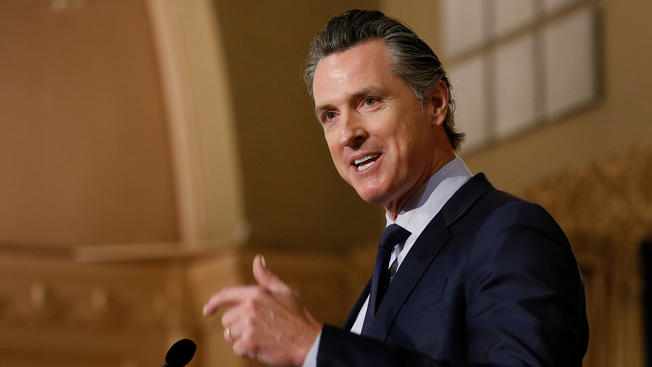 In his announcement on the moratorium, Governor Gavin Newsom framed the issue as a personal journey rooted not just in the immorality of the death penalty, but also in the idea that there are people on death row who are wrongly convicted.

In his formal comment, he stated: “Innocent people have been sentenced to death in California. Since 1973, 164 condemned prisoners nationwide, including five in California, have been freed from death row after they were found to have been wrongfully convicted. No person has been executed since 2006 because California’s execution protocols have not been lawful. Yet today, 25 California death row inmates have exhausted all of their state and federal appeals and could be eligible for an execution date.”

The numbers, as he ran through even at conservative estimates, are that four percent of those on death row are innocent, which would mean “at least 29 of California’s 737 individuals awaiting execution are innocent.”

He also quoted Bryan Stephenson, whose Equal Justice Initiative is based on that Alabama has freed many death row inmates from wrongful convictions: “We have a system of justice that treats you much better if you’re rich and guilty than if you’re poor and innocent.”

Reactions have poured in, both good and bad.

The three executive directors of the California ACLU affiliates, Abdi Soltani (Northern California), Hector Villagra (Southern California) and Norma Chávez Peterson (San Diego & Imperial Counties) stated in part: “For decades now, California has propped up a costly, flawed death penalty system that has failed to deliver on its promise of justice and puts the lives of innocent people at risk.”

“There is no doubt that the death penalty is rooted in this country’s legacy of racism. A moratorium on executions in California is a significant step toward ensuring our state’s justice system is fair, racially equitable and truly just.”

Cassandra Stubbs, Director, ACLU Capital Punishment Project, pointed out: “The impact of Gov. Newsom’s decision cannot be understated. By suspending the death penalty in California, Newsom reduced the number of death row prisoners in the United States under threat of execution by over 25 percent.”

She also noted: “The death penalty in California, and everywhere it is practiced in America, is inseparable from the taint of racial discrimination. In fact, racial bias does not come at one stage of this process — it permeates the entire process. Prosecutors discriminate against jurors of color in jury selection, and the death penalty is used overwhelmingly in favor of white victims rather than victims of color.”

Senate President Pro Tem Toni Atkins commended Governor Newsom for having “the courage and conviction” to impose this moratorium.

She said, “There is no evidence that the death penalty makes our communities safer. Research shows capital punishment is ineffective as a deterrent, and states where the death penalty has been abolished have not experienced an increase in homicide rates.”

She continued: “While there is no way I can put myself in the shoes of every victim’s family, from my own personal story of losing my older brother to murder a decade ago, I wouldn’t – and couldn’t – support the death penalty even in that situation.”

She concluded: “This is an important first step in what will certainly be a long process but it is the right thing to do. I stand ready to work with the Governor to put an end to the death penalty in California, once and for all.”

Senator Nancy Skinner added: “Our criminal justice system is based on the bedrock principle that no person should ever be wrongfully convicted. And yet such wrongful convictions happen. Just last year, Vicente Benavides Figueroa was released from California’s Death Row after being behind bars for 25 years for a crime he did not commit. Unfortunately, he was not alone. Since 1976, more than 160 Death Row inmates nationwide, including five in California, have been exonerated.

“Embedded in our constitution is equal protection under the law, but the death penalty, by its very nature, undermines that principle because it can put the life of an innocent person at risk,” she continued.  “Moreover, capital punishment, since its inception, has been plagued by racial bias and gross disparities. The fact is, a person of color is far more likely to be sentenced to death if they’re convicted of killing a white person. That’s unconscionable. It’s also immoral.”

Assemblymember Kevin McCarty: “I applaud Gov. Newsom’s decision to suspend California’s death penalty. The California death penalty is racially and economically tainted. In a state as great as ours, where there is supposed to be ‘liberty and justice for all’ the reality of capital punishment disproportionality affects people of color. Capital punishment is unjust and costly to taxpayers, California spent $5 billion over the last four decades on the death penalty system. Glad to see Gov. Newsom leading with moral courage and empathy.”

On the other hand, Yolo County DA Jeff Reisig, an outspoken supporter of the death penalty, slammed the decision.

He told the Winters Express that the executive action granted “leniency to mass murderers, child killers and hundreds of other heinous convicted killers on death row” and was a “flagrant rebuke to our democracy and another devastating blow to victims of crime.

“The voters of California have supported the death penalty again and again over the years, including their approval of Proposition 66 in 2016 to ensure death penalty implementation,” Mr. Reisig told the Express. “With the stroke of his pen, Newsom has unilaterally trumped the will of the electorate and guaranteed that victims of crime will not see the justice that they were promised by judges and juries through due process of law.”

Marcos Breton in his Bee column argued that “death row is filled with killers, not martyrs.”

He writes: “Personally, I would join in the cheering of Newsom if I weren’t haunted by the heinous details of unspeakable crimes committed by some of the men spared by Newsom’s pen and his flair for the dramatic.

“Remember the victims? They received only passing mention from the governor after he announced his reprieve and, quite frankly, this is a weakness in the progressive movement – the inability to acknowledge that some convicted death row inmates really are guilty, some really did commit heinous acts. Some really aren’t worthy of sanctification for the purposes of making anti-death penalty arguments.”