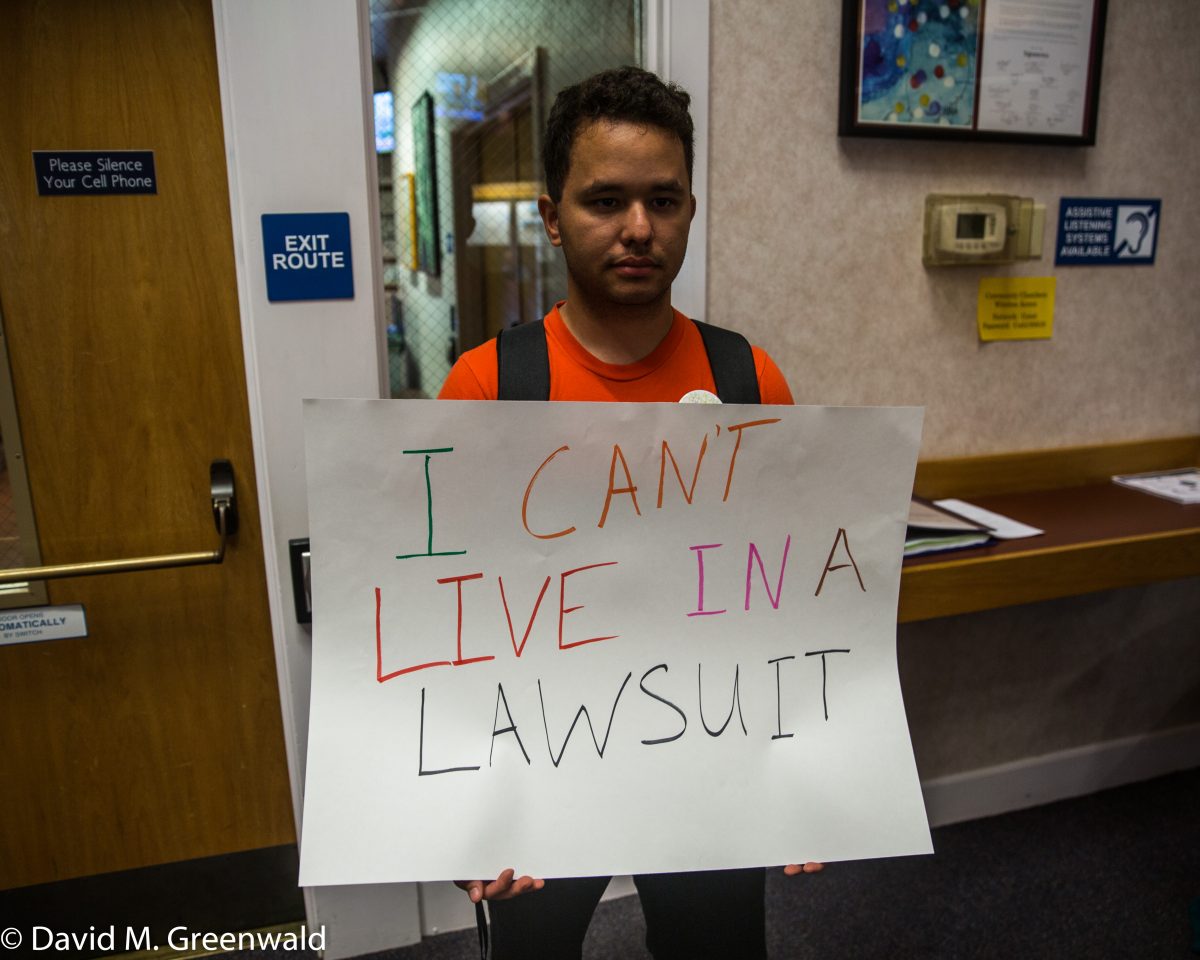 On Wednesday, Judge Stephen Mock, while rejecting the CEQA (California Environmental Quality Act) exemption, ruled that Susan Rainier’s petition for a writ of mandate was denied because the project EIR (Environmental Impact Report) is “legally adequate.”

The court here notes that an EIR is under the law “presumed to be legally adequate” and thus the challenging part “bears the burden of establishing otherwise.”  The court ruled that Ms. Rainier, the petitioner, “has not met that burden.”

Susan Rainier in her complaint raised six grounds for arguing that the CEQA analysis was inadequate.  These were all rejected by the court.

In a statement from City Manager Mike Webb, “The City is pleased with the Court’s tentative ruling in the Lincoln40 case and agrees with the Court’s conclusion that the City went through a comprehensive environmental review that was fully supported by the record before the Court.  While the ruling is not yet final, we will strongly encourage the Court to uphold its determination on the EIR as its final ruling at the upcoming hearing.”

Still, the city was not that happy with the rejection of the CEQA exemption.  Here the court ruled that “neither the planning commission meeting agenda from January 10, 2018, nor the city council

hearing agenda from March 13, 2018, discuss the exemption from CEQA or the sustainable communities finding.”

The court ruled, therefore, that the city’s “notice of the ground for its exemption determination was insufficient” and added “petitioner was not required to administratively exhaust to assert that the Project is not subject to the CEQA exemption.”

The court further ruled that the project fails to meet “the requirements of a sustainable communities project because the City did not perform a preliminary endangerment assessment.”

Due to this, the court writes that “the Project does not meet the requirements of Public Resources Code section 21155.1(a)(4) and therefore is not exempt from CEQA review.”

Mr. Webb was disappointed by the decision by the court that the project was not exempt from CEQA as a sustainable communities project.

He told the Vanguard, “(We) will take our opportunity at the hearing to explain why we believe that this project should have qualified for the exemption.  Regardless of the outcome on the CEQA exemption, however, the City agrees with the Court that we went through an extensive environmental review for this project, and a final ruling in this case will be a significant step towards providing much needed student housing in the City.”

But on the whole, the city, the applicants and some student leaders were pleased that the ruling seems to pave the way for additional and much needed student housing to be built.

Paul Gradeff of Highbridge, the applicant, expressed appreciation at the ruling overall: “We are thrilled with the trial court’s tentative ruling upholding the exhaustive environmental impact report prepared by the City. We believe Lincoln40 represents an exceptional infill development that includes an innovative affordable component without compromising the character of the neighborhood or the environment.”

But the specter of student housing needs hangs over this.

“As parents, our hope is that our children will outperform us in every imaginable way possible. For many, sending our children to college or some form of higher-education is one of the greatest accomplishments that a parent will enjoy,” Mr. Gradeff explained.  However, he told the Vanguard, “as the Vanguard has regularly reported (e.g. “2018 in Review: Student Housing Crisis” and “Bill Would Allow Homeless College Students to Sleep in Parking Lots on Campus”), the City of Davis and indeed California is in the midst of a massive housing crisis that has left many college students in California unable to afford housing near their college campuses or, alternatively, has forced many to live on the streets to realize their dreams.”

He said, “This crisis is unconscionable.”

While many students are focused on finals this week, Aaron Latta, who has spearheaded the student movement for housing, told the Vanguard, “In the year this project has been needlessly on hold, the housing crisis in Davis has only worsened. Hopefully, following this case our fellow Davis residents will see the need for homes, not lawsuits, and I am very thankful to the city for its efforts to defend the right of student residents to have a roof over their heads.”

Don Gibson, from the Graduate Student Association, noted that while he is happy with the ruling, he said that “it is still very concerning to me that a handful of individuals can block housing for hundreds of people in the middle of a statewide housing crisis.”

He pointed out, “Over a year delay means that rents continue to go up, more mini dorms pop up, and those with the least money and smallest voices continue to be marginalized.”

Mr. Gibson noted that a new survey on housing “found that approximately 2 percent or around 600 students reported living in a car, or something not designed as a place for housing at some point last year.”

He believes that if Lincoln40 were built and finished tomorrow, “maybe (some) of those 15 percent affordable beds would have made a real dent in this number. Affordable beds for students in an innovative project Davis should be proud of but, yet again, a few rich Davisites continue to try to override the will of council and the voters. Maybe they should spend their hard-earned money not on lawsuits but on funding new housing shelters.”

The ruling is still tentative and Judge Mock has set a hearing for either April 5 or April 12 for potentially further arguments.