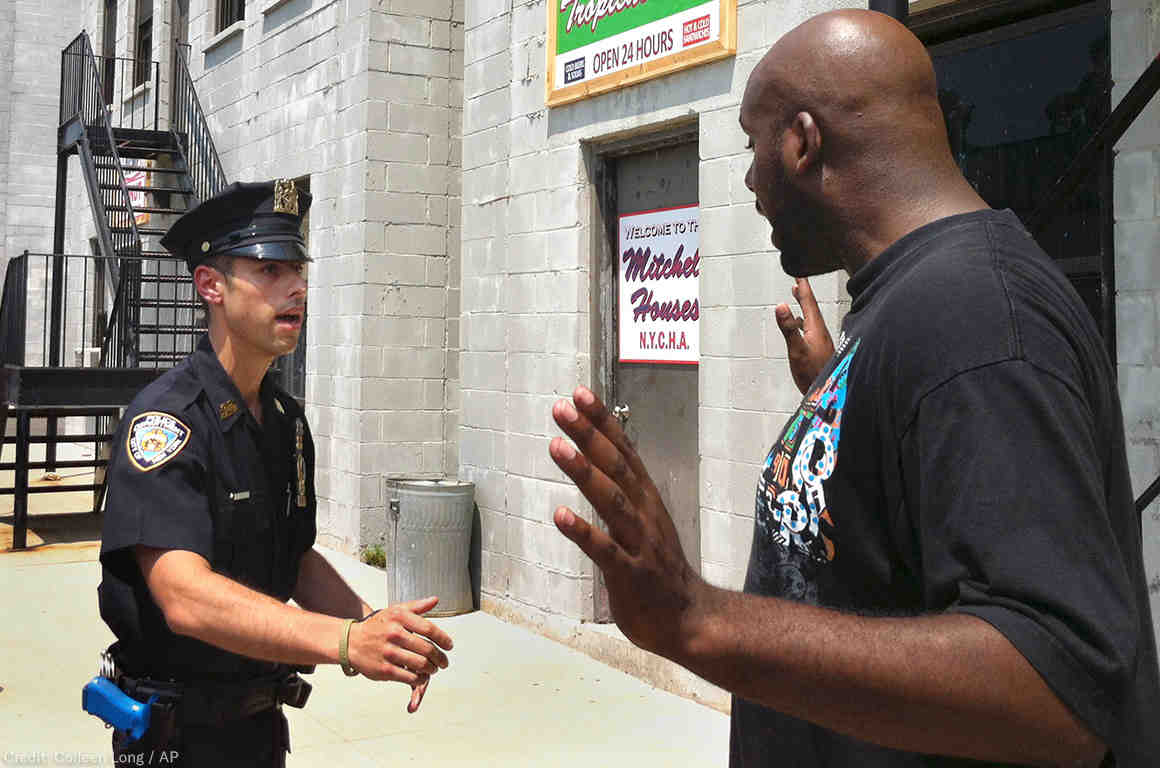 By Michelle Shames and Simon McCormack

Though the NYCLU believes the actual number of stops is considerably higher because officers are failing to document many stops, current stop activity undoubtedly is a small fraction of what was occurring during the Bloomberg years.

One of the keys to this dramatic decline was transparency. In 2007, the New York Civil Liberties Union successfully sued to get access to the NYPD’s stop-and-frisk database, which contained information about the stops that were taking place and who was being stopped. Then in 2012, we released a report analyzing NYPD stop-and-frisk activity in 2011 with a level of detail never before available to the public.

That report helped push stop-and-frisk to the forefront of the unfolding campaigns to replace Bloomberg. One candidate who embraced stop-and-frisk reform was then-Public Advocate de Blasio, who at the time was considered a long-shot candidate.

By the time de Blasio took office in November 2013, public pressure had forced Bloomberg and his Police Commissioner Ray Kelly to start curtailing stop-and frisks. Three lawsuits, including one led by the NYCLU, laid the ground work for reducing stops further.

As stops declined, politicians and media outlets shrieked that crime would soon skyrocket. They were wrong. Some have even admitted it.

As stops have receded, crime in New York City has dropped significantly, with 2018 seeing the lowest number of recorded homicides in nearly 70 years. New York’s experience proves, unequivocally, that police do not have to stop hundreds of thousands of innocent people to bring down crime.

Even though the NYPD is now stopping far fewer people, our new report, which analyzes stops during de Blasio’s first term in office, highlights serious problems that remain with the current incarnation of stop-and-frisk.

It’s worth keeping these statistics in mind as de Blasio continues to cling to the ideology of “broken windows” policing, which posits that cracking down on minor misbehavior helps curtail more serious crimes. In practice, this philosophy continues to disrupt and destroy thousands of Black and Latino lives throughout New York City.

Aggressive stop-and-frisk practices are an ugly manifestation of “broken windows.” And while we don’t want to undersell just how important the huge drop in stops is, we also know that we won’t have just policing until “broken windows” is abandoned completely.