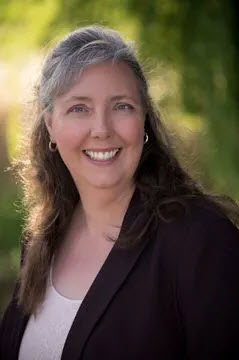 As a child in Denmark, Iben Wilson rode her bike everywhere…to see friends, to the movies. She loved the independence biking brought to her.

Wilson’s love affair with Davis began when, as a 10-year-old, her father suggested that she visit her grandmother in Davis for one year so that she could learn English to be able to communicate with the American side of her family. Wilson begged her mother to let her go. Finally, her mother acquiesced. Wilson loved every minute of her 10-year-old life in Davis! While Wilson was in Davis, her family moved from Denmark to a suburb of New York. “Even though I reunited with my family in New York, my heart remained in Davis with my grandmother,” she said.

After arriving in New York, Wilson was surprised to discover that in the United States, there was no space for bicycling, no infrastructure. The independence and freedom biking gave her were gone. After six years in New York, Wilson moved to Davis. She was seventeen. Home sweet bicycling home! She was surprised to learn that Davis’s bike lanes were inspired by those in Denmark.

And, the love affair is still going strong. Wilson has lived in Davis since 1984. Retired from UC Davis after 20 years in various departments as a financial analyst, she decided to go into real estate because of her love of people, home and numbers. Recently, she further honed her business and let go of the Sacramento market to focus on Davis. (Wilson shares what she loves about Davis in her blog.)

“There are so many things to see and do in Davis. I love the special qualities of Davis’s distinct neighborhoods,” said Wilson. She enjoys exploring Davis on bike and meeting its wide variety of stakeholders. She often sends The Bike Campaign’s Davis Bike Maps as a special gift to her clients. She and her husband Everett saw The Bike Campaign’s New Year’s Day Polar Bear Ride event in the paper and joined the fun. (Read more about Iben’s adventure on the Polar Bear Ride.) 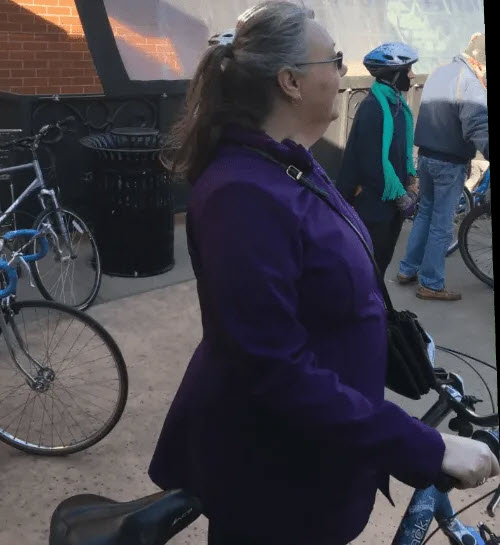 Her doctor advised, “Biking is the best thing you can do,” to improve a chronic knee problem. She often bikes to her office and meetings. “I got tired of spending so much time driving around looking for parking,” Wilson said. “Everett and I often ride our bikes downtown when we go out on a date,” she said. When their two sons were young, they had a Burley bike trailer. “My youngest son would clap all the way to preschool,” she said.

“I’m working on making bicycling my main mode of transportation. It’s so refreshing! It simplifies life. It’s great to observe nature, breathe the air, get the circulation going, and clear the mind. Biking beats paying a gym membership. It feels great to be connected and to integrate exercise into my life, rather than making it a to-do,” Wilson said. She is enjoying getting to know the different bike groups in Davis who are dedicated to strengthening our Bike Culture.

Iben Wilson’s advice? “Explore downtown on your bike. Feel the freedom. Let your kids ride to school—let them be independent.”

This release was produced by The Bike Campaign. To learn how to “Drive less. Ride more,” contact Maria Tebbutt at funmaria@sbcglobal.net or visit www.thebikecampaign.com.

2 thoughts on “Why I Ride – Iben Wilson”