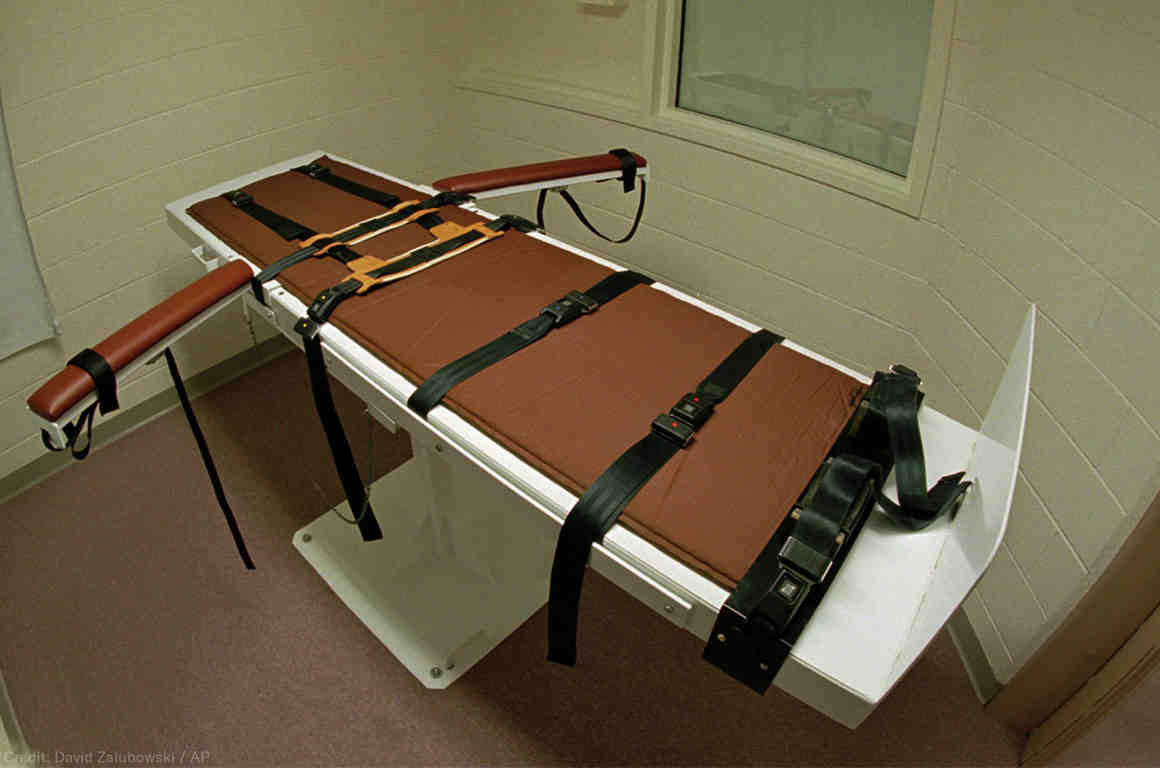 By Denise Maes and Helen Griffiths

In July 2012, Coloradans were devastated by the now-infamous murder of 12 moviegoers in the town of Aurora. Despite the trauma and grief that crime caused, a local jury three years later refused the prosecutor’s request to impose the death sentence against the convicted perpetrator. At the time, The Denver Post observed, “The death penalty in Colorado has effectively expired. And it didn’t happen because of bleeding-heart lawmakers or activist judges. It happened because juries themselves wanted no part of it.”

Coloradans turned their back on the death penalty in one of the state’s darkest hours this century. They were right to do so. Now, with a new bill, the state has the chance to abolish the practice once and for all.

Police chiefs rank the death penalty last among effective ways to reduce violent crime. And the data supports this belief. Between 2000 and 2010, the murder rate in states with capital punishment was 25-46 percent higher than in states without it. The death penalty does not protect or save lives — it only takes them. And Coloradans are paying dearly in time and money, to say nothing

of morality, for this ineffective system.

A death penalty trial costs Colorado taxpayers about 15 times the amount of a life-without-parole trial, and it requires over six times more days in court. Colorado could save $1.5 million a year by eliminating the death penalty. These monies can and should instead be dedicated to addressing the 1,200 unsolved murder cases in Colorado.

As Gail LaSuer, a Coloradan whose daughter was murdered, explained, “I would rather have a larger number of people caught than to have a few executed.”

More important than its cost, the death penalty is profoundly unfair. It is applied randomly and discriminatorily, and it is imposed disproportionately upon people of color convicted of murder, people convicted of murdering a white victim, and people convicted in certain geographic regions of the state. For example, a person of color in the 18th Judicial District in Colorado is 14 times more likely to face the death penalty than a white person in another district. A person’s race, the race of the murder victim, and where either lives should not be what decides who lives and who dies.

On top of this, our criminal justice system fails to protect the innocent from execution. Colorado executed Joe Arridy, who was proven innocent after execution and had spent the last seven years before his alleged crime in a mental institution.  The state’s error meant a man lost his life for no reason. By retaining the death penalty in Colorado, we continue to risk that the government will execute an innocent person. That should be unacceptable to all Coloradans.

Extending these harms even further, the death penalty can be traumatic for correctional employees as well.

Colorado Warden Wayne Patterson was forced to pull the lever himself in an execution, although he opposes capital punishment. He described the experience as emotionally wrenching. Numerous wardens, executioners, and correctional officers suffer from PTSD as a result of their involvement with the death penalty.

Furthermore, American medical bodies consider participation in executions to be a breach of ethics. Because of this, prison officials must call on untrained executioners who often inflict unnecessary pain.

Since the introduction of lethal injection, over 7 percent of executions have been botched, resulting in agonizing deaths. This is not surprising considering the drugs used in lethal injections have never been validated through medical testing for use in executions. An unlikely anti-death penalty movement has arisen in the corporate world as a result.

Unwilling to be complicit in this cruel, unjust system, two dozen companies have blocked the use of their drugs in lethal injections, including the only U.S.-manufactured drug used in Colorado executions. Drug companies manufacture their drugs, as Pfizer recently said, “to enhance and save the lives of the patients we serve. Consistent with these values, Pfizer strongly objects to the use of its products as lethal injections for capital punishment.” In response to action by drug companies, prisons have substituted untested drugs, passed or attempted to pass secrecy laws barring the public from knowing which drugs are used, and have asked compounding pharmacies for drugs to use in executions, although the pharmacies then have no oversight ensuring the efficacy of their products.

The fact that states are taking extreme and unethical steps to procure untested drugs to kill people is abhorrent. Taken with everything else we know about the practice, it is a clarion call for change. State-authorized killing is inconsistent with the fundamental values of our democratic system. It is often cruel and unusual in violation of our Constitution, and it can risk torture.

Colorado legislators must vote to end this broken system and stop it from corrupting the state’s criminal justice system even more than it already has.