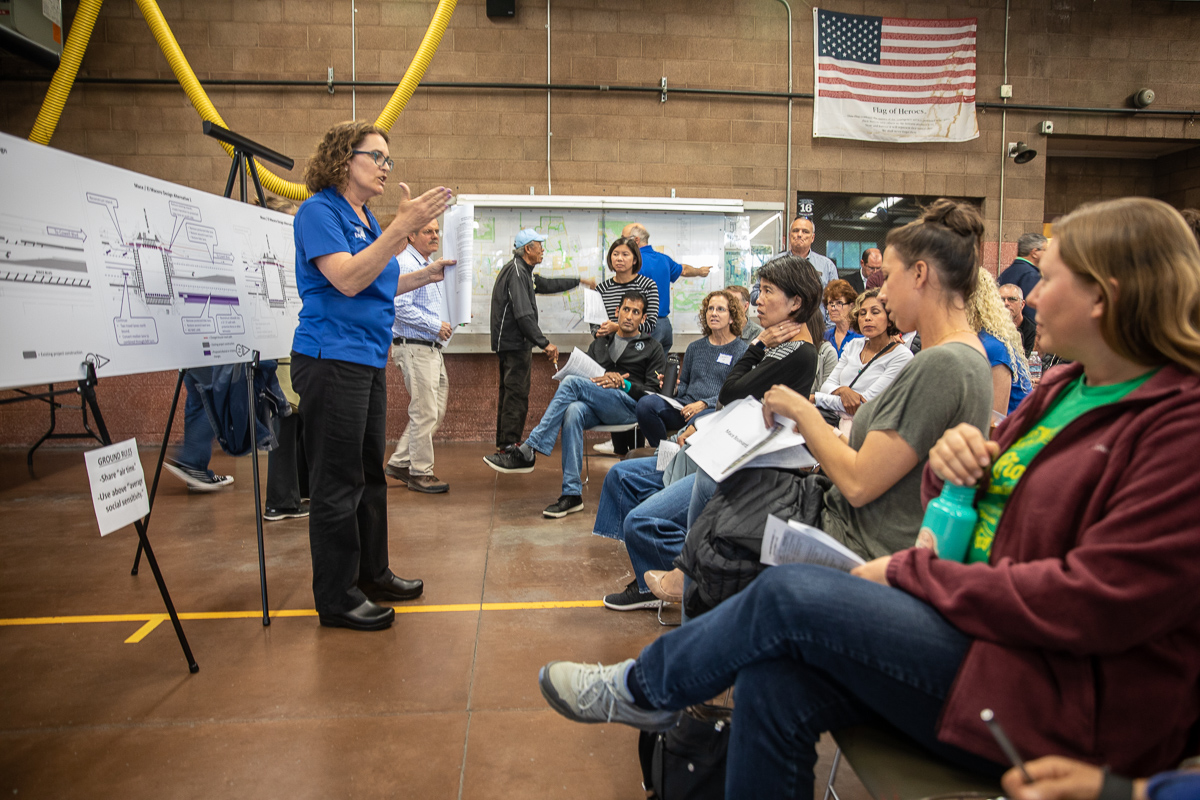 On Tuesday night, the Davis City Council agreed at least in principle to have a design firm make revisions to the now complete Mace Boulevard project.  One of the interesting factors on Tuesday night was, unlike previous meetings where the angry voices literally drowned out people who were supportive of the project, a fair number of people came out in support of the current re-design.

Especially parents of school children expressed concern about the safety of the previous road design and were grateful that there were steps taken to slow down traffic and separate pedestrians and bicyclists from what they view as previously a dangerous thoroughfare.

While the council pushed for immediate changes in the turn radiuses and the intersection of San Marino, the longer-term fixes will include expanding sections back to four lanes.

But this work will come at a cost.  Staff estimates that the unallocated remaining budget for the project is currently at $479,000 but stated, “After redesign plans are further developed better cost estimates will be generated.”

Supervisor Jim Provenza was on hand on Tuesday for the entire discussion, but did not speak during public comment.

Previously he told the Vanguard, “It’s a big mess and people are working hard to try to find a solution.”

He explained, “I’m working with a working group of citizens from the county and El Macero as well as South Davis residents who live close to Mace Boulevard and we’re going to look at these alternatives and try to give some feedback.”

On Tuesday, several residents of El Macero got up to speak and demanded that the council restore the road back to its previous design.

An El Macero resident spoke on Tuesday stating, “I represent an ad hoc committee that was put together by Supervisor Provenza to advocate between the county and the city on some of the issues that

we find concerning over Mace.”

She expressed concern both over safety and the effect on the economy with the reduction down to two lanes, particularly on the farming community, “which I don’t think was consulted when this project was put together.”

She said, “The right turn lane pockets is a great idea, we would really like to see the return of those turn lanes.  It will reduce congestion and reduce the possibility of rear-end collisions.”

Another resident of El Macero said, “The reason I’m here is our frustration.  The current design is a totally brain dead and also a sophomoric design.”  He said that “the only redeeming value I see is that it is providing safe bike lanes.”

Elly Fairclough, a Davis resident, also served on Supervisor Provenza’s ad hoc committee.  She called this “a fix on steroids that is really not appropriate to the neighborhood.”  She likened it to “a video game” arguing “they do not take into consideration context.”

An interesting aspect of this discussion is the folks who live in El Macero are not residents of the city of Davis.  El Macero is unincorporated and the residents are not city residents but rather reside in the county.

So here was a group of residents who live in an area that has chosen to be separate from the city of Davis and they are demanding changes to Mace Blvd. with costs that would be born exclusively by the citizens of Davis.

It is rather striking that, first of all, not one person who spoke from El Macero seemed to acknowledge that this was a cost to the city of Davis for which they as residents of El Macero would not pay.

Second, not one person on the city council raised this point during the public proceedings.  At no point did any member of the city council mention the need for even the discussion of cost sharing.

Finally, it is telling that the county supervisor in this case is Jim Provenza, who represents not only El Macero but all of South Davis on the County Board of Supervisors – at no point did he speak on Tuesday and discuss whether the county would be paying their share of the costs to the city of Davis to renovate or restore the roadway, partially in response to complaints from El Macero residents.

Given the costs of the road reconstruction to the residents of the city of Davis, it is frankly surprising that no one raised the specter of cost sharing between the city and county – particularly given that Supervisor Provenza was present.

Residents of El Macero have made demands here of the city of Davis from the start, even as it is becoming less and less clear that there are really traffic congestion problems as the result of the reconfiguration of the roadway – and yet none of them have stepped up to discuss fair share of costs.

To be clear, this is an issue of fair sharing – not a claim that residents at El Macero do not have the right to request changes to the roadway or a demand that they pay for the entirety of the changes.

26 thoughts on “Commentary: Should El Macero Residents Pay for Their Portion of the Roadway Upgrades?”