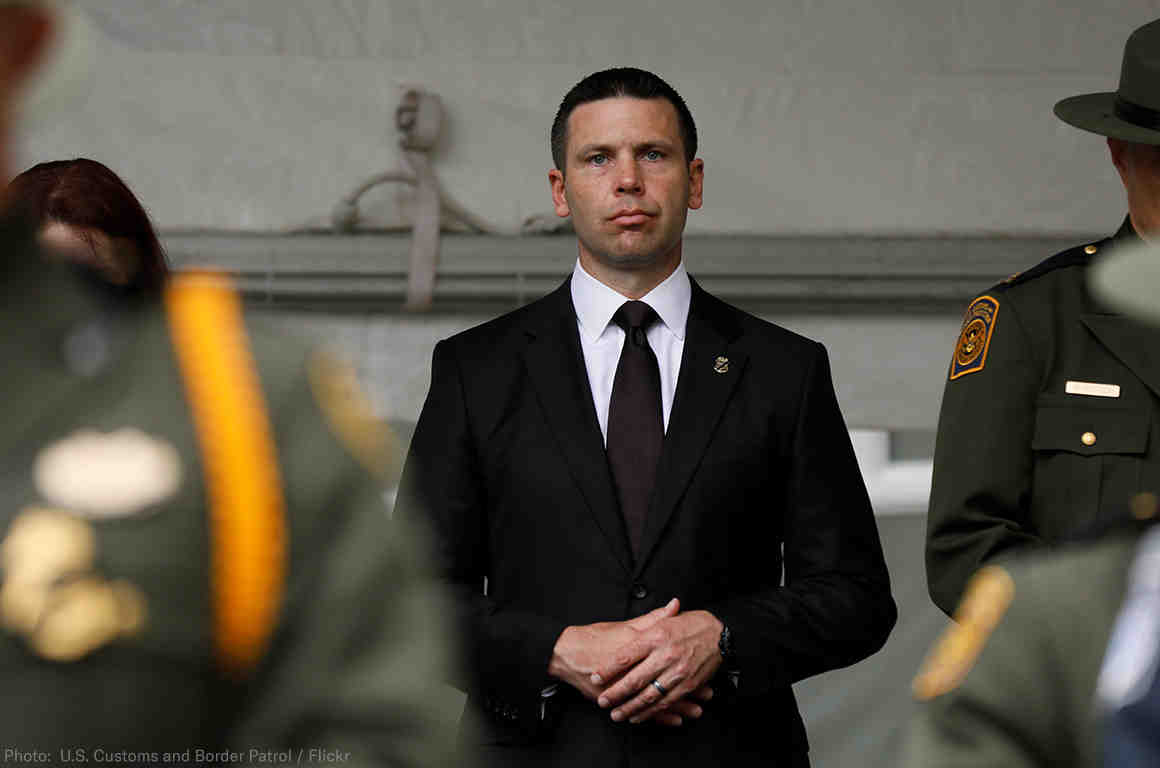 With his selection of Customs and Border Protection (CBP) Commissioner Kevin McAleenan to serve as acting secretary of the Department of Homeland Security (DHS), President Trump has once again shown that he has no regrets over his administration’s disastrous policy of separating families.

McAleenan was one of the three DHS officials to recommend the cruel and inhumane policy to outgoing Secretary Kirstjen Nielsen, writing that the department’s best option to “increase the consequences for dangerous illegal crossings” was to “direct the separation of parents or legal guardians and minors held in immigration detention so that the parent or legal guardian can be prosecuted.”

Despite signing the family separation memo and overseeing the very agency that implemented the policy, McAleenan stated in an interview with the Los Angeles Times that “we do not have a policy of administrative separation.” He later made the absurd claim that family separation was meant to “protect families and children,” even though child welfare experts had warned that “separating children from their mothers or fathers leads to serious, negative consequences to children’s health and development.”

Alarmingly, the president may bring back an expanded version of his administration’s family separation policy. According to NBC News, McAleenan has already indicated that he would be open to resuming large-scale family separation, and CNN reported that Trump “wanted families separated even if they came in at a legal port of entry

and were legal asylum seekers” and “wanted families separated even if they were apprehended within the U.S. He thinks the separations work to deter migrants from coming.” While the president has denied this, he also defended family separation by saying that “once you don’t have it,” migrants will be coming to the country “like it’s a picnic.”

McAleenan’s involvement in family separation ― and his reported willingness to re-open that shameful chapter ― is just one element of his service to Trump’s policies that maximize cruelty.

On his watch, children in CBP custody have been violently abused and neglected. In December, 7-year-old Jakelin Caal Maquin and 8-year-old Felipe Gomez Alonzo died in CBP custody ― deaths that experts have described as preventable. McAleenan failed to notify Congress within 24 hours of Jakelin’s death even though it was required by law and he again omitted the tragedy when testifying before the Senate shortly thereafter. CBP has forced migrant families to sleep in dangerous conditions underneath an El Paso bridge, putting the health of hundreds of people in jeopardy. The agency fired tear gas at asylum-seekers across the border in Mexico, including toddlers. When asked during a CNN interview why the chemical agent was used ― especially in light of children being present ― McAleenan said it was “very unfortunate that parents [were] putting their children at risk and bringing them into that situation to try to rush through the border illegally.” CBP agents are also notorious for committing ethnic profiling, carrying out illegal searches, and seizing religious items, such as bibles and rosaries, from migrants.

McAleenan has also been intimately involved in Trump’s border wall designs and construction, even defending his unconstitutional emergency order to shift funds towards building the wall, contrary to Congress’ constitutional power of the purse.

This latest change in DHS leadership comes after Trump withdrew the nominee to lead Immigration and Customs Enforcement and reports that the head of U.S. Citizenship and Immigration Services and the head DHS lawyer are set to resign. Reports suggest that, even though DHS leadership has repeatedly violated the law and executed blatantly inhumane policies throughout Trump’s tenure, the president is seeking even more compliant officials so that he can ratchet up the illegality and the inhumanity even further.

While we are still waiting to see Trump’s nominee for a permanent head of Homeland Security, by elevating McAleenan, the president has signaled that he seeks to create an even more brutal and lawless department.

Brian Tashman is a Political Researcher and Strategist with the ACLU