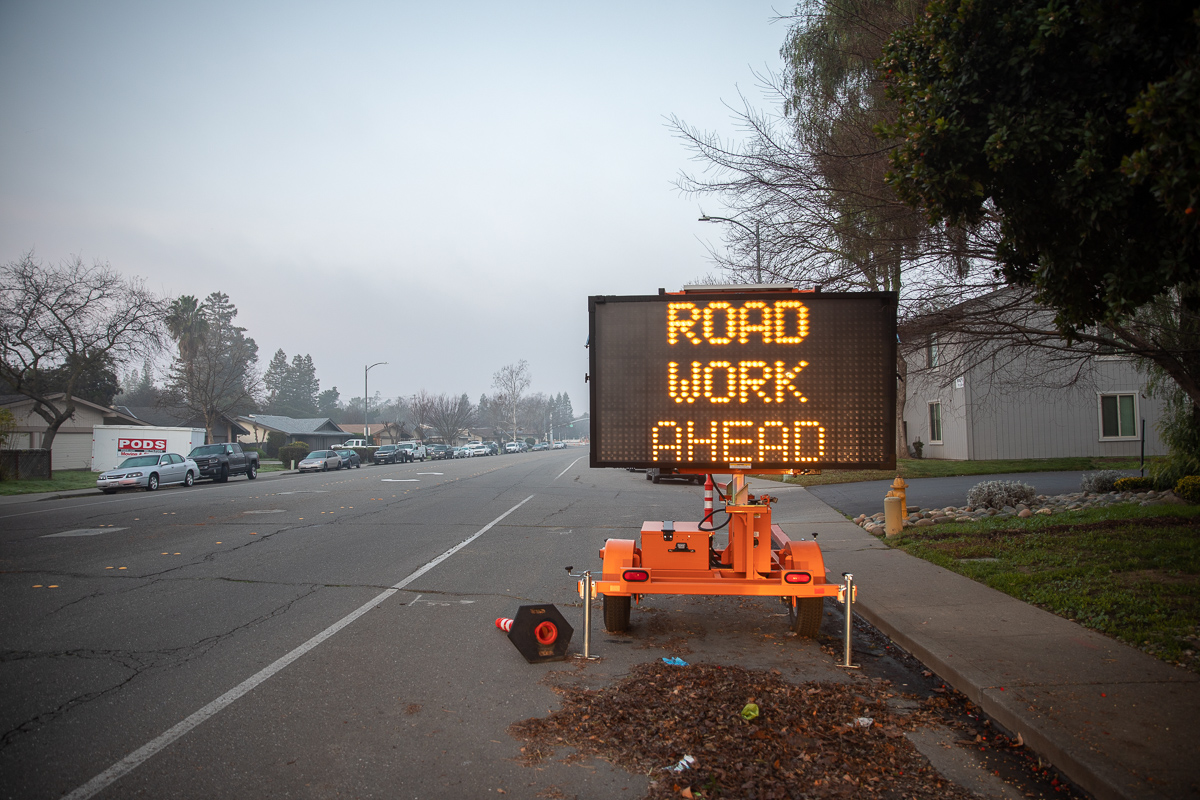 Following my commentary on Mace from Thursday in which we called for El Macero residents to pay for their fair share of the roadway revisions that they were demanding, I received a letter in response which asked: “Why would El Macero have to pay for redoing a redo that didn’t need to be done?”

She raises the subject point: “In the first meeting we had with the city the manager said they have a grade for every street and intersection in Davis. When asked what our grade was on Mace he said it was a B!  Not a D! Not an F but a B. We were doing fine. No one consulted us about any changes and in fact they didn’t consult the county.”

I would first be tempted to respond: why should the bulk of Davis residents have to pay for roadway changes that do not need to be made at this point?  What we have seen for the most part is that traffic congestion occurs along Mace when traffic is at its worst on I-80.

For several weeks following construction, the roadway impacts seemed to be reduced, as traffic along I-80 ramped down from the height of ski season.

However, this past week, the road was again congested, at least temporarily, on Mace.  I noted after several weeks of smooth sailing going from Harper to South Davis in the other direction – southbound – that the traffic was backed up.  Again, I note this because clearly southbound traffic backing up on Mace is unimpacted by any road re-design.

I saw Facebook posts at 4 pm complaining about traffic along Cowell being backed way up, but by the time I drove through that intersection at 6 pm, it was clear in all directions.

It is worth noting that traffic was bad on Thursday pretty much everywhere. I had to drive from downtown out to Harper and Montgomery and then back to West Davis – the traffic as the result of the

closure on L Street has generated traffic back ups all week.  It took three light cycles to make a left from Fifth onto southbound Pole Line around 5 pm.

In short – it seemed like traffic was just bad on Thursday evening.

But demands to restore Mace Boulevard seem premature at this point.  Staff warned in their staff report that, given traffic algorithms and Waze and other app technology, creating more capacity could result in the apps “routing more cars through the corridor … resulting in similar congestion problems.”

In other words, increasing capacity may simply encourage the algorithms to direct more traffic through the corridor.  We may make these changes, spend all this money, and it may not help at all.

The demand to fix things before we understand them could result in great costs that produce no clear relief from the problems of congestion.

But I want to especially call out the letter writer for the argument that the redesign “didn’t need to be done.”  Perhaps from the standpoint of a resident without children, who primarily drove through the corridor, she would be correct.

What was nice about Tuesday was we heard other voices as well.  For instance, a mother who had served on the Pioneer PTA as the bicycle program chair.  She pointed out the need to keep track of all the people using Mace, “not just the cars.

“When I was chair of the bike program, we didn’t actually encourage more kids to bike and the reason was because we didn’t want to cause more safety issues because putting small kids out on Mace when there isn’t protection between the cars and the kids is a little dangerous,” she explained.  She said, “It’s four lanes of traffic and it’s a very fast road.  People use it like a freeway.”

She pointed out it has been very little time since the road has been in use without construction.  “I would really like to see what this is like for the remainder of the school year and really pay attention to what the traffic patterns are going to be like,” she said.

Another South Davis resident came to public comment to thank the council for the improvements on Mace.  He told the council that the complaints about Mace “are not factual now that the construction is complete.”

He did acknowledge that “it was frustrating when the construction was going on.”

He noted that he lives to the west of Mace and has kids that he would like to be able to bike to school.

“Mace before the project was terrifying,” he said.  “There was no way that most people who live west of that street were going to allow their kids to go north or south on that street and then cross it.”

Another man who lives on the corner of Mace and El Macero is on the PTA of Pioneer with two children at the school.  He also voiced his support for the project as it current is, as a South Davis resident who uses Mace all the time.

“I’m very happy with the improvements that have happened to the road,” he said.  “Until now we haven’t really had reason to voice our support because we’ve been happy with the changes.”

He said, “How it was before… it was terrifying.  You would ride down the side of road and there would be tomato trucks screaming past you at 60 miles per hour within three feet of you.

“I took the kids on the bike path yesterday for the first time and it was glorious,” he said, noting the safe space, wide area and separation from vehicles forced to slow down.

These are just some of the parents’ views that were really expressed for the first time on Tuesday night.  As we noted, for the first, the views expressed during public comment were almost evenly split.

But the idea that there were not problems on Mace before the redesign is based on one perspective – the perspective of older residents, those without kids, and those who were not going to be biking or walking along Mace, particularly with young children.

Those from Pioneer living along Mace have a very different view.

My point on Thursday was that El Macero residents were demanding changes at the cost to Davis residents without offering to pay a fair share.  Neither they nor Supervisor Jim Provenza stepped up to offer a way forward in terms of cost.

The letter writer argued: “This was not thought through and it isn’t the fault of the El Macero residents. If anyone should be sharing the cost of the fix, it should be the city council members and the city workers that went to the Netherlands and voted to fix a road that wasn’t broken.”

Except that view is subjective and limited to the view of automobile users, rather than families and bicyclists.

At this point, rather than throw more money at this problem, I would urge the city to take the view of Gloria Partida and Lucas Frerichs – fix the immediate problems but also wait and see how the road actually performs over time before we make further changes.

12 thoughts on “My View: Mace Before the Redesign Was Dangerous for Kids and Bicyclists”