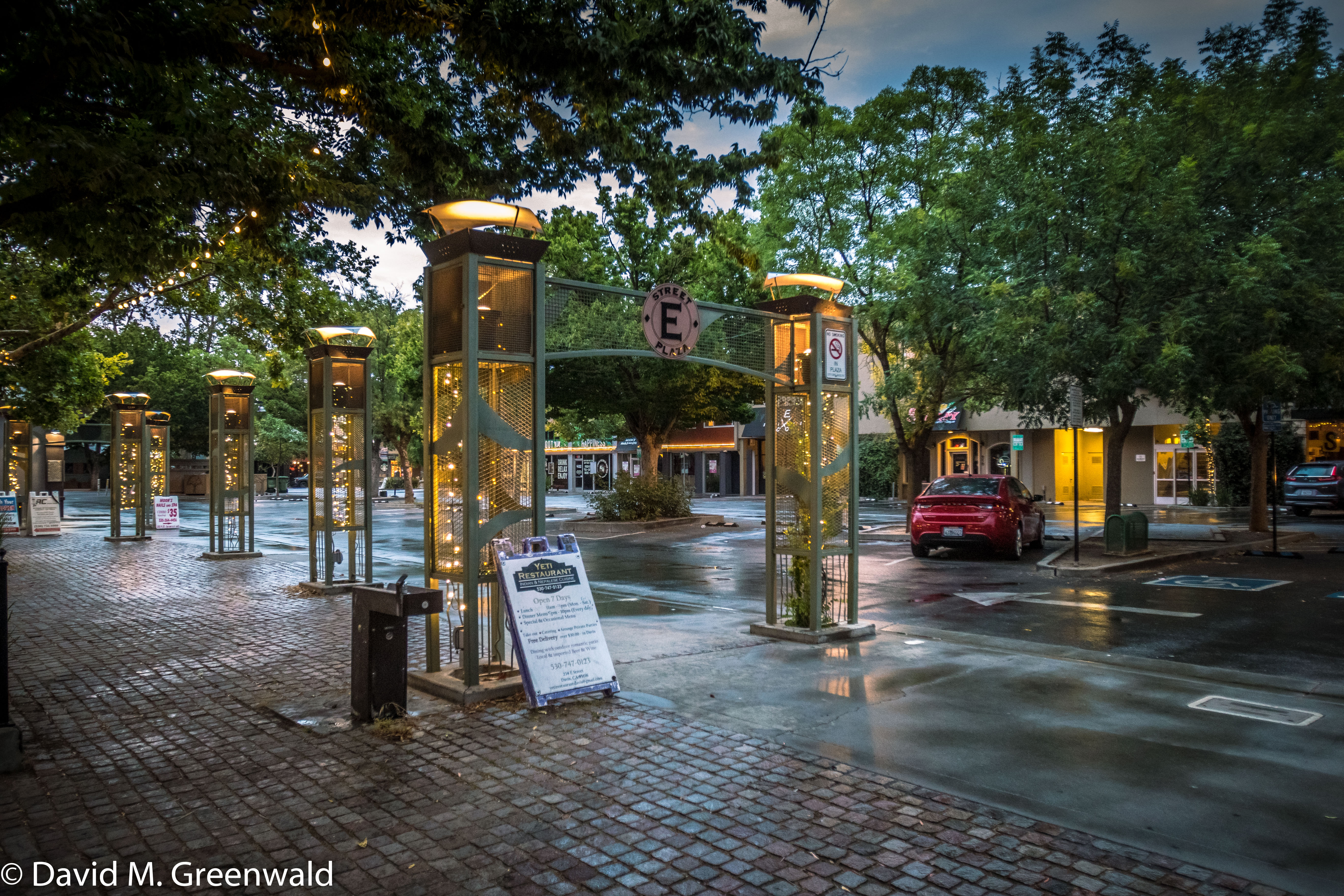 Last week the Davis Downtown Plan Advisory Committee (DPAC) met to consider a number of recommendations that could form the basis for a draft Downtown Plan.  Among their recommendations in general was support increasing intensity in the core, but not in transition areas or along the periphery of the core.

However, they did not support changes to properties along University and Rice Lane.  They also passed a motion to more clearly address the number of stories, with a maximum of three stories, to address the concerns in the edge transition areas next to existing neighborhoods.

This suggests, at least preliminarily, that there will be greater density within the core, but that the DPAC wanted to limit height to three stories in transition areas and leave areas like University Avenue and Rice Lane alone for now.

As noted in previous accounts, one of the bigger debates will be over the nature of the Davis Downtown Plan.  There are a number of very interesting issues that need to be parsed – among them is densification and the creation of urban-style, mixed-use housing in the core.

From our discussion yesterday regarding growth in Davis, we argued that while Davis has a number of acute housing needs, it also increasingly lacks locations to put those housing needs.  The periphery seems increasingly unlikely, despite voter approval for WDAAC (West Davis Active Adult Community) last November.  There appear to be dwindling residential infill sites available.

Measure R may not prevent another peripheral project, but, given the lack of new proposals on the periphery and the general reluctance of Davis residents to develop agricultural land, we see it

unlikely that there will be a major new peripheral development any time soon.

Along the same lines, there remain some rather acute housing needs in Davis.  For the most part, with the approval of everything from Sterling to Lincoln40 to Davis Live to Nishi, we think student housing needs have come close to satisfaction.

However, the need for housing for people who currently work in Davis, but live elsewhere, remains high.  Among those are young workers who seek employment in Davis’ emerging tech industry.

Housing in the downtown figures to be small and dense, but amenable to workforce housing needs.

Given the cost of housing, we will likely be looking at greater intensity and density for development in the core.

But there is cost and risk.  Last summer, Matt Kowta from BAE Urban Economics told the Vanguard, “While variance from project to project could be significant, I think the financial analysis demonstrates that it will be challenging for developers to put together feasible projects in the downtown area, particularly if they have to acquire sites in the open market that most likely include an existing structure with some economic life left.”

The analysis shows that if the city wants redevelopment, they are going to have to reduce costs and risks.

Among the requirements will be increased densities that enable developers to achieve greater efficiencies of scale on the limited number of available sites, including better spreading of the high cost of site acquisition.

We see this most clearly in some of the recommendations for staff.  For instance, staff recommends designating G St from 2nd to 5th Street as “Main Street Large.”  The DPAC supported this move.

Staff explains: “A number of properties within the proposed Main Street Large zone have been recently developed or improved or are historical Landmark sites and are not likely to be redeveloped.”

However, they note, it also “offers additional opportunity for redevelopment and greater development intensity.” The area is part of the city’s traditional commercial district and includes a number of large parcels. “The G Street area is proximate to the Amtrak station, a major community transportation asset. Staff feels that greater intensity and density should be allocated in the downtown plan near the station to promote transit-oriented development.”

Staff adds: “The G Street area offers some of the greatest potential for redevelopment given that several parcels include lower intensity buildings that have depreciated over time, larger parking lot fields, and several of the parcels are larger and/or under single ownership.

“The G Street area is envisioned to be a mixed-use flex district within the Draft Downtown Plan.”

From my standpoint, I am reluctant to go further out onto the periphery and believe that building mixed use in the downtown not only helps to fill our housing needs, but also helps with economic development and the overall downtown economy.

But to do so, we have to be willing to go up – densify, and I think there will be a lot of reluctance to do that.

Can we build buildings in the downtown with street level retail or restaurants, second level office or flex space, and third to potentially sixth level residential?

We’ll see.  It seems like the compromise here might be to contain that development within the site, with a transition area limited to three stories.  We shall see.

55 thoughts on “Commentary: Can the Community Support Dense Residential and Mixed-Use in the Downtown?”