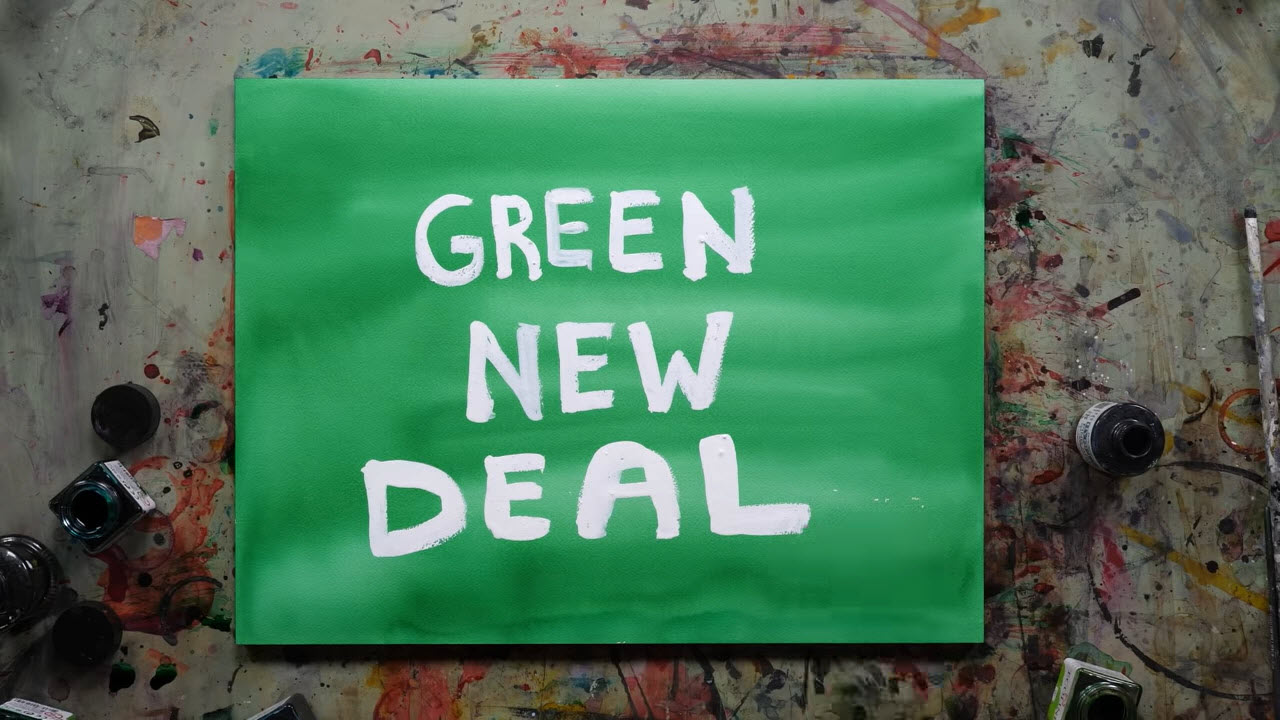 DAVIS – A forum about the intensely provocative Green New Deal held this weekend at the University of California, Davis – which drew nearly 200 people from largely Yolo County but also the Bay Area and Sacramento – was one part climate crisis education, and one part Davis progressive politics.

And although the group packed into the Art Anex on campus had more than its fair share of elders/”gray hairs,” make no mistake youth took the lead in presentation and energy – backed by a stirring video (https://youtu.be/d9uTH0iprVQ) about the Green New Deal, narrated by the equally stirring new congressperson Alexandria Ocasio-Cortez: A Message From the Future With Alexandria Ocasio-Cortez

“Young people are scared but aren’t going to stand by (and watch climate disaster)” was the battle cry of sorts through the planned two-hour affair, sponsored by the District 3 Coalition for the Green New Deal – the GND is a plan to combat the climate crisis head-on, in the same vein as the “New Deal” of pre-WWII, or the “Race to the Moon” of the 60s.

It is that last point – justice – that makes GND more than just some environmental plan, said presenter Harpreet Chima, who asked “What’s the hubbub about? What makes the Green New Deal different from all the other policies out there that also claim to deal with climate change?

“It’s one thing, one big priority that’s woven throughout the resolution: JUSTICE….the technology we’re going to need is important. Generating clean energy is important. Cutting carbon emissions is important. But in the Green New Deal, all of these things matter secondarily. What it places at its core, its central concern, is the safety, health, and dignity of ordinary Americans…for proponents of the Green New Deal justice must be at the heart of any plan to address climate change,” said Chima.

“If the GND demands justice in future policy, it is only because of the injustices in our current policies,” he said.

“We have a government that keeps around a healthcare system with $1500 deductibles when the average household only has $400 in savings, a government that keeps poor people in jail because they can’t afford their cash bail, that allows drinking water laced with lead, the public shaming of students whose parents can’t afford to pay for their lunch, that uses prisoners paid $1/hour to fight

our forest fires, that rips up treaties so pipelines can be built,” said Chima in a full indictment of today’s world.

Concern was also raised about justice if or when true changes are made that the least able to pay won’t be hit by injustice again – for instance, when solar panels are mandated, that they not be built overseas and workers will get paid low wages here to put them on roof, or when gas cars are outlawed that the working class be able to afford them, or when other laws are passed, it won’t lead to the least able to pay being penalized because they can’t afford to pay the price for environmental change.

Like Chima, Francisco Dominguez didn’t beat around the proverbial bush.

What is happening to the planet is “straight up racism,” he said, noting that Cesar Chavez was one of the first environmentalist, linking pesticides to workers in the fields to ground water in an appeal to “protect our food and workers. It’s natural to live healthy, but we are destroying our own eco-system. The earth will continue, but humans won’t continue,” said Dominguez.

It was repeatedly noted that Exxon-Mobile did its own research in the late 70s and early 80s, and the science confirmed that, indeed, fossil fuels were leading to a major CO2 increase that would jeopardize the planet.

Still, the big corporations formed lobby groups and think tanks to “deflect” that, and as one speaker said caused “us to lose a generation of time, losing species we will never get back…now, it’s time to “swing for the fences” over the next 12 years.

Casey Parks of the Sunrise Movement in Chico, said that “nine of 10 funded climate deniers (in Congress) are still funded by Exxon activities, the U.S. Supreme Court is stacked against us on Citizen’s United,” and then put in a pitch for Congressional candidate Green New Deal supporter Audrey Denney, running in 2020 in CA District.

He had to stop midway sentence to admit “Sorry, sometimes I get emotional about this.” He was not the only one – when reports say as little as 11 years remain to stop what could be the end of humans, and what is predicted to be the loss of a million species because of human activities, it’s difficult to take, admitted others in the room.

And then it became a little more political at the GND forum.

“If (Democrats) think if we get rid of (President) Trump we’re ok (they) are living in bubble, in a world that doesn’t exist anymore,” summarized Chima, chiding some Democrats with “If we are going to survive the climate crisis, we cannot have these people leading our party.”

“It was his, and (Joe) Biden’s, and (Speaker of the House Nancy) Pelosi’s, and (Sen. Dianne) Feinstein’s https://ourgreennewdeal.com/ generation of Democrats that had the power to reverse climate change and yet they spent decades failing to address the situation. We shouldn’t have to hear Nancy Pelosi call it ‘the green new dream or whatever,’