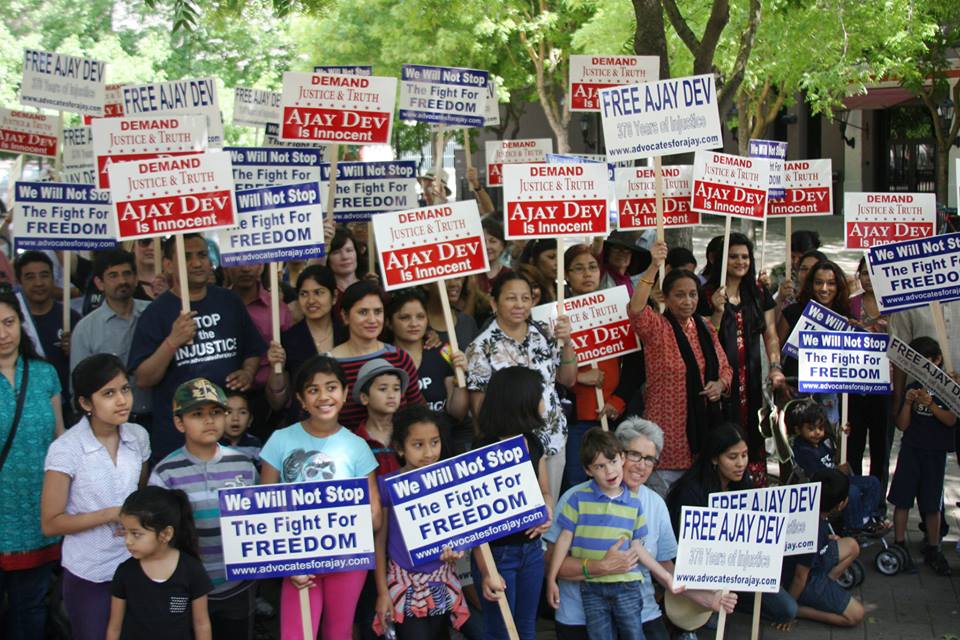 The Ajay Dev case had an evidentiary hearing today to ask the court to re-examine witnesses and information involving a 10-year-old trial.

Since 2009, Dev has been serving a 378-year sentence after being convicted of raping his adopted daughter. In 2017, the case was brought to the appellate court which found the trial fair, stating, “The testimony of a single witness can support a conviction if that testimony is believed by the jury.” According to the jurors, polled through social media and their communication with the defense, the key piece of evidence was a phone call partially in Nepalese that was translated by the alleged victim (“AV”) and provided to the jury. In this translation, the AV claimed Dev said “because you have f–ed me after 18 years of your age.” While it could be translated as “screwing a person over” figuratively, the prosecution took it as literally having sex.

This evidentiary hearing looks to gather support for the Petition of Writ of Habeas Corpus submitted in 2018, aiming to back up the call for a new trial by pointing to the discrepancies in the first

trial. According to the Habeas petition, this new evidence will point to that the AV, prior to the trial, “repeatedly admitted to her friends and family that she lied about the allegations” but the defense had not presented this evidence in court. In addition, the petition notes, “The defense expert who translated the pretext call testified that, although Ajay’s statement was inaudible, he ruled out AV’s translation because he could hear the first syllable of the word in dispute which was incompatible with any Nepali word connoting ‘sex.’”

The evidentiary hearing aims to bring forward witnesses to examine the AV’s motives behind the charges, especially in gaining evidence abroad. Attorney Edward Swanson, representing Dev, states they intend to get witnesses from Nepal to the U.S., may it be through visa, the district attorneys, or video-taping witnesses as they answer questions. In the meanwhile, he suggested they proceed with local witnesses.

The prosecution, represented by Attorney Steve Mount, argued the use of video-taping the Nepali witnesses would not be fair for the prosecution as they would not be able to fully conduct cross-examination, as they would in a “fair, full hearing” by allowing all the witnesses to be fully questioned by both sides. He also argued that the defense should have brought up this evidence 10 years ago.

Mr. Swanson noted that, other than the Nepali witnesses, the DA had not had a real dispute against the evidentiary hearing as a whole, and they listed no evidence denying specific topics that were submitted via the Habeas petition. Due to the belief of one witness, the defense also argued that the entire case hinged on credibility. According to the petition, “[AV] had admitted to at least six different people that the sexual allegations were not true.”

Judge Janene Beronio stated that she will review the trial transcript and look into the information surrounding the witness and how they were questioned. The evidentiary hearing is expected to resume next week.