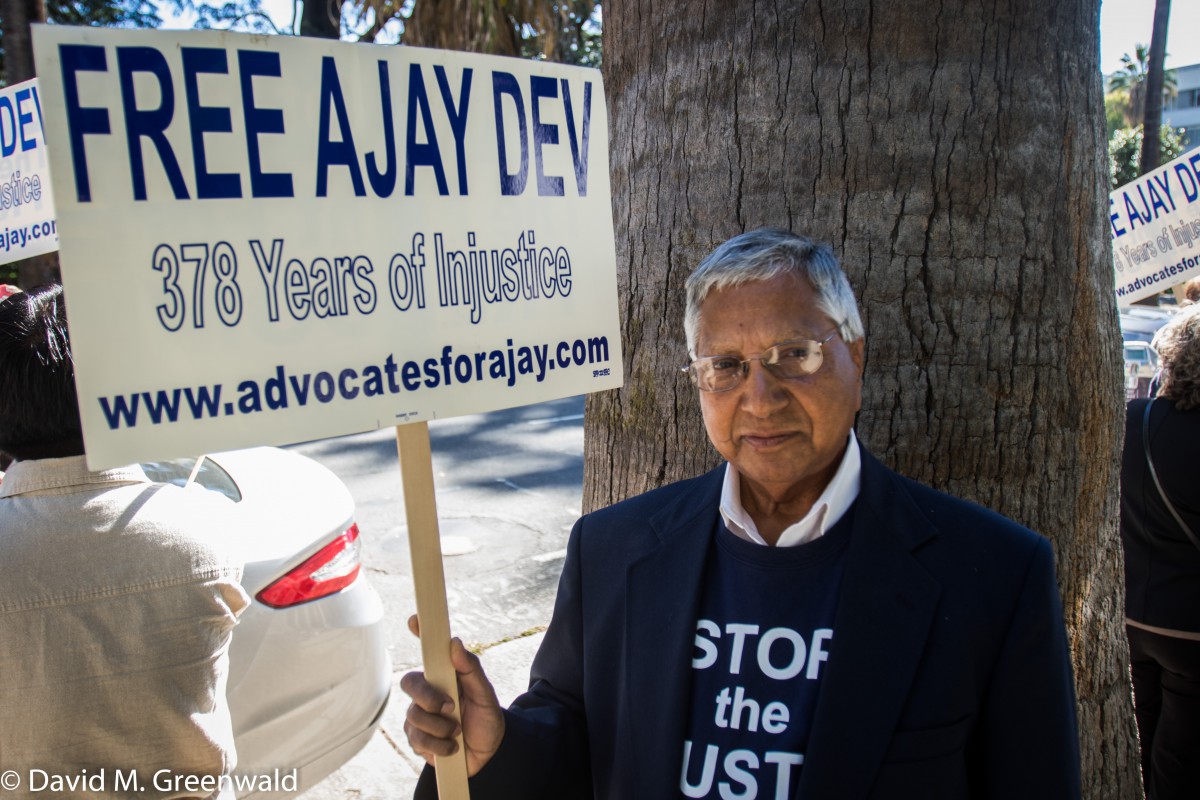 The parties for Ajay Dev were back in court briefly on Monday as Ed Swanson, who will be arguing on behalf of Mr. Dev, appeared as did Deputy DA Steve Mount.  Judge Janene Beronio heard the matter for the first time on Monday, but they do not appear close to agreeing on a set format for what figures to be a set of evidentiary hearings on the 2009 conviction.

Ajay Dev was convicted nearly 10 years ago of 76 counts related to the rape of his adopted daughter.  He and his family maintain his innocence.  An appeal was denied in 2017, but his attornies have filed for a writ of Habeas Corpus with new evidence of innocence that both sides agree a judge must hear in an evidentiary hearing.

The evidence includes an enhanced recording of the pretext phone call that was crucial to his original conviction, and six witnesses who have come forward attesting that the alleged victim contemporaneously claimed to have been fabricating the charges.

Getting to the point of a hearing, however, is proving tricky.  Steve Mount is the lead attorney on the Hayley Gilligan murder trial that was set to begin on Monday but was postponed a few more weeks.

In addition, he noted that he will be retiring and taking three months off.

He said, in the worst case scenario, Deputy DA Ryan Couzens could take over the matter but he clearly preferred to handle the case himself.  He also suggested that Judge Beronio needed to become familiar with the original trial and 20 volumes of trial transcripts and 20 volumes of other documents prior to hearing this matter.

If Mr. Couzens were to take over the case, he would have to do the same.

For his part, Ed Swanson urged that the court remember his client remains in custody.  He noted there are about five to six issues brought forward in the petition that need to be addressed.

Neither he nor Mr. Mount seemed in agreement as to how the matter would proceed, however.  Mr. Swanson noted that some of these issues will require testimony, and acknowledged the challenge of getting witnesses currently residing in Nepal to come to this country to testify.

He was not in agreement that a haphazard schedule of hearing this matter over the course of six to seven months made sense.

Instead, he suggested a joint statement between himself and Mr. Mount in the next two weeks laying out the issues and how each side would seek to ideally move forward on those issues.

Judge Beronio seemed to like that approach.  It was decided that they would return on May 30 at 8:30 am with hopefully a better idea for what the schedule would look like.