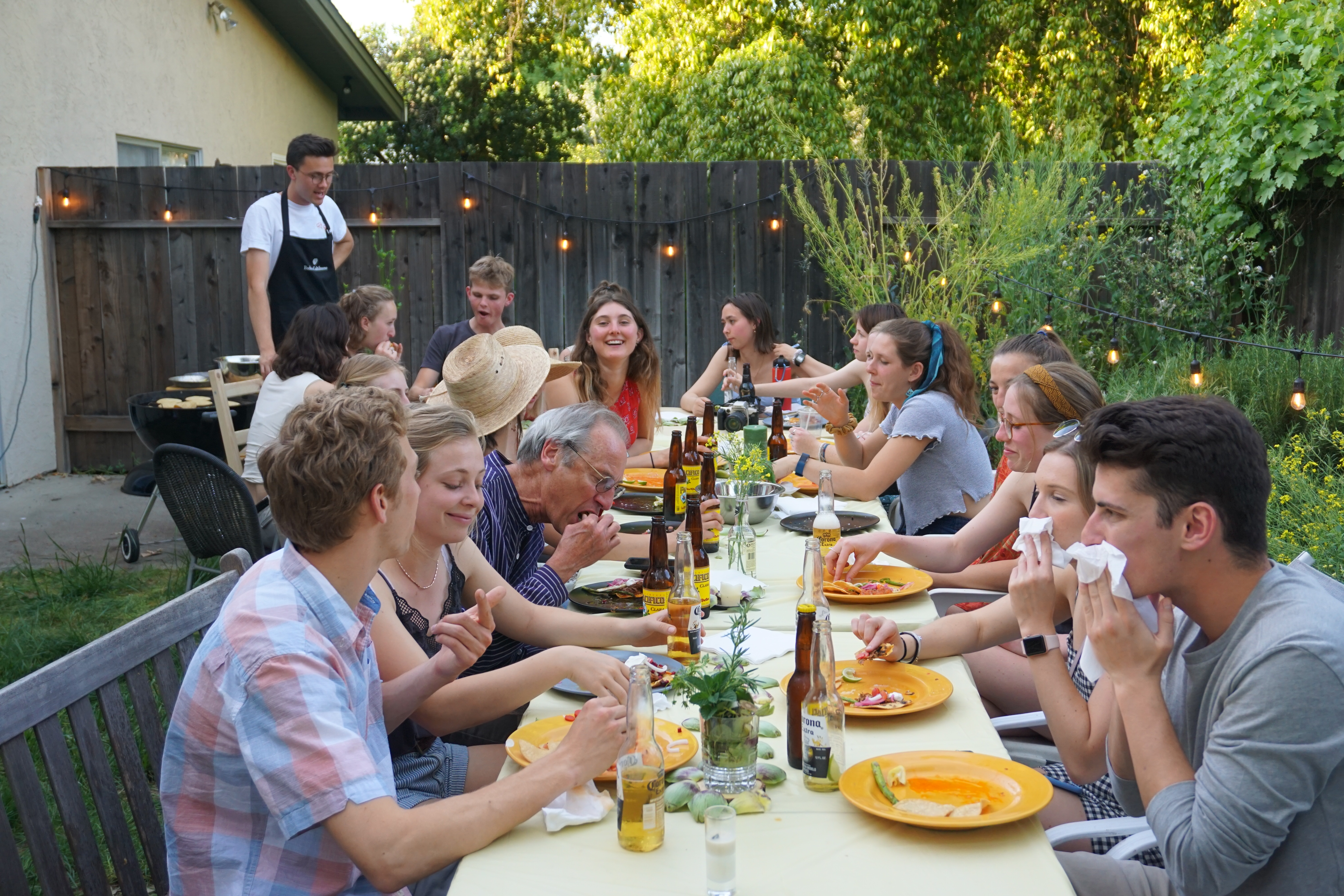 Foodnome is a Yolo/Sacramento based collective of home cooks.  They are hoping, following the passage of a new state law, AB 626, California’s Homemade Food Operations Act, to convince Yolo County to pass a local version of the act, authorizing local entities like Foodnome to do business locally.

AB 626 created the infrastructure for county health departments to permit home kitchens for public food sales.  It creates a permitting process at the state level for such home food operations.  However, on May 8, they were issued a warning to cease operations by the Yolo County Department of Environmental Health.

The Vanguard spoke with Isaac O’Leary recently.  He explained that he is a former Sustainable Agriculture and Food Systems major at UC Davis.

Mr. O’Leary explained, “I’m very familiar with issues in the food system.  A big one being equity and barriers to entry for ownership in a localized food system.”

Akshay Prabhu, a founder of Foodnome, had been operating a network of 15 home systems in Yolo County when he received a cease and desist from the Yolo Environmental Health Department last year.  He channeled his network into large rallies in the Capitol and Bay Area which became the basis for AB 626 to pass statewide.

He explained that, at the state level, the legislation created the permitting process for the micro-enterprise home kitchen permit and, at the county level, each individual county’s environmental health department will enact legislation that expands the scope of the meals that can be served locally.

Foodnome then is a home restaurant platform.  People can log onto their website to find home cooked meals in their area that will be cooked and delivered to people’s homes.  People can book a meal

and get it to go or sit down at a neighbor’s dinner table with them and eat.

“Facilitating that face to face interaction around food is something that’s really driving us,” Mr. O’Leary described.  He sees this as an expansion of the Farm to Fork movement.  “This is really a way to expand and hone in on what that means.”

How is this different from getting take out from a restaurant, we wondered.

“It’s different in the fact that it’s about one quarter of a million dollars to start operating a restaurant on average in California,” Issac O’Leary explained.  “It allows people to start food business ownership for less than $1000.”

One of the key questions that people raise is what kind of safety control system is there in place.

“It will be inspected by the health department,” Mr. O’Leary said.  “Which was the infrastructure set up by AB 626.”

He added, “In order to obtain a micro-enterprise home permit, your kitchen actually has to be inspected by the health department.  You’re going into these people’s homes and confirming that their practices are food safe.”

That includes the need to have preparation instructions written out and they have to obtain a food manager’s safety certification.

“That’s actually a higher standard of food training than the average restaurant where there’s high turnover for the employees (who) are not always aware of the practices,” he said.

He added that the largest incidents of food-borne illness come from high volume kitchens.

“Having them be micro-enterprise limits the amount of food that can be served,” he said.  “That reduces neighborhood disturbance as well as potential incidents of food-borne illness.”

How much volume then are they likely to do in an evening?

Issac O’Leary said it really varies.  He said that a number of their cooks were in it for different things.  Many are in fact new immigrants to this country.  He said they have worked with refugee organizations “where there is a huge demand for the ability to open a business.  There are massive language barriers preventing them from entering the traditional workforce.

“This allows them to make money… in a way that other businesses can’t,” he said.  “This is something that will really expand opportunities for a lot of folks.”

From the consumer’s perspective – this allows for more specialization of food sources.

“A lot of food trends we have seen popping up, have really centered around (things like) paleo-vegan, keto, gluten free,” he said.  “It takes multiple years to start a restaurant, it takes a lot of money to start a restaurant and really catering to a specialized population within the public.”

He said that “vegan food is a huge example.  We have a lot of vegan cooks.”

For those on plant-based diets, most are thoroughly disappointed with the food options in their area.  But veganism is rapidly expanding as a food choice “and the rate of vegan restaurants opening is being widely outstripped by that demand.”

He said, “That’s something that can be met in a very short-term basis.”

There are environmental implications as well with plant-based food locally grown, as opposed to factory produced meat.

Isaac O’Leary told the Vanguard they are hosting a rally at the Davis Farmer’s Market on Wednesday, May 22, at 6:30 pm.

Community organizer and Foodnome founder Akshay Prabhu in their release this week, said, “Many talented cooks are not able to share their food with their community due to financial barriers. We deserve a more inclusive food system.”