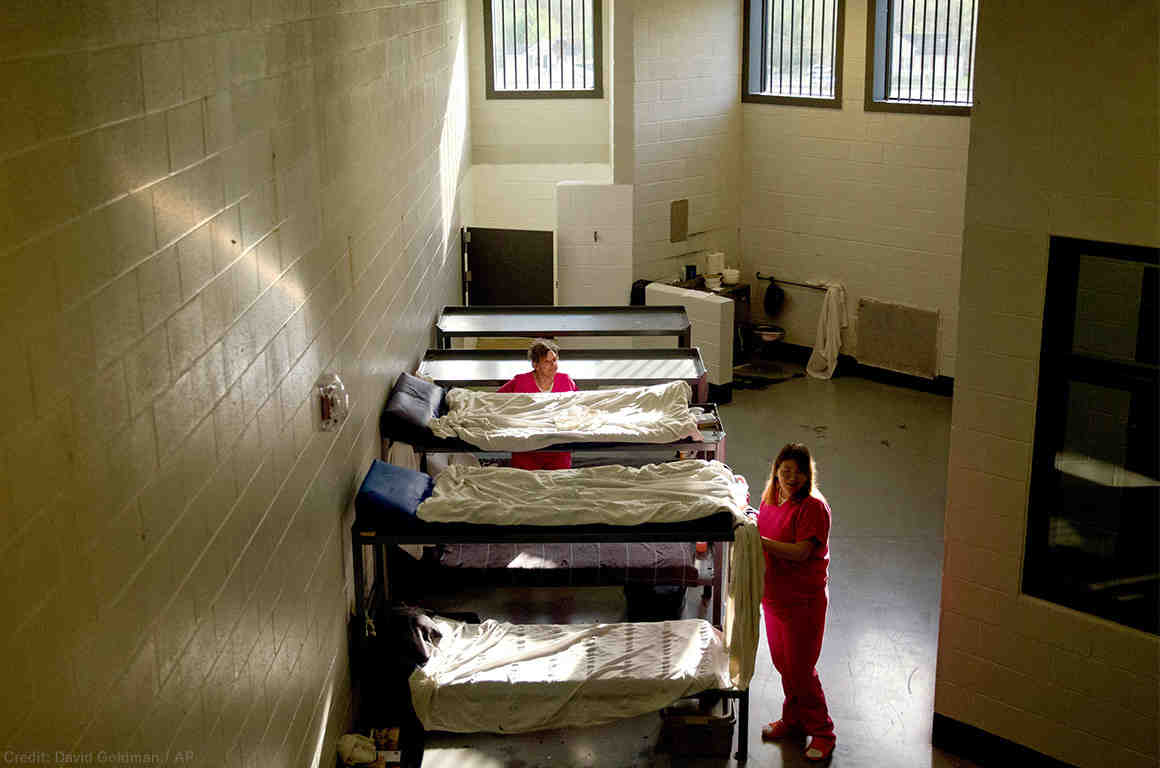 By Andrea Woods and Jocelyn Rosnick

On April 11, Hamilton County police in Cincinnati, Ohio arrested Ashley Foster in a Target parking lot on charges of trafficking heroin. Foster was with her two young sons, one of whom was only eight weeks old. Foster was taken into a police car, sobbing, while her baby screamed. But because the warrant for her arrest was based in nearby Brown County, Foster sat in jail for five days waiting to be transferred and was kept in the dark about what was happening to her and even of what she was accused. The consequences of her being held pretrial without explanation were tectonic: Her kids were taken by the county department of jobs and family services, and she lost her job.

And it was all because of a mistake.

It wasn’t until after Foster spent five days in a cage that officials realized they had the wrong woman. Once Foster was transferred to Brown County and spoke to a police officer, he immediately realized he had the wrong person. Foster suffered considerable hardship and heartache based on law enforcement’s error, but no one offered an apology. And a family services worker still scanned her home before allowing her children to return.

Foster was wrongly pulled into a cycle of perpetual criminalization that is all too familiar in our nation. And though not every case involves mistaken identity, Foster’s case reiterates some of the core evils of pretrial incarceration: an ordeal we subject millions of people to each year in America.

Like Foster, people incarcerated immediately after arrest cannot care for their families or maintain work responsibilities.

Others struggle to attend to their own medical treatment, or face violence in jail. From jail, it is difficult to get information to defend against one’s charges or meet with a lawyer. In Foster’s case, the jail holding her couldn’t or wouldn’t provide her with any information about her case, charges, or next steps.

It is appalling to consider what Foster and her family went through over a law enforcement error. Sadly, countless unknown others share a version of her story.

10.6 million people are booked into state and local jails every year in this country. In Ohio, where Foster was wrongly criminalized, almost two out of three people in jail are being held pretrial. Despite the right to be presumed innocent in the eyes of the law, many end up in jail because of unaffordable money bail or holds from other cities or counties. Many resort to any option available to end the ordeal and gain their freedom, including entering an exploitative contract with a commercial bail bondsman, or pleading guilty regardless of the validity of the charges against them. People of color suffer the worst of these harms, and at disproportionate rates.

Nationally, a third of all felony charges end in dismissal. In New York City, data shows that the conviction rate for non-felonies is 92 percent among people detained, but only 50 percent among people released right away. The aggressive charging decisions of police and prosecutors, particularly towards people of color, are well known.

Too often and in too many places, system actors are callous to the horrors of sitting in jail. This social reality made Ashley Foster’s unfortunate situation possible, and subjects countless other women—overwhelmingly women of color—to the same cruel treatment or worse. Everyone accused deserves their day in court before they are confined to a jail cell. And no one should have their children taken away without adequate individualized due process.

The U.S. Supreme Court made clear thirty years ago that sitting in jail without having had a trial should be an extremely rare occurrence. We envision a world in which at least 95 percent of all people accused of crimes are released, rather than subjected to needless and extremely harmful incarceration. We’re fighting so no one is subjected to the treatment Ashley Foster received.

You can donate to the National Bail Out fund and help free Black mothers in time for Mother’s Day here.

Share:
Tags:ACLUBail ReformPretrial Detention
Previous : Council Will Look to Make Changes to Pacifico at Next Week’s Meeting
Next : Council to Hear Report on Food and Economic Development in Davis