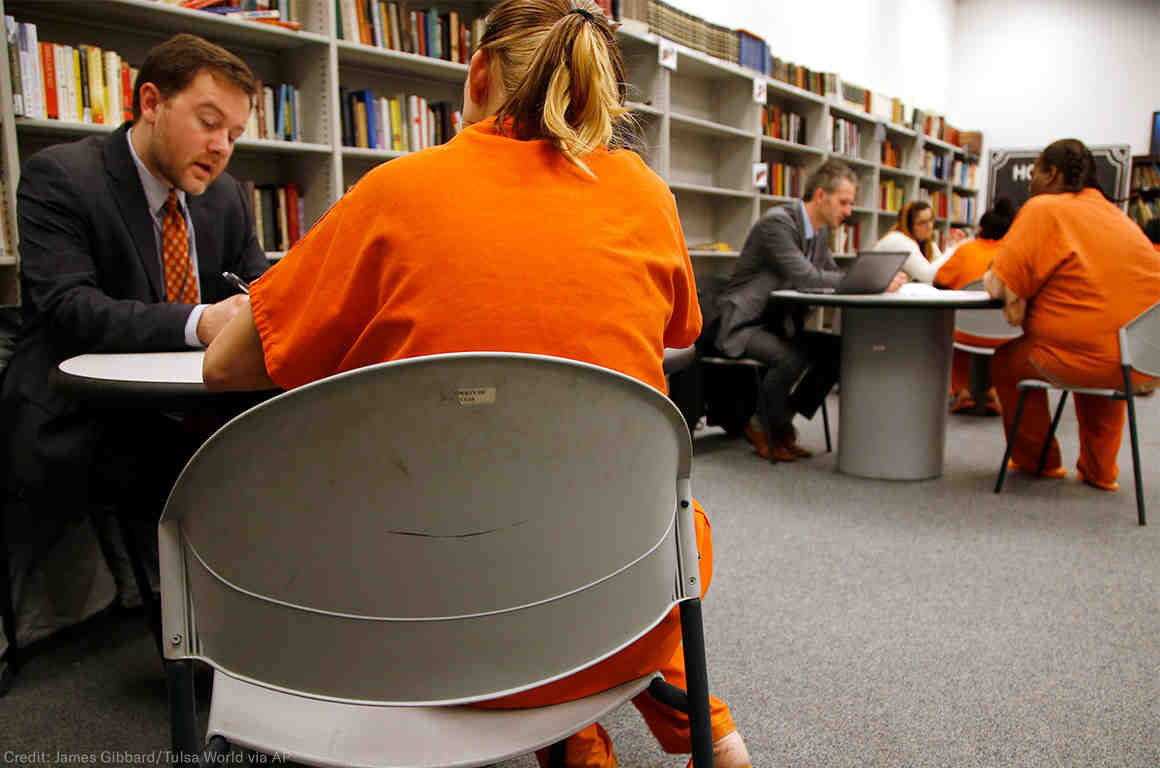 By Kanya Bennett and Ezekiel Edwards

On May 8, Sen. Kamala Harris (D-CA) elevated the crisis of federal and state governments’ disregard for protecting the right to counsel for people charged with crimes. She did so by introducing the Ensuring Quality Access to Legal Defense Act (EQUAL Defense Act) a bill that uses federal money – $250 million dollars annually for five years – to incentivize pay parity between public defenders and prosecutors, ensure manageable defender caseloads, and reauthorize the student loan repayment program benefiting public defenders. That such a bill is necessary speaks to the deleterious state of public defense in our country, which is underfunded and creates an unlevel playing field for public defenders against prosecutors.

Therefore the EQUAL Defense Act would be a step forward in our nation living up to the Constitution’s principles of fairness and integrity in which the Sixth Amendment’s affirmative guarantee of the right to counsel is rooted. More than 50 years ago, the U.S. Supreme Court recognized the importance of ensuring counsel for people accused of crimes regardless of wealth. The Court held that, “in our adversary system of criminal justice, any person [haled] into court, who is too poor to hire a lawyer, cannot be assured a fair trial unless counsel is provided for [them].” Twenty years after that, the Court said that not just any counsel would do, but that counsel must be “effective.”

However, people of modest means – disproportionately Black or Brown – are sold short in jurisdictions where public defender systems are chronically underfunded. This failure t leads to crushing caseloads, scarce investigatory and expert resources, and insufficient time to meet with clients, review evidence, file motions, or prepare for trial. Such neglect in turn causes an array of harms, including wrongful conviction and incarceration, needless pretrial detention, coerced pleas, harsh sentences, and lifelong collateral consequences. Without proper resources, public defense is no

For example, in Fresno, CA, public defenders were handling a minimum of 418 felony cases and 1,375 misdemeanor cases per year — national standards set maximum felony and misdemeanor caseloads at 150 and 400, respectively, and experts advise that even those are too high and fail to account for the added complexities of today’s expansive punishment system. Because of budget shortages, defenders in parishes in Louisiana, including Orleans Parish, have had to put indigent defendants – including those in pretrial detention – on waiting lists for representation.

The Missouri State Public Defender office fell short of the constitutionally acceptable minimum number of work hours in 97 percent of the 80,000 cases they handled. In Kentucky, half of 1 percent of the state’s budget went to public defender services in 2015, and almost every public defender had caseloads exceeding the national standard.

This constitutional crisis reaches from Oregon to Maine, Alabama to Nevada. But what should be expected when data shows that state and county governments devote to public defense just 2.5% of the approximately $200 billion spent on criminal justice?

At times, the federal government has addressed Sixth Amendment failures. The Dept. of Justice created the Access to Justice Office in 2010 to “help the justice system efficiently deliver outcomes that are fair and accessible to all, irrespective of wealth and status” by advocating for proper funding and reasonable workloads for defenders. In 2016, Congress reauthorized the Justice for All Act, directing federal dollars through 2021 for improved death penalty representation and federal-state partnerships to meet Sixth Amendment obligations..

But fast forward to the Trump Administration, and the Dept. of Justice shuttered the Access to Justice Office. And while Congress celebrated enactment of the First Step Act, the law did nothing to increase protection of the right to counsel.

For systemic change to be long-lasting, federal and state governments must work in concert. Every state has a constitutional obligation to ensure that low-income people have lawyers in criminal cases, yet many states have been abdicating their responsibilities for years. In response, the ACLU has sued localities, prompting some reform. But to address the failures and harms to people who cannot afford counsel, filing lawsuits is not enough.

The urgent need to ensure robust public defense systems extends beyond guaranteeing a fair legal process. America warehouses over two million people behind bars. If low-income people caught in the carceral system do not have zealous advocates, they will continue to be over-criminalized, overincarcerated, and deprived of their rights. Without functioning public defense systems, we cannot meaningfully reduce the staggering number of people held in pretrial detention, wrongful convictions, or abusive prosecutorial practices.