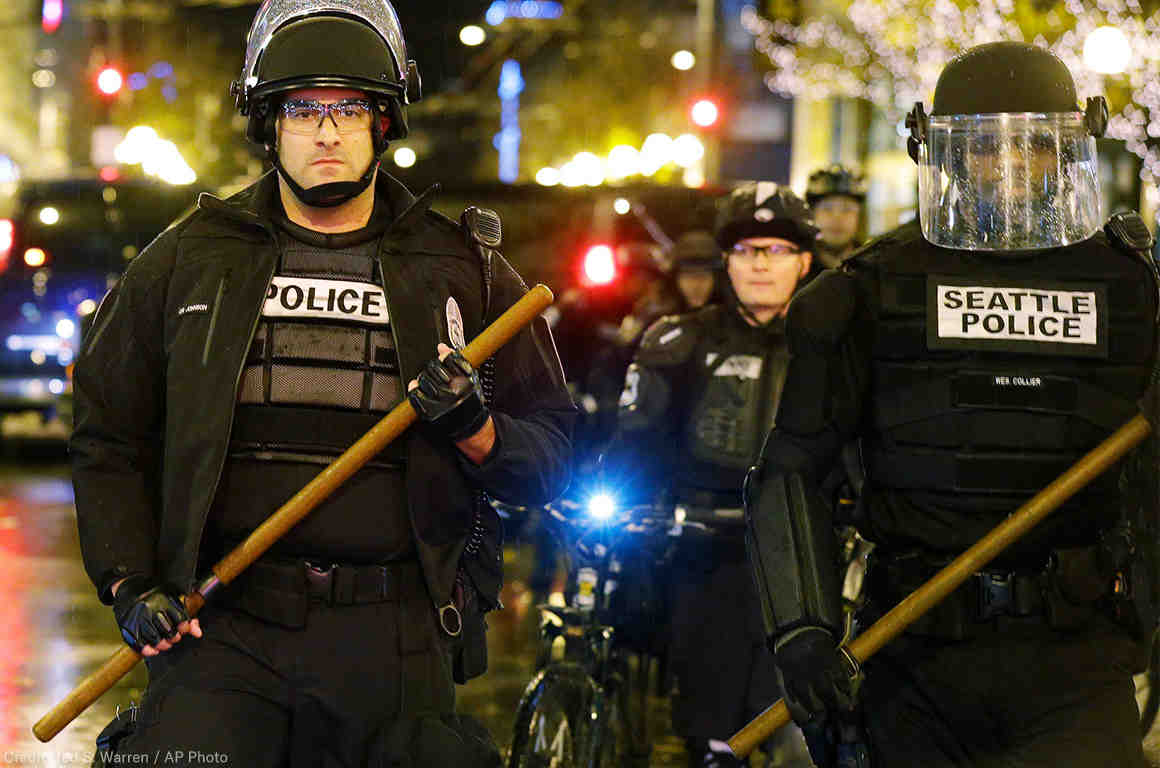 In 2017, the Seattle City Council adopted an ordinance establishing a number of progressive police reforms aimed at strengthening community trust in police and ensuring police accountability. Fast forward to today and these reforms are under fire by a familiar opponent: Police unions.

The comprehensive reforms in Seattle took great strides toward creating a fair and just policing system and positioned Seattle as a nationwide leader for police reform. The fact and manner in which the reforms are coming under fire will come as no surprise to those familiar with police unions and how they use the Collective Bargaining Agreement (CBA) process to tilt policies in favor of problem officers and against the public interest.

Time and again, we witness transformative advances on use of force and biased police and civilian oversight, just to have them undermined behind the closed doors of collective bargaining with police unions. Indeed, historically in the U.S., police union contract negotiations have been used as vehicles for rolling back accountability, transparency, and civilian oversight. In doing so they have further damaged relationships with community members, whom the police are meant to serve.

What police unions may not be able to achieve in the public sphere, they can accomplish through employment contract provisions that shield police officers from accountability and ensure disciplinary processes favor officers over community members. Subtle shifts in the

processes and standards used for such appeals are a key goal of police unions in contract negotiations. Police union victories in contract negotiations are central to how many departments struggle to hold their officers accountable. The Washington Post found that since 2006, the nation’s largest police departments have fired at least 1,881 officers for misconduct but that more than 450 of those officers were reinstated after they appealed and were able to make use of the overly generous disciplinary review procedures required by union contracts.

Take the example of John Blumenthal, a Sergeant with the Oklahoma City Police Department. In 2007, he kicked a handcuffed man who was lying down in the head. His fellow officers reported him and he was fired and subsequently convicted of misdemeanor assault and battery. Two years later, after filing an appeal and successfully revoking his punishment as allowed in the police union contract, he was able to return to work, and continues to act as a police officer to this day.

Seattle’s Accountability Ordinance, which the city council adopted to implement the consent decree, requires a “preponderance of the evidence” standard for officer disciplinary hearings and appeals–which is the normal standard for civil lawsuits, as well as most types of employment hearings. And for years, adoption of this standard has been considered a best practice for police misconduct hearings. But the new CBA requires an “elevated standard of review” to uphold most disciplinary findings involving serious misconduct—meaning that officers accused of violating the most important substantive requirements of the consent decree will be judged by a more lenient standard of proof than most public employees receive, and a more lenient standard than the department itself would receive in a civil lawsuit challenging a pattern or practice of police misconduct.

While it’s often difficult to maneuver around police unions and the impact their CBA’s have on police accountability, Seattle actually has a chance to ensure the important measures established by the consent decree and ensuing ordinance, do not disappear behind the newest union contract.

This time the consent decree case between DOJ and the City is still pending, and the judge in that case has the authority to decide whether the roll-backs of the union contract threaten the City’s compliance with the consent decree at a show-cause hearing on May 15th. This is a make-or-break moment which will have national consequences. It will reveal whether Seattle is really on the path to “sustained” compliance even after court supervision ends, or is instead repeating a national practice of rolling back accountability by having policies that cannot be consistently enforced when officers violate them. The Community Police Commission (CPC) (an entity established by the consent decree) in its brief filed with the court, pointed out the numerous ways in which the CBA waters down accountability.

Collective bargaining, adequately compensated officers, community safety, police accountability, and civilian oversight are not mutually exclusive. Workers’ interests are able to be fairly represented, without undermining community trust and respect. As such, we support the CPC’s effort to stand up for the people of Seattle and strong accountability. Police should still enjoy all the benefits of being a part of union, without systemically and institutionally undermining the great strides the community has taken to implement a constitutional and just policing system.

Paige Fernandez is a Policing Policy Advisor for the ACLU