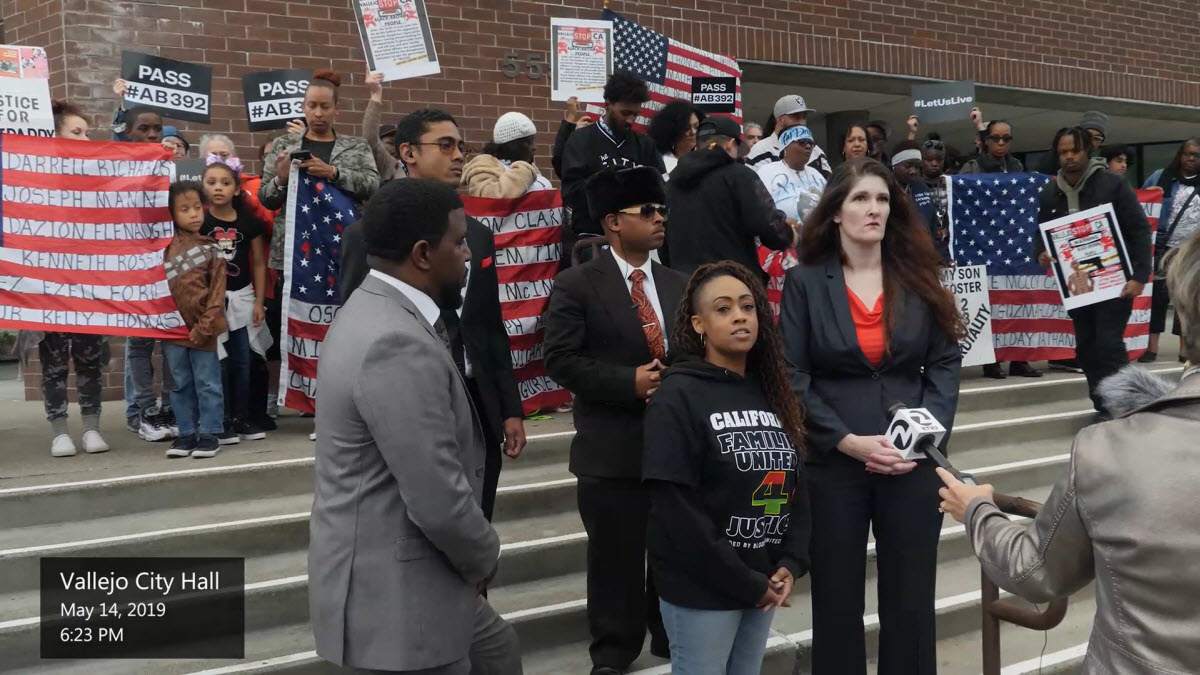 This week, the Vallejo City Council was forced to empty its chambers at a regularly scheduled meeting Tuesday, using more than a dozen armed and body-armored city police to force more than 100 residents to leave when a public comment portion became verbally combative.

Vallejo PD chases demonstrators out of city council chambers. Several council members look on at the front of the room.