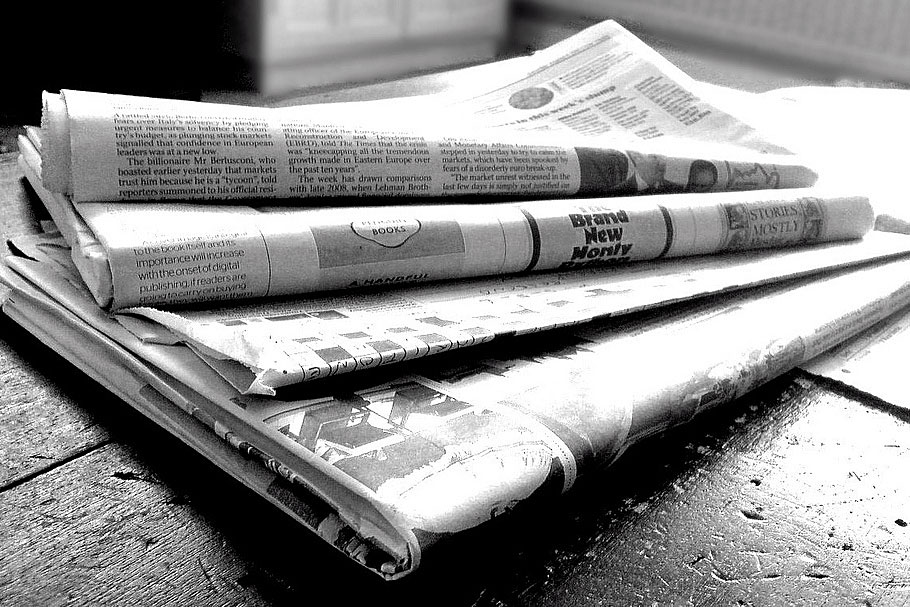 A timely article in the Wall Street Journal appeared yesterday: “In News Industry, a Stark Divide Between Haves and Have-Nots.”  The key point: “Local newspapers are failing to make the digital transition larger players did — and are in danger of vanishing.”

We can see this point locally very clearly – the local paper has a shrinking staff and a shrinking publication schedule.  When I started the Vanguard in 2006, the Davis Enterprise published six days a week – every day but Saturday.  Now it is down to Sunday, Wednesday and Friday.

The Wall Street Journal’s analysis of circulation, advertising, financial and employment data found that, while larger newspapers like the NY Times have successfully made this transformation, “[a] stark divide has emerged between a handful of national players that have managed to stabilize their businesses and local outlets for which time is running out.”

In contrast to the larger papers, the analysis found that local papers “have suffered sharper declines in circulation than national outlets and greater incursions into their online advertising businesses from tech giants such as Alphabet Inc.’s Google and Facebook Inc. The data also shows that they are having a much more difficult time converting readers into paying digital customers.”

They find: “The result has been a parade of newspaper closures and large-scale layoffs. Nearly 1,800 newspapers closed between 2004 and 2018, leaving 200 counties with no newspaper and roughly half the counties in the country with only one, according to a University of North Carolina study.”

The study found that, while about 400 online-only news sites have sprung up, they mainly clustered in big cities and affluent areas.

Thus the key finding: “The shrinking of the local news landscape is leaving Americans with less information about what’s happening close to them, a fact Facebook recently acknowledged as it

struggled to expand its local-news product but couldn’t find enough stories. Local TV news is still a major, if declining, source of news for Americans, but local newspapers are vanishing.”

The news is pretty stark.  Nicco Mele, director of Harvard’s Shorenstein Center on Media, Politics and Public Policy, predicts that half of the surviving newspapers will be gone by 2021.  Gone.

“It’s hard to see a future where newspapers persist,” he said.

The article notes that the use of a digital subscription paywall has so far only worked for a few.  They find, “Three large national papers have had some success, attracting more subscribers to their digital product than their print paper.”

In 2011, for instance, the New York Times created a digital subscription service.  The result is that the NY Times boasts about 3.4 million subscribers – 2.7 million pay for the news product, with the rest springing for extras like crosswords and cooking.

The article notes: “All three newspapers have their own challenges and are far from out of the woods. But they have all managed to increase revenue with the help of digital subscriptions, bucking the trend at their local counterparts.”

But the article goes on to demonstrate that other large but mostly local newspapers have attempted the same model but are struggling to survive.  One reason is probably that the three bigger ones have sufficient national readership to sustain their product outside of their local area, whereas smaller papers have to mainly rely on the local region to support their paper – and they just cannot.

The WSJ offers a bleak forecast here: “For years, many in the news industry believed that even if newspapers vanished, journalism would flourish in a lower-cost, digitally native form. But those hopes proved misplaced.”

They point out that large swaths of America now have “radically diminished access to local news.”

A future without newspapers, Mr. Mele of the Shorenstein Center says, is “actually a crisis for democracy.”

They write: “At many outlets, no amount of job cuts could save them. Openings of online-only news sites haven’t made up for (the) flood of newspaper closures. The result is that rural areas and poor neighborhoods are fast becoming news deserts.”

That leads us to this: “As local journalism’s business model foundered, many in the industry began to believe that it could only be rescued through charity or outside support.”

They note that Google and Facebook have announced they will give $300 million to help strengthen journalism, including funds earmarked for local news, while Craigslist is pledging $85 million.  The WSJ notes: “Between 2010 and 2015, foundations gave $80.1 million in grants to local and state nonprofit news organizations.”

But that’s a far cry from the $8.3 billion in revenue newspapers lost over the same period of time.

Part of the problem is that the woes of local newspapers is not well known by the public.  The WSJ journal points to a poll by the PEW Research Center that found “71% of Americans believed local news outlets were doing well financially, though only 14% actually paid for local news.”

The article notes the work of Jim Friedlich, who is chief executive of the Lenfest Institute for Journalism, which owns the Philadelphia Inquirer and supports local journalism initiatives.  He said that the nonprofit organization has been working to attract financial backing and has raised more than $20 million more by positioning news as a civic need.

“There is no reason why other communities can’t follow suit,” Mr. Friedlich said. “Indeed, they are.”

If we start to view news as a civic need, and a necessary outlet for a community to become informed about what is happening at the local level, then perhaps the local communities need to come together in order to help fund local news services.

If this community wants to continue to have robust local news, then it better start thinking very seriously about how to fund those news sources – because 2021 is not very far off and the local paper is not doing very well financially.

11 thoughts on “Sunday Commentary: We May Need to Reassess Funding for Local News”