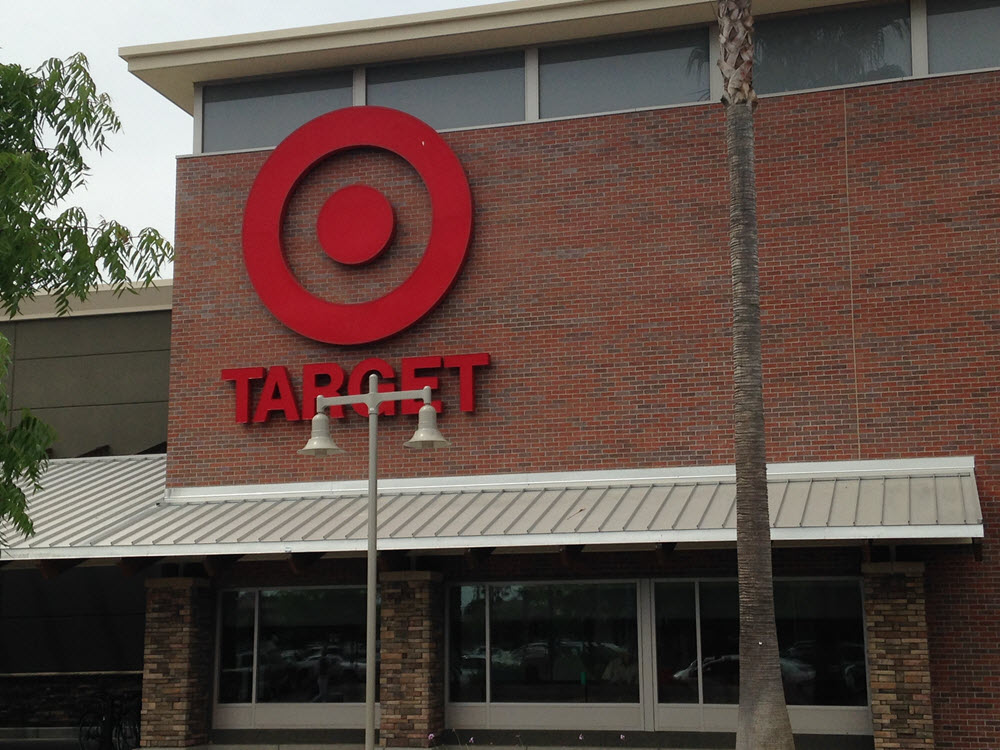 It was a minor item on a long agenda.  There are three vacant spots in the pads around Target, but because none of them were 4000 square feet, they did not meet minimum requirements of the development agreement, making it tricky to fill them.

As it turned out, that was a minor issue, as the item turned into a bit of a proxy war for re-fighting the 2006 election.  Dan Carson put it this way, “What we heard a bit tonight is a bit of re-litigation of the original public vote in support of establishing Target – those passions are still there, they’re still real.”

During public comment, Colin Walsh took issue with staff language that said, “[A]fter ten years of operation city staff believes it can be empirically deduced that the tenants of the shopping center are not relocating from the downtown area nor are they causing closure and mass vacancy in the downtown area.”

He called “empirically deduced,” an “exceedingly strong statement.”  And pointed out that the staff report offers only the 2017 State of the City report, based on third quarter 2016 data as evidence to back their statement.

“This is not current data,” he said.  He noted this data predates the closure of Ace Housewares, Whole Foods, the Gap, Radio Shack, etc.  He also noted that Strelitzia relocated from the downtown.  He said, “You’re overlooking store closures, you’re overlooking huge amounts of vacancy in the downtown.”

Councilmember Will Arnold pushed back, noting that as the owner of a downtown business, he is in the unique position to be able to describe the business climate downtown and elsewhere in town.

He called the challenges to downtown retailers “many,” but argued, “I would not put this Target shopping center high on the list of challenges.”

Councilmember Arnold did acknowledge that “nothing is clear in the business world.”  But, that said, “Radio Shack is going through its second bankruptcy, the Gap has closed nearly 300 stores, there are so many challenges to retail in particular that it is almost impossible to point to one or the other, and say this is the right ‘why’ (that this store) is failing.”

He said, “Anyone making those claims is overstepping the bounds of logic.

“The challenges that are being faced are there whether we like them or not,” he continued.  “We as the city of Davis can do very little to affect those challenges.  Nor should we really act as the blunt instrument of government to say we’re going to protect X, Y and Z business…  As a business owner, the number one thing you want the government to do is get out of your way and let you just run a business.”

He said, “That’s what I see going here with this proposal…  letting the government get out of the way.”

Lucas Frerichs would add, “It’s easy to make broad brush strokes (about) why things have happened the way they have.”  He said, “Not only is it the second bankruptcy for Radio Shack – they’ve all closed.  The Whole Foods site is vacant.”

Whole Foods announced its closure in 2017, as part of a much broader restructuring of the company on a national level, where they scaled back major expansion plans nationally in the face of six quarters of declining sales.

It was reported at the time that Whole Foods was having “a hard time in the corporate sense” and “their sales were not doing well.”

Councilmember Frerichs also took issue with the reference to Strelitzia by the public commenter.  “Yes they did move away from the downtown,” he said.  “They wanted to have an enhanced space.”  He explained that they have a wholesale warehouse with a retail storefront.  “That was not a permissible use in the downtown,” he said.

Mayor Brett Lee pointed out that there does need to be a broader General Plan discussion, but made the point, “The square footage is there.  We’re not talking about adding to the square footage, it’s a just a few lines… of restrictions which at some level don’t seem to make sense.”

He said, “Amazon and the internet as a whole (are) 95 percent of the challenges that retail is facing and everything else doesn’t rate in my opinion.”  He said, “There’s almost nothing we can do about that.”

Dan Carson pointed out that Target “has been a huge plus for this city.”  He noted this does not add square footage to the center.

He said if we want to help the downtown, we should abide by a public vote that approved Nishi.

“(Nishi) would provide 2000 customers to our downtown that would help our retailers and restaurants,” Councilmember Carson stated.  “It’s hung up in litigation.  There’s a party who spoke here earlier tonight who’s a party of that litigation.  If we can resolve that lawsuit we can move forward with a project that can help our downtown.”

He said, “I think that’s how we move forward.”  He added, “This modest proposal will do nothing to hurt our downtown.”

Will Arnold added once more, “Prior to Target and TJ Max, there was a whole list of things that we’re all wearing right now you couldn’t buy in Davis – socks, undies.”