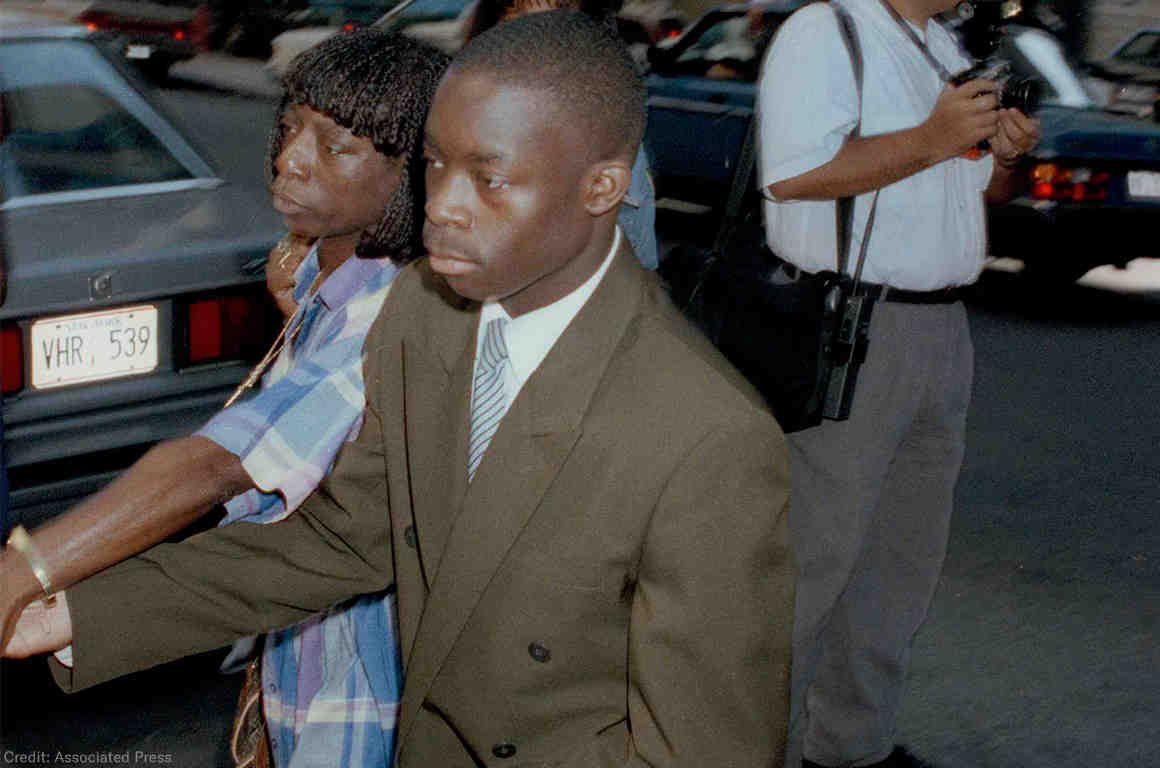 By Somil Trivedi and Nusrat Choudhury

Ava Duvernay’s new miniseries, When They See Us, retells the harrowing story of the five Black and Latinx boys wrongfully imprisoned for the rape and near murder of a young woman in New York’s Central Park in 1989. In this telling, she tackles racist practices that echo to the past, but are very much present in the current era of mass incarceration.

The story is as complex as it is damning. Duvernay chronicles how police, prosecutors, judges, jailers, and the media worked in concert to destroy these innocent children and their families. Dehumanized by the press, the boys were convicted after the NYPD and Manhattan DA brutally extracted false confessions from them. But the press merely augmented the voice of the systems of oppression at work. Yes, the law eventually, after many failures, afforded them some semblance of justice, including through a 2002 exoneration based in part on DNA evidence. But this only forces us to ruefully scrutinize how this miscarriage of justice it began and proceeded, and to consider the roots of structural oppression and institutional racism that drove the injustice in the first place.

Indeed, the series tells a story that is so powerful and so painful, there is a risk that some will see it as an aberration, something outside the norm of our criminal legal system. But viewers must recognize and grapple with the fact that the shocking details of this prosecution – the beatings, coerced confessions, and prosecutorial misconduct that led to the imprisonment Kevin Richardson, Raymond Santana, Antron McCray, Yusef Salaam, and Korey Wise – are simply manifestations of legal infrastructure that has long brutally harmed people of color throughout our country and across generations.

It would be irresponsible to divorce the experiences of the men exonerated for the Central Park assault from deep-seated and prevalent racial biases that dehumanize Black and brown people, as well as our country’s sordid history of wielding the criminal legal system to enforce those stereotypes. Throughout our history, Black people in particular have been equated with apes and animals, with the predictable result of promoting state violence against them. In 1980s New York alone, Willie Turks was beaten to death by white racists, and Bernard Goetz shot four Black teenagers on the subway with impunity. So it’s no surprise that, in 1989, prosecutors and the media labeled these boys—none over the age of 16—as part of a roving “wolf pack,” a racially-charged term commonly used at that time in New York City to describe groups of young Black and brown men. Amplifying these stereotypes, none other than Donald Trump took out full-page ads in major newspapers calling for the boys’ execution.

Thirty years later, communities across the nation continue to endure a near constant barrage of police killings of unarmed Black

people, including Michael Brown, Eric Garner, Rekia Boyd, Tamir Rice, and so many more. The nearly ubiquitous lack of accountability for their killings sends the message that these people are in fact not people at all, and therefore their lives ought not matter.

Our challenge, then, is to upend these biases and combat this history by seeing all people of color and all criminal defendants with the same humanity that Ava Duvernay applied to her five subjects.

Second, the miscarriages of justice in the Central Park assault case were not and are not abnormal. It is true that the misconduct of lead prosecutor Linda Fairstein was uniquely appalling in many ways, and she somehow maintains to this day that she got it basically right—despite the men’s eventual exoneration and New York City’s decision to settle their civil rights lawsuit for $41 million.

The real story here is not about individual prosecutors or police, many of whom would rightly denounce the approaches on display in the series. As DuVernay herself explained, “It’s not all about [Fairstein]. She is part of the system that’s not broken, it was built to be this way. It was built to oppress, it was built to control.”

Indeed, the true power of When They See Us is how it blows the lid off a system of criminal laws and norms anchored by near-unreviewable law enforcement discretion to target and pressure vulnerable people into abandoning their rights and submitting to state punishment. In the miniseries, that pressure took the form of violent, illegal interrogations of children of color. However, we must speak the truth that every day in America, law enforcement officers exert similar pressure on marginalized people—disproportionately people of color—through racial profiling and the over-policing of communities of color, family separation, mandatory minimum sentences, crushing fines and fees, and coercive plea bargaining tactics, to name a few. These tactics push Black and brown people to jail and prison in droves, despite mounting evidence that incarceration destroys communities and costs far too much. Indeed, there are data-driven reasons to believe incarceration actually creates more crime.

In other words, the story of When They See Us actually gets told every day in America, thousands of times over.  But the systems that make those stories possible are being fought.

Across the country, the Black Lives Matter movement is mobilizing for liberation from state-inflicted violence against Black people, including by taking on prosecutors. And though the U.S.  is still mired in a mass incarceration crisis, there is a growing, bipartisan coalition working to eliminate it. A small but significant cohort of law enforcement leaders, including elected prosecutors in places like Chicago, San Francisco, Dallas, and Boston, is deploying their discretion to review illegal convictions rather than coerce them, and reduce racial disparities rather than exploit them. States are responding to increasing public support for law enforcement transparency and accountability, and humane alternatives to coercive policing, prosecution, and sentencing.

Things are changing, slowly but surely, in response most of all to community pressure. We must remain vigilant in our hope, and resolute in our efforts. Because we are not there yet. “Reformers” backslide; “reforms” underwhelm. The same man who once called for the execution of five innocent boys of color now encourages police brutality as President of the United States. We are not as far from 1989 as we might think. When They See Us is a powerful reminder of that fact, and of the imperative to keep fighting and lifting up the voices of those who are most seriously impacted.