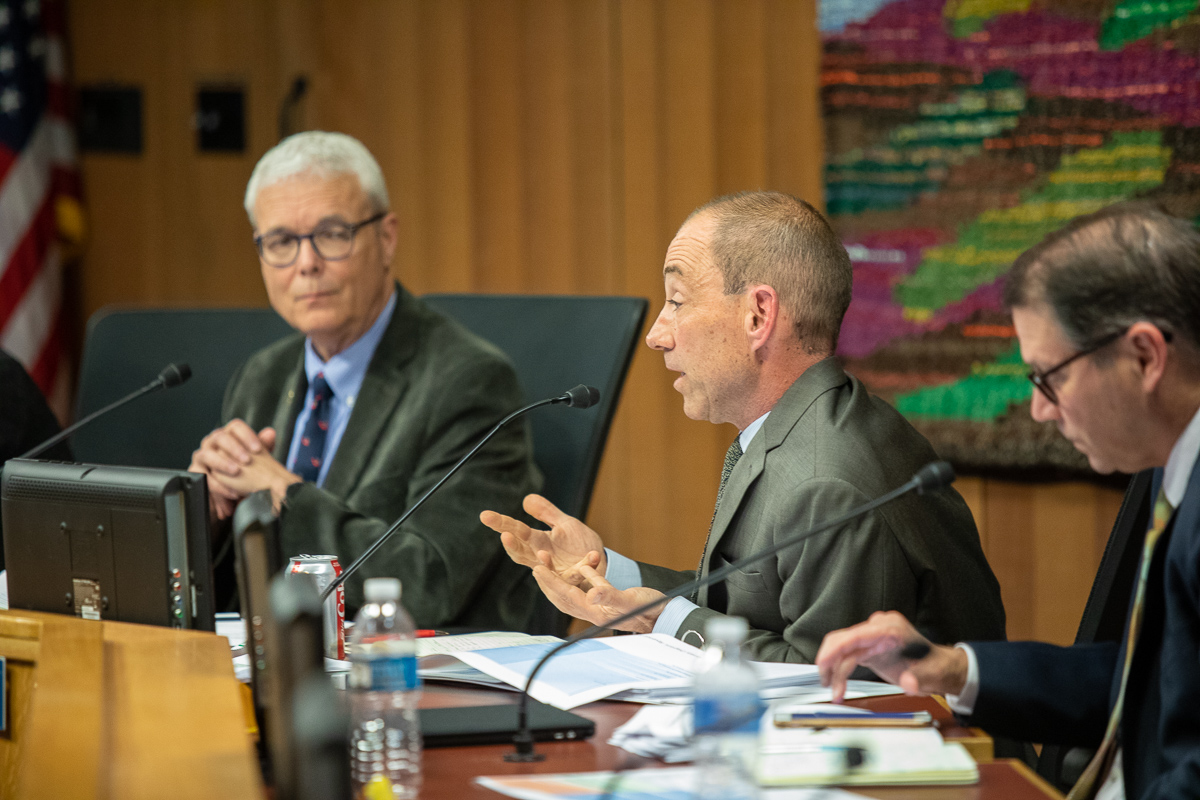 A certain columnist believes that if Davis citizens had been given a chance to vote on district elections for school board they would have rejected it with 80 percent of the vote.  While I tend to agree with that point of view, there has been good reason to take such decisions out of the hands of local residents.

My initial reaction to the news was fairly negative.  In Davis, I largely do not see the upside of the district election – other than to reduce the amount of money it takes to get elected and perhaps open the doors to new perspectives.

As a reader reminded me, my thinking was overly white male and I need to consider district elections from a broader perspective.  Indeed, district elections transformed the city council in a place not far from here, Woodland.  It was just a few years ago that the Woodland City Council was five white male Republicans.  Now the majority on the council are Latino.

The school board does not believe they have a choice on this matter.

Attorney David Soldani told the board, “The California Voting Rights Act says you cannot use an at-large method if it impairs the ability for a protected class to elect representation of its choice or to influence the outcome of elections.”

Moreover, he said, “there have been changes to this law that enable people to submit a demand to the district to make that change.  Once received it commences a very tight timeline under which the district has to make a decision whether to change and ultimately when to complete the process.”

The reasoning here is simple – the district could be sued under the provisions of the Voting Rights Act and, if sued, legal counsel believes they would lose.

Bob Dunning, interestingly enough, argues that “some of us don’t think losing would be inevitable.”  Of course, he did not argue that point or make a case.  The case would probably go that Davis is sufficiently

homogeneous that it is not clear that the at-large method impairs the ability for a protected class to elect representation.

Joe DiNunzio commented, “If we’re not being forced, we’re being strongly urged to go down this path.”

He said, “If we don’t go in this direction, the odds are extraordinarily high that we will be sued.” He added, “If we are sued, it will be expensive to defend ourselves, more than likely.”

Mr. DiNunzio added, “The odds are deeply against us.”

Mr. Soldani quantified it, “No one has successfully defended such a suit.”

There is something to that.  Davis in 2018, for example, elected women of color Gloria Partida and Cindy Pickett in at-large districts, while it elected Melissa Moreno in a district election.  There is probably a case to be made about the lack of ethnic enclaves in the community – but is this really the fight we need to have?

The upshot would be that Davis could be one of the few cities to keep at-large districts, but the downside is that, if the district lost, they would lose a lot of control and at least this way they can draw some districts that make some sense.

Alan Fernandes put forth a different view, painting it in the best possible light.

“It is also important to understand the overarching purpose of the law,” Mr. Fernandes noted. “I strongly support this action.”

I was skeptical of this view as is Bob Dunning, who writes, “The purpose of the law, of course, is to be sure that underrepresented groups get a seat at the table, but it’s unclear in a town such as Davis if district elections will achieve that goal.”

He argues: “How much difference such a dramatic shift in the way we elect board members will make is unclear, but there’s a better than even chance we’ll end up with the same sort of board members making the same sorts of decisions.

“Seemingly, the dramatically lower cost of running for a seat under the district election format will scare up a number of new faces who wouldn’t otherwise have considered running,” he writes.  “Whether that’s a good thing or a bad thing remains to be seen, but it’s hard to argue against increased participation.”

But why assume that that would be the case when there is empirical evidence to the contrary?  I have already given the example of Woodland and transformative change brought by district elections.

There is a second point that elections to current school board positions have at times been clustered toward certain parts of town and away from other parts of town.  Under district elections, each portion of town will always have representation.

Finally there is this: the barrier to entry will be lower.  Does that matter?  When people had to spend money and run a campaign, four people signed up for three seats last fall.  When the cost of entry was nothing and the promise was a few months on the school board, a large number of very qualified people showed up to be appointed to election.

People that would never attempt to seek electoral office signed up for the appointment process.

Whether that turns out to be a positive – like Bob Dunning, I’m ambivalent – or not, having a broader pool of applicants is always a good thing.

And that’s why the lawsuit, even in Davis, would probably succeed.  While there are no enclaves and low numbers of disadvantaged population in Davis, the lower barrier to entry means more people in those categories could conceivably enter and, if they enter, they have a better chance of winning.

18 thoughts on “Commentary: District Elections Coming, Like Them or Not – Here’s Why That Could Be a Good Thing”