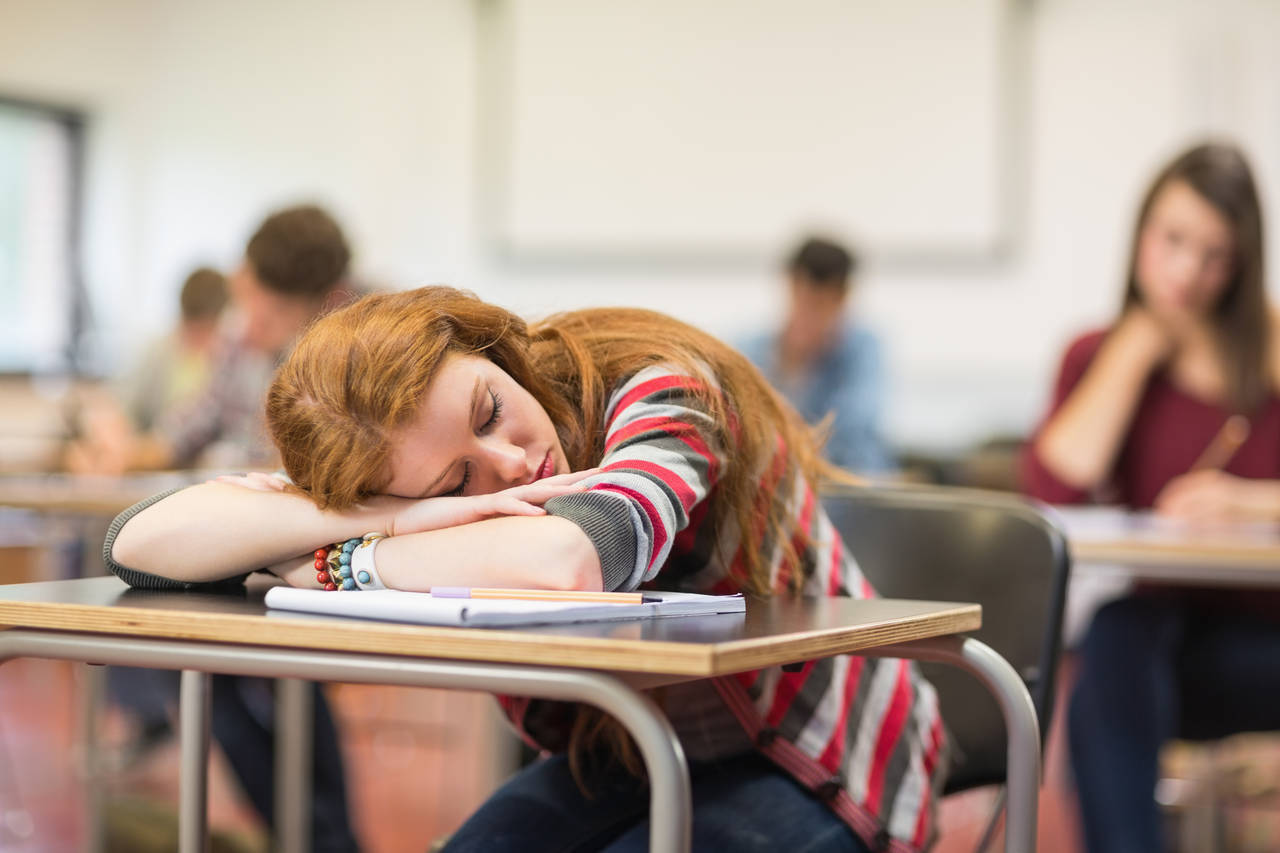 The research on late start is pretty overwhelming.  Studies show that teens need 8.5 to 9.5 hours of sleep, but get about 7.6 hours of sleep on average.  And that’s just on average – many probably get a good deal less than even that.

There are studies that link inadequate sleep to negative impacts on important brain functions essential to learning processes, but, just as importantly, inadequate sleep is also associated with higher rates of obesity and depression, lower levels of motivation and attentiveness, and increased rates of traffic accidents.

The educational field is in the midst of a very slow recognition of this problem and is trying to figure out the best way to address the problem.

But Bob Dunning is pushing back, arguing that the goals of reformers are positive, “but there’s very little evidence to back up the claim that an 8:30 a.m. start will result in more sleep.”

He sarcastically notes that “every Wednesday our kids have what’s called “late start” and all that seems to mean is that they get to stay up later on Tuesday night.”

He’s probably correct on that account.  But is the answer simply not to attempt to shift the way our youths get sleep, or to use the research and changes in policy as a teaching moment to retrain the adults to ensure their kids sleep more?

I don’t disagree with that point either.  For instance, our middle schooler on Wednesdays gets dropped off at the same time as before – he simply gets to relax for an extra hour and a half before starting school.

We definitely have to figure out a way to shift our cultural thinking because the research here is overwhelming.  All Mr. Dunning is pointing out is that change will be difficult.

Mr. Dunning argues that “one size does not fit all.”  He argues: “Kids in Alturas who get up early to milk the cows or gather eggs from the hen house are unlikely to benefit from a late start that ends up

getting them home from school later as well.”

The problem with these arguments is he is arguing that people don’t start the day later, not that they wouldn’t benefit from doing so.

I agree with Mr. Dunning that late start would be a burden on those whose “work schedules have been set around the current start times and may have no leeway to changes those schedules.”

The title of his column is: “We aren’t doing kids any favors by letting them sleep in.”

While that point is not argued in his article, it is not clear that he is correct here.  I see a lot of parallels here to research on brain development, which has very slowly led to reforms in the juvenile justice system.

For years we increasingly treated juveniles as young adults.  We thrust them more and more into the adult justice system, particularly as crimes committed got more and more violent.

But a funny thing happened – as science of brain development advanced, we learned that juvenile brains were still developing.  We learned that the areas that developed most slowly were areas of judgment and impulse control, which is why as people age, they slowly start dropping out of criminal activities.

The current system does not have a full nexus between what we know about juvenile brain development and criminal justice policies, but slowly the system is evolving to incorporate our understanding of that system.

Along the same lines, we are learning more that children and teens also need more sleep to allow their brains to better develop and to allow them to better function.

The research by the CDC and US Department of Education noted, “Schools that have a start time of 8:30 AM or later allow adolescent students the opportunity to get the recommended amount of sleep on school nights: about 8.5 to 9.5 hours.”

The CDC (Centers for Disease Control) also notes, “In 2014, the American Academy of Pediatrics issued a policy statement urging middle and high schools to modify start times to no earlier than 8:30 AM to aid students in getting sufficient sleep to improve their overall health. School start time policies are not determined at the federal or state level, but at the district or individual school level. Future studies may determine whether this recommendation results in later school start times.”

Are we really doing kids no favors by thinking of ways to get them more sleep?  If the argument is that eventually they need to function in the adult world, I agree.  If the argument is that it will be difficult to both provide them with opportunities for additional sleep and structure their parents’ lives in a way to make it possible, I also agree.

However, the first step toward change is recognition of the problem.  The second step is finding workable solutions for that problem.

It seems just as the road to juvenile justice reform has been slow, the increasing recognition of brain development issues and the need for sleep will slowly win over to policy change.

In an article by Paul Kelley and Clark Lee, “Later School Start Times in Adolescence: Time for Change,” makes reference to these times.

They write, “While start times are typically set at the local level, leaders can help raise awareness of the overwhelming evidence that later starts are beneficial.”  They write, “The current context is one in which there is a growing pressure to change to later start times for adolescent students.

11 thoughts on “Commentary: Research Shows We Must Figure Out Ways to Get Our Kids More Sleep”