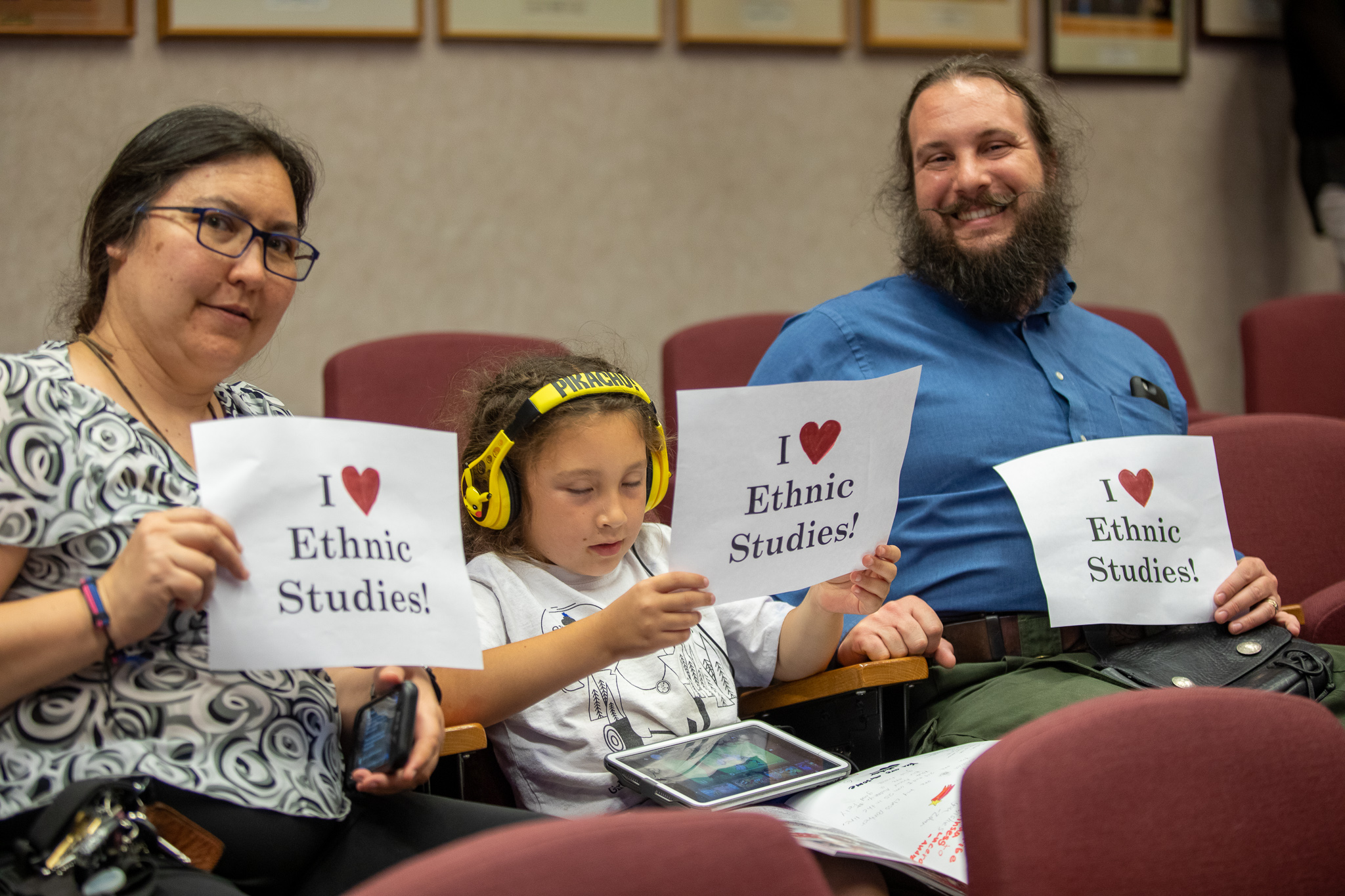 The school board this week has a letter asking for Senator Connie Leyva and Assemblymember Jose Medina to support AB 331, “which will add a course of ethnic studies to be a high school graduation requirement beginning the school year of 2023-24.”

In the letter, the district notes: “While the District’s history-social science curriculum already includes a multicultural education component which is designed to teach students to respect and appreciate cultural diversity and different points of view, ethnic studies will further develop students’ understanding of commonalities, conflicts, and injustices that form the collective experiences of people from various cultural, ethnic, gender, racial, religious, and social groups.”

But, while there are good reasons to support AB 331 which would impose these requirements statewide, there is no reason that the school board should wait for the legislature to act, waiting until 2023-24.

Parents and other local advocates are pushing for the district to “modify its existing graduation requirement to include the Ethnic Studies framework that students can fulfill by taking courses in history, English, social studies, arts, or math.”

They are pushing for these changes to take place by next school year, writing in their draft resolution that “the Governing Board of Education directs the Superintendent to develop curriculum and provide professional development to ensure quality courses in Ethnic Studies that fulfill the cultural diversity requirement” and that “the funding for this program and each of its elements shall be incorporated into the budget and LCAP for the 2019-20 school year, and every year thereafter until fully implemented.”

While it is probably too late to include this for the 2019-20 school year, even a 2020-21 implementation would be three years earlier than the earliest possible date for statewide mandates.

The district in their letter writes: “AB 331 will help us build on existing courses and/or develop new courses, as well as integrate ethnic studies across the curriculum. As ethnic studies seek to engage

students in school and in their learning, we believe this will help close the achievement gap by reducing student absenteeism, improving student graduation rates, and better preparing Californian youth to be college, career, and civic ready.”

But why wait for the state to act?

Community members are calling for the following:

None of those are contingent on a statewide bill.

As Anoosh Jarjorian explained at the last meeting during public comment, the group wanted to partner with the district in order to get the program implemented for an upcoming school year.

She noted that some current classes could be “re-done with an ethnic studies focus.”

She said, “What we’re trying to propose is not burdensome. We’re trying to integrate with what already is in place so we can help you bring ethnic studies into the program and basically fill the primary buckets that LCAP aim ameliorate – in terms of having a 21st Century education, ethnic studies helps with that.

“In terms of closing the achievement gap, we have studies that demonstrate that ethnic studies accomplishes that. And in terms of developing the social and emotional learning of students, ethnic studies addresses that as well.”

One of the group’s calls is the allocation of $15,000 to $20,000 specifically for professional development, with the first step being to pass a resolution.

At the board meeting a few weeks ago, administrator Rody Boonchuouy explained, “The challenge is trying to figure out the logistics of introducing a new course of study and what that would look like in making sure that (we) do it in a sustainable manner… particularly with enrollment the way it is.”

He asked, “How would we introduce? At the expense of what? And the process by which we would get there.”

However, Melissa Moreno, who spoke at public comment a few weeks ago, pointed out that while AB 331 is moving through the legislature, there are already over 30 school districts in California that have either passed Ethnic Studies resolutions and/or made Ethnic Studies a graduation requirement.  That includes Woodland Joint Unified.

In fact, she argued, Woodland was well ahead of where Davis is on ethnic studies offerings, as is the state of California.

The letter by the district is fine, supporting AB 331 is a good thing, but it doesn’t substitute for the district passing its own local standards that take place well before 2023-24.

Share:
Tags:AB 331DJUSDEthnic Studies
Previous : UC Davis Admits in Federal Documents Responsibility for Negligent Killing of Baby Monkeys
Next : Commentary: Mental Illness Is a Factor, but It’s Not the Major Problem in the Homelessness Epidemic

24 thoughts on “Commentary: Why Wait for the State on Ethnic Studies?”