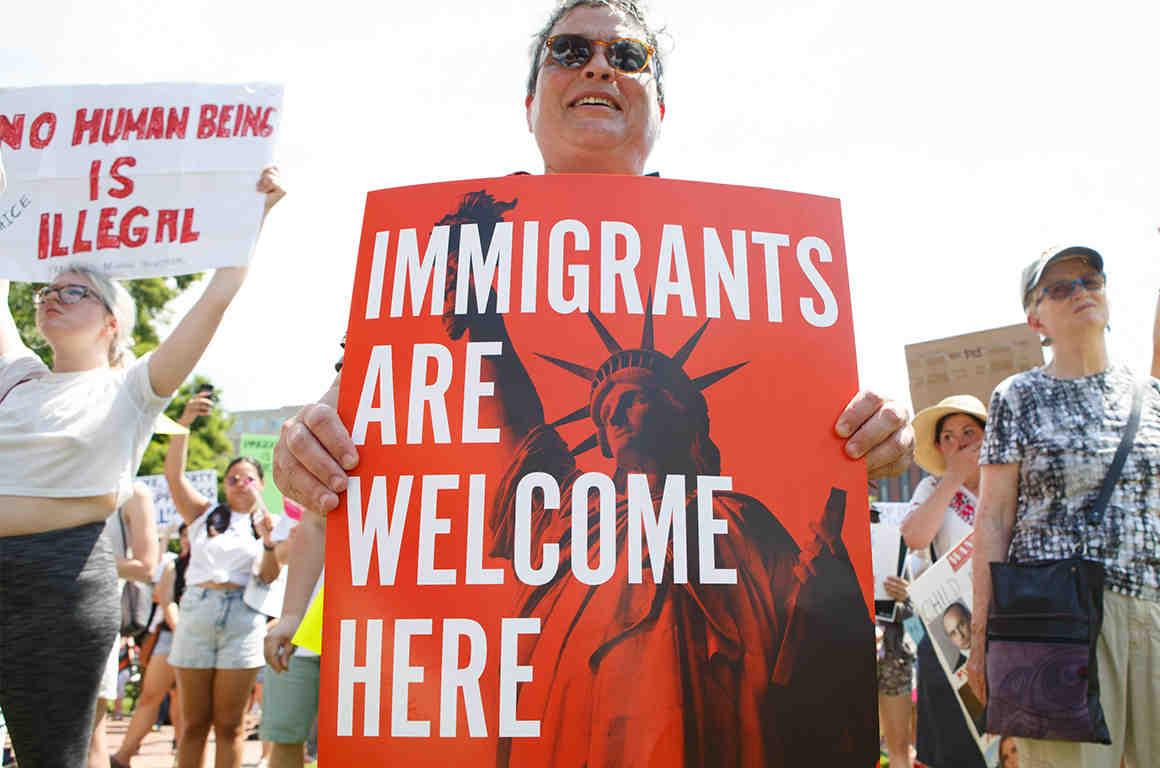 Last night’s Democratic presidential debate shined an unlikely spotlight on a little-known section of the federal code — 8. U.S.C. 1325. This law makes crossing the border without legal authorization a federal misdemeanor. Its counterpart, 8 U.S.C. 1326, makes re-crossing the border a felony. They are the laws the Trump administration has leveraged to take thousands of children from their parents at the border.

Recall their explanation: They claimed they had no choice but to take children from their parents because they were criminally prosecuting the parents pursuant to a zero-tolerance policy. And they claimed that necessitated placing the parents in U.S. Marshals custody and sometimes in federal prison, while their children were transferred to the Department of Health and Human Services. The laws they were using to prosecute the parents? 8 U.S.C. 1325 and 1326.

The Trump administration is not the first to use these laws, though they are the first to use them against parents on a large scale. The federal government began to rely heavily on the laws that criminalize migration in 2005, in a program called Operation Streamline. Until then, crossing the border without legal authorization was typically treated as a civil offense, not as a crime — migrants apprehended near the border would usually face quick deportation, but no criminal penalties. Since 2005,

though, criminal prosecutions for unauthorized border crossing have skyrocketed, and in 2017 and 2018,  they comprised 57 percent of all federal criminal case filings nationwide.

That bears repeating. Last year, prosecutions under 8 U.S.C 1325 and 1326 comprised more than half of all federal prosecutions across the country. That’s more than white collar prosecutions, more than drug-related prosecutions, and more than weapons prosecutions. And to be clear, if the government were not criminally prosecuting these individuals, they’d be placed into civil deportation proceedings anyway.

Like so much of the criminal system, the system under which migrants are prosecuted for crossing the border is replete with due process problems. These individuals have practically no opportunity to consult with an attorney to understand the charges, the consequences of a conviction, and potential avenues of legal relief. Hearings are often conducted en masse, with instructions relating to charges, rights, and terms of plea agreements only nominally individualized. Almost everyone pleads guilty. And after they plead, they are referred for deportation — making the criminal process redundant at best, cruel at worst.

A 2018 study from Human Rights First found that at the border, the government regularly refers asylum seekers — people exercising their legal right to ask for refuge in the United States — for criminal prosecution, delaying or preventing altogether their opportunity to make a claim for protection. This practice blatantly violates U.S. treaty obligations and due process.

Federal laws that criminalize the act of border-crossing have been on the books since the 1920s, first proposed by members of Congress who were explicitly motivated by eugenics and white supremacy. They belong in the dustbin of history, along with the racism that undergirded them. It is long past time for their repeal.