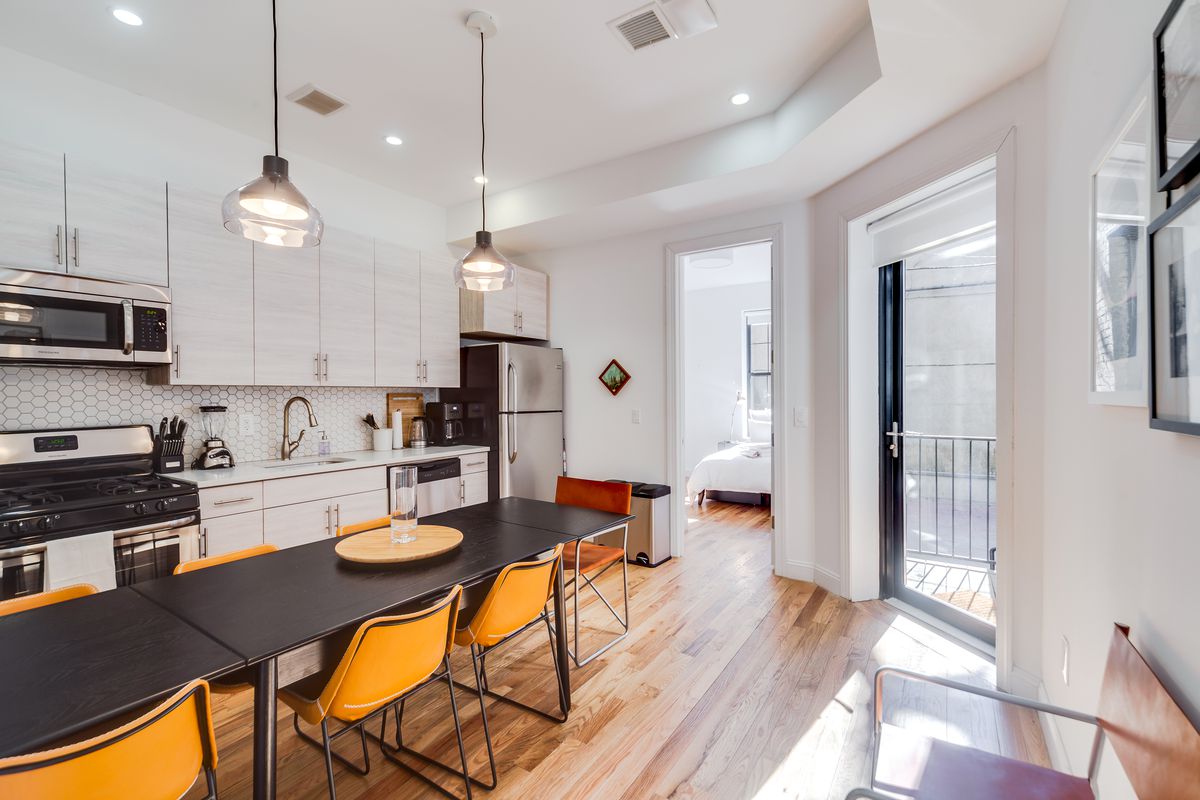 While we still do not have a specific housing proposal, from the Vanguard interview last week with Dan Ramos we have learned a few things about what the housing proposal will and will not have.

The innovation centers per the instructions in original RFEI (Request for Expressions of Interest) that the city put out in May 2014 included the provision: “Acknowledgement of community’s current desire for no residential to be included.”

As Dan Ramos explained to the Vanguard, the city actually came to them.  In 2014, there was a widespread belief that housing would be the “third rail” and harm the project’s chances for passage.

Doing the EIR, however, staff came back to them and told them, “You need to have an alternative that’s mixed-use because it’s environmentally superior.”

“We looked into it at that point,” he said.  “Low and behold it comes back as the environmentally superior alternative.

“That’s when we started embracing (housing),” he stated.  He argued this made more sense.

In a letter in December 2014, Dan Ramos wrote council: “[A]s we have proceeded over the last several months, our team has become convinced that a viable innovation center should contain a housing component such as the one reflected in the mixed-use alternative. This is interesting because we initially were highly opposed to the inclusion of a housing component in our project.”

He argues, “Over time, however, our view has changed. Why? First, because we have learned that cutting edge innovation centers now almost always contain a housing component, the primary purpose of which is to provide housing for those who work at the innovation center. This proximate housing is endemic of the unique live/work relationship prevalent in the tech industry and is essential to the effective marketing of innovation centers.”

During our interview, he was quite explicit.

“This is not a housing project,” Dan Ramos told the Vanguard.  There is a widespread belief that this project has morphed from a purely commercial project to a housing project.  That is not true.

As Dan Ramos explained: “If anything this is an accessory use to what we’re trying to do.  It helps us enhance the innovation or the research park part of it.  It helps us be successful.”

A big issue in places like Davis is to try to find housing for employees.

For many companies, Dan Ramos said, following many others we have spoken to, the need for housing is a huge consideration in where they will move their company.

He said, talking to Bay Area companies, he learned that housing is a huge issue and “so important for attracting employees.  It’s a big priority for them in terms of recruiting and everything,” Mr. Ramos said.

Not only does it give employees a place to live, but it also helps reduce GHG impacts, it reduces traffic impacts, and it helps to create an innovative culture where ideas can germinate and be discussed as more people come into contact with each other.

A second key point that Dan Ramos makes is on the type of housing.

This is going to be urban living.

“It will be high-density housing,” he said.  “A retail component below where we have the coffee shop, the brew pub, or whatever it might be where people might hang out, interface and do their thing.”

An inevitable question is whether students would live here.  When we posed that question, for instance, at the University Research Park – a location much closer to campus – their feeling was that this wasn’t going to be structured as student housing, but they wouldn’t stop students from living there.

There are some disadvantages for students living at Aggie Research Campus, including the fact that it will really be set up for workers at the campus rather than for students.  There are a number of ways to structure housing of this sort so that it doesn’t become student housing, including off-setting the rental schedule.

But mainly we expect that, given the distance from campus and the large volume of student housing already by campus, this won’t attract that many students.

One of the concepts we discussed with Dan Ramos was a co-housing model.  He and his development team are exploring such innovative models as they consider a more specific proposal when it comes to council.

Co-housing addresses a number of issues.  First, it makes it absolutely clear that this would not be housing for just anyone to live in.  There will likely be requirements in the development agreement, just as is articulated in the EIR, that at least 60 percent of the residents of the housing work on-site.  By creating a co-housing model that makes it far easier to achieve.

Second, there are cost-considerations.  Housing has become increasingly expensive and co-housing is a way to limit those costs.

Third, it makes the housing that much more dense and serving more people.  As we try to limit the number of commuters, having more people living on-site will reduce impacts.

Last year, we reflected on a growing trend both in places like San Francisco and Sacramento – what is known as “adult dorms” or co-housing arrangements.

On March 4, 2018, the New York Times noted: “In search of reasonable rent, the middle-class backbone of San Francisco — maitre d’s, teachers, bookstore managers, lounge musicians, copywriters and merchandise planners — are engaging in an unusual experiment in communal living: They are moving into dorms.”

They note: “Shared bathrooms at the end of the hall and having no individual kitchen or living room is becoming less weird for some of the city’s workers…  These are not micro-units, nor are they like WeWork’s WeLive housing developments, where residents have their own small kitchens, living rooms and bathrooms but share common event space and industrial appliances for parties. These are not single-family homes that are being used as group houses.”

Instead, what Starcity residents get is a small bedroom 130 to 220 square feet.  Some of the buildings have a private bath, but that is for a higher rent.

This type of model would seem to be perfect for the segment of the workforce that is just graduating from UC Davis.  They have degrees that would enable them to go into the high tech industry, but they do not yet have the families to need a lot of space or the income to buy into more conventional housing.

We have not yet seen the specific proposal here – so until then the housing, like other configurations, is a work in progress

Share:
Tags:Aggie Research CampusCo-housingEconomic DevelopmentMixed-UseWorforce Housing
Previous : My View: Clarence Thomas Once Again Not Going to Protect Us from Rogue Prosecutors
Next : Guest Commentary: Reparations Not a Symbolic Act, It’s a Path to Restorative Justice

64 thoughts on “My View: Addressing Housing Issues at ARC Including the Possibility of Co-Housing Models”