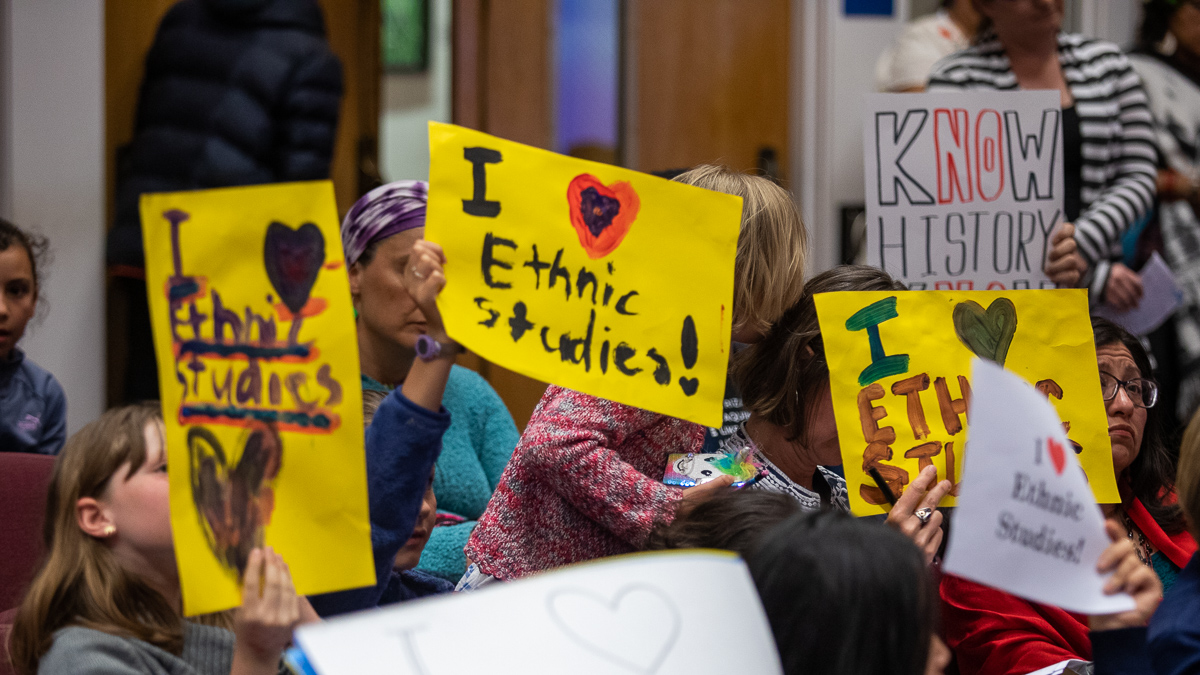 While community members have pushed for DJUSD to implement its own local ethnic studies program for the immediate implementation, the board is slated to take action in support of AB 331, which “which will add a course of ethnic studies to be a high school graduation requirement beginning the school year of 2023-24.”

The letter is addressed to Senator Connie Leyva, Chair of the Senate Education Committee along with Assemblymember Jose Medina, the bill’s author.

Dear Chairperson Leyva and Members of the Senate Education Committee:

We write to unanimously express our support for AB 331 which will add a course of ethnic studies to be a high school graduation requirement beginning the school year of 2023-24.

California’s diversity is an asset, and students should build their knowledge of the various diverse groups that have contributed to the state’s prosperity and well-being. Incorporating ethnic studies courses into standard high school curricula and making it a graduation requirement promotes respect and understanding, supports student success and teaches critical thinking skills. Additionally, ethnic studies provides students with the opportunity to learn about their respective cultures and ethnicities in the context of the history of California, the United States, and the world.

While the District’s history-social science curriculum already includes a multicultural education component which is designed to teach students to respect and appreciate cultural diversity and different points of view, ethnic studies will further develop students’ understanding of commonalities, conflicts, and injustices that form the collective experiences of people from various cultural, ethnic,

Davis Joint Unified School District (DJUSD) has seen great value in our Race and Social Justice (RSJ) course offering, initiated in 2007 and now an elective that 48% of students at Davis Senior High School took during their junior or senior year. This course covers U.S. History from the perspective of race relations and the quest for social justice by both white and non-white racial and ethnic groups. Students are trained to design and complete a group research project that examines a historical issue in race relations and applies it to a contemporary event or issue in students’ lives.

DJUSD has embraced the many recent initiatives for increased ethnic, civic and cultural awareness in public education. Governor Jerry Brown signed the FAIR Education Act into law in 2012, requiring schools to include the contributions of the LGBT community in educational instruction and to help LGBT students to feel that they have an opportunity to make positive contributions at school. In addition, SB 48 instructed public schools and the State Board to add instruction in history-social science about the role and contribution of persons with disabilities; lesbian, gay, bisexual, and transgender Americans; and other ethnic and cultural groups to the economic, political, and social development of California and the United States, with a particular emphasis on portraying the role of these groups in contemporary society and to adopt textbooks and instructional materials that accurately portray groups as identified.

AB 331 will help us build on existing courses and/or develop new courses, as well as integrate ethnic studies across the curriculum. As ethnic studies seek to engage students in school and in their learning, we believe this will help close the achievement gap by reducing student absenteeism, improving student graduation rates, and better preparing Californian youth to be college, career, and civic ready.

We urge your support of this bill and its purpose to further the instruction of ethnic studies in California schools.

Share:
Tags:AB 331DJUSDEthnic Studies
Previous : My View: Housing Insecurity and Homeless Numbers at UCD a Cause for Alarm
Next : Guest Commentary: Introducing the Aggie Research Campus