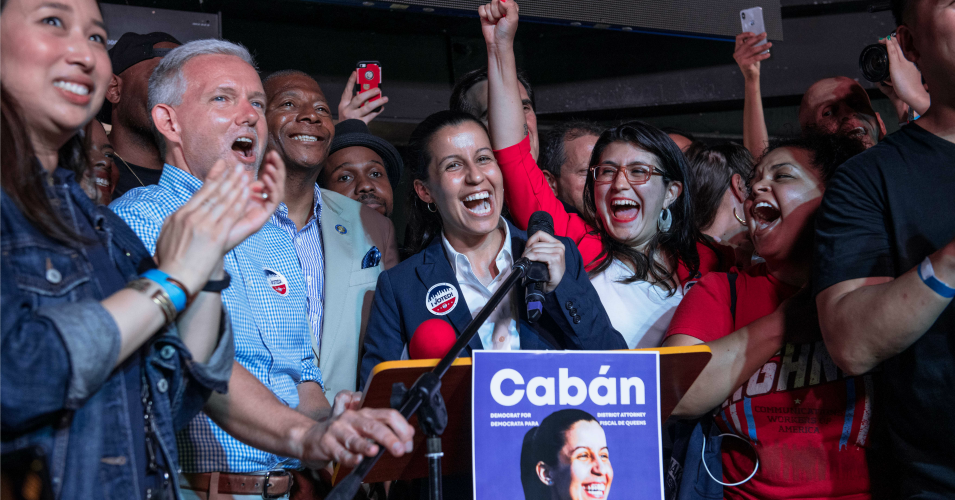 Politics is changing.  But you knew that.  You knew that in November 2016 for sure, when Donald Trump did the unthinkable.  You probably weren’t convinced when he knocked off a large field of Republican seemingly heavy-weights in the primary.

He had a narrow path to get elected in the fall – the political accomplishment akin to drawing an inside straight with a single card in poker.

In the 1930s Franklin Delano Roosevelt upended the existing system with his Fireside Chats, being able to go directly to the people and talk to them during the Great Depression.  The rules changed again when the medium shifted from radio to TV.  John F. Kennedy beat Richard M. Nixon, in part because of the TV medium portrayed him more favorably than his opponent during the debates.

In 1968, Nixon again, but this time, he utilized the new techniques to hire Roger Ailes to build him a TV campaign that could capture the presidency.

For all of Trump’s shortcomings and bombastic rhetoric, he stumbled on something in 2016 – his use of Twitter to circumvent the media and go right to the people was a game changer.  For years, that moment has been building, but it took an unconventional candidate to show us the possibilities.

You think Joe Biden is going to be the Presidential nominee?  You think a moderate is what will beat Trump?  You could be right.  Right now the polls back you.

But what I have observed in the last three years tells us that conventional wisdom here again may be dead wrong.  Do you want to know who is going to win?  Start looking at who can mobilize the most people

on the ground through social media and collective organizing.

In 2016, it was Bernie Sanders and he darn near knocked off Hillary Clinton before she imploded in the General Election.  Can he do it again?  Will it be someone else?

The one thing I know – throw out the book of what you thought you knew.  The next six months are going to tell us who can mobilize the voters.  This week was just the start.

To illustrate my point, let us move away from the Presidential race.

On Thursday, I got a glimpse of the emerging force in politics, but not because we were watching the Democratic Debates.  Indeed, I was only there by happenstance.

Instead, I was there to watch the San Francisco DA candidate, Chesa Boudin.

Chesa Boudin is a progressive public defender who is running for DA, and Shaun King arrived as a guest. Covering the progressive DA movement is like being at the forefront of a new revolution in politics and no one is really understanding what they are witnessing.

We saw a little bit of it in Yolo County.  Remember when the conventional candidate to oppose the DA, Larry Eichele, backed out of the race?  People pretty much had already handed Jeff Reisig the re-election even before Mr. Eichele bowed out.  Emerging in his place was Dean Johansson.

How in the world was Dean Johansson going to knock off a safe incumbent DA who had the backing of most of the political establishment (Jeff Reisig had pretty much every politician in the county outside of Don Saylor and a few councilmembers in liberal Davis)?  Dean Johansson was considered far left, he had no money, and he was no match for an experienced politician like Mr. Reisig.

I admit it.  I have known Dean for 15 years, I call him a friend, I thought he had no chance.  I was wrong.

Dean Johansson came within an eyelash of knocking off an incumbent DA in a year when most of the other statewide progressive DA challengers, most of whom were better funded, lost.

What happened in Yolo County?  Dean Johansson, rather than relying on the political system, ran against it.  He was able to mobilize ordinary people and get them excited.

Make no mistake, Chesa Boudin is cut from the same mold – a public defender, younger at age 38, but with a very impressive knowledge of the criminal justice system.

Tiffany Caban appears, on Tuesday, to have pulled off a major upset in Queens New York, as the 31-year-old public defender upset the establishment choice for DA. That follows a wave of progressive prosecutors (which will be the subject of our event, by the way, on October 26 – we are launching that tomorrow) that started with Larry Krasner in Philadelphia.

Chesa Boudin might be even more of an underdog, given who is supporting Suzy Loftus – Kamala Harris, London Breed, Scott Wiener, Gavin Newsom, just to name a few of the power brokers.

From what I can see, he’s running a strong campaign.  He has a solid base of support in San Francisco among young activists.  But he’s going to have to do what many others have done – defeat the political machine.

The Intercept this week had a piece on Tiffany Caban.  It describes how “running on a radical decarceration platform” she “surged into the lead” and her “apparent victory is a show of force in New York for the local chapter of the Democratic Socialists of America, which worked hard for Cabán early, as well as for the Working Families Party and Real Justice PAC.”

They noted that Larry Krasner, “the Philadelphia district attorney elected with the help of Real Justice on a similarly radical platform, was in attendance at Cabán’s election night party.”

However, the biggest endorsement came from Representative Alexandria Ocasio-Cortez.

It was only last year that the 29-year-old woman in New York unseated one of the most powerful congressmen in Washington.

The Intercept points out: “A year ago, the party establishment could claim — whether it was true or not — to have been caught off guard by Ocasio-Cortez. That rationale is absent in Tuesday’s race. The eyes of the country were on Queens, and the machine was as prepared as it could be. It simply couldn’t muscle out the vote.”

What we are learning now is that money is not the most important factor in the social media age.  It is the ability to capture the grassroots energy, the ability to organize over Twitter, Instagram and even Facebook that can carry the day over machine politics.

In the midst of all of this, we are hearing from the pundits in the aftermath of Thursday’s debate.

The pundits are out in force. Bernie Sanders was kind of lackluster. Joe Biden got upstaged by Kamala Harris.

Joe Biden, by all the polls, is the frontrunner but a lot of people are probably holding back and watching. Biden himself has a history of self-inflicted wounds and we have seen several early on in this stage.

The Democrats are asking who can beat Trump – but maybe they are looking at this the wrong way. What we have seen since 2016 is that conventional wisdom no longer holds. Politics is changing. The old way is going by the wayside.

My suggestion is stop watching the polls, stop punditing and start looking at who has the most people behind their movement. In 2020, that’s probably what’s going to win at the end of the day.

Share:
Tags:Alexandria Ocasio-CortezBernie SandersChesa BoudinDean JohanssonDonald TrumpElectionsGrassrootsHillary ClintonTiffany Caban
Previous : On Curtis Flowers, the Supreme Court Got It Right—for the Wrong Reasons
Next : Sunday Commentary: Is the End Nigh – the End of Great Schools in Davis?

2 thoughts on “Sunday Commentary: We Should Throw Out Conventional Wisdom”