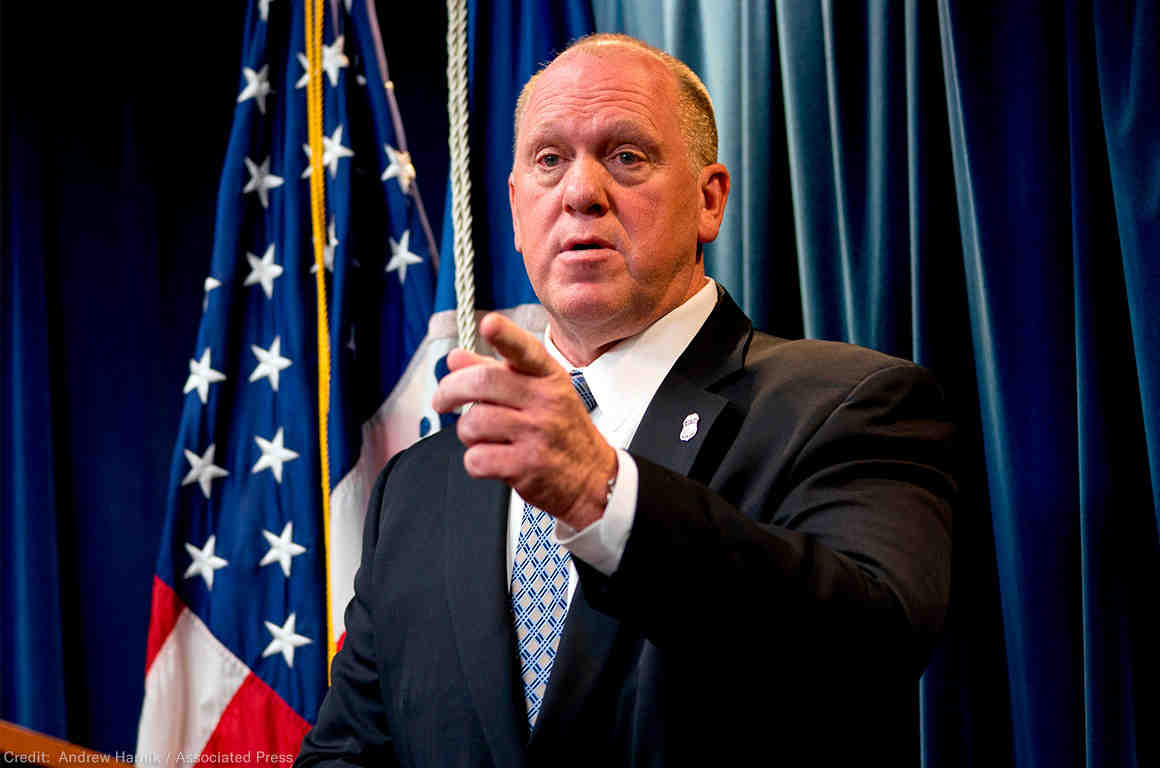 President Trump announced today that former Immigration and Customs Enforcement (ICE) director Thomas Homan will return to his administration as “border czar,” a new post he described during an interview with “Fox & Friends.”

The news comes immediately after we’ve learned even more shocking revelations about the treatment of migrant families and children in U.S. custody, including along the border. But Homan’s appointment will likely intensify the cruelty of the administration’s border policies.

Homan was one of three administration officials, including current Department of Homeland Security (DHS) Secretary Kevin McAleenan, who signed a memo to now-former  Secretary Kirstjen Nielsen which paved the way for the family separation policy. The memo stated that DHS could “permissibly direct the separation of parents or legal guardians and minors held in immigration detention so that the parent or legal guardian can be prosecuted.”  It also recommended that the department “pursue prosecution of all amenable adults who cross our border illegally, including those presenting with a family unit, between ports of entry.”  Thousands of parents and children continue to suffer the consequences of this viciously cruel decree.

While Homan was the one who recommended the policy of family separation, he tried to blame everybody but himself. He claimed that “you’d have to put the blame on the parents” for family separation and echoed Trump’s false talking point that Democrats in Congress were the ones responsible for the

policy. In reality, it was a decision made and put into practice by none other than the Trump administration itself.

Under Homan’s leadership, ICE ramped up its arrests; targeted so-called sanctuary communities; pushed for extending detentions of pregnant women and presided over two dozen deaths in custody; retaliated against immigrant rights activists; arrested unsuspecting people who showed up to U.S. Citizenship and Immigration Services offices for routine interviews; and apprehended people going to court hearings, including survivors of domestic violence.

ICE also showed a pattern of dishonesty under his leadership, systematically ignoring clear violations of basic detention standards at their brutal detention facilities and even going so far as to mislead a judge in one case in order to accelerate efforts to detain and deport Iraqi-Americans.

Homan defended ICE’s growing number of arrests of people without criminal records by insisting that all immigrants without immigration status ”[s]hould be uncomfortable. You should look over your shoulder and you need to be worried,” he said. Public officials who adopt so-called sanctuary policies to advance their communities’ public safety, Homan said, should be arrested.

Since leaving ICE, Homan joined the Fox News Channel as a contributor, where he has continued to push anti-immigrant messages to a broader public and the network’s number one fan in the White House. On Fox, Homan doubled down on his rhetoric, boasting that “there should be fear in the immigrant community,” and urging the president to close the U.S.-Mexican border.

While it is still unclear what Homan’s new position entails, his record should disqualify him from any position in the federal government—and particularly one that will once again put him in a position to subject children and families to unconscionable treatment.  Congress must continue to use its oversight power to hold Homan accountable for anti-immigrant abuse.

Brian Tashman is a Political Researcher and Strategist for the ACLU