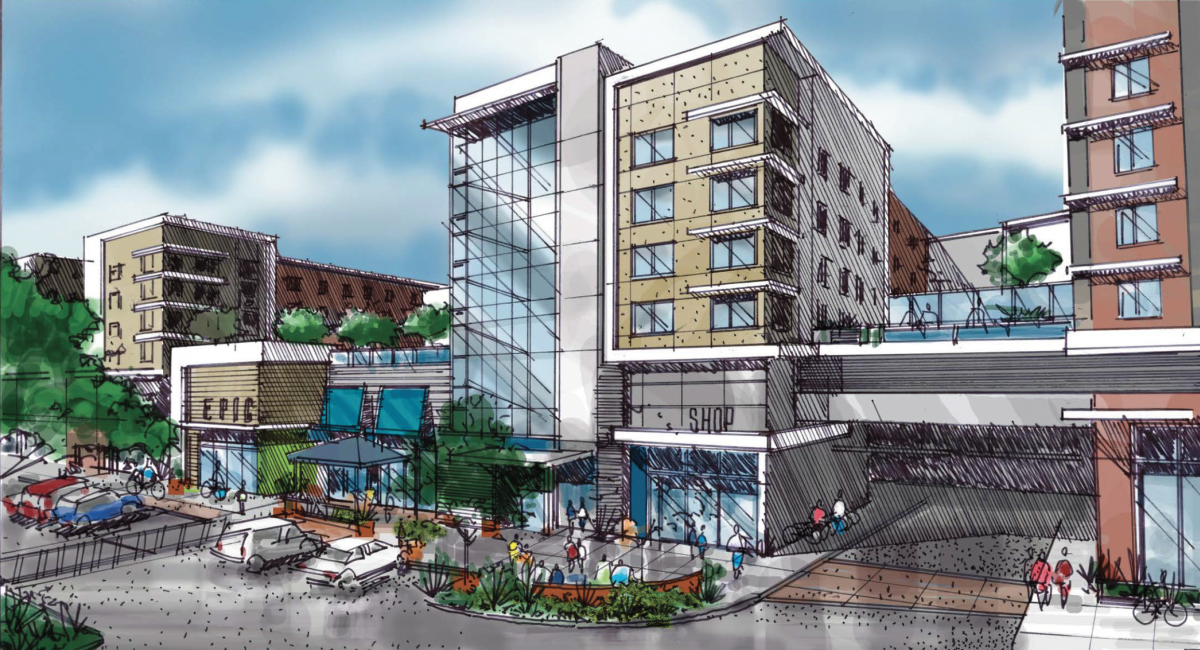 The city council has approved a number of projects in recent years.  Recently Lincoln40 was given a green light to go forward by a court, but the city will have decisions to make on Trackside – whether to bring it back to council or appeal an adverse court ruling.

In the meantime, Sterling Apartments is under construction, and Davis Live Student Housing and Chiles Road Apartments have been approved.

The Vanguard recently had an article on Paul’s Place, which could include the demolition of a current house at 1111 H Street and the building of a four-story structure that could accommodate micro-homes for people currently homeless.

The Vanguard also ran a series of articles on the Aggie Research Campus.  Assistant City Manager Ashley Feeney, the Community Development Director, told the Vanguard that the city has no additional material from the developer outside of the letter to recommence the project that had previously been paused.

Back in October, Plaza 2555 came before the city council.  The council at that time said they were unsure of the final form of Plaza 2555, but the councilmembers were convinced that the site should be residential rather than commercial, as currently zoned.

Councilmember Will Arnold defended the idea that the site should be changed to residential.  He said that he was in favor of converting the site to residential, stating, “We are still very far behind in

providing adequate rental housing for our citizens.”  He said, “I find it somewhat interesting that folks that were opponents of these other projects that we’ve passed have said, well these projects passed we don’t need anything anymore.  When  they were fighting tooth and nail against those projects and at least three or four of them are still under lawsuits, so who knows what we’re going to get.”

According to the city, the project is somewhat in flux.

Ashley Feeney told the Vanguard that “the applicant has not withdrawn their application and said they would be reaching out for a meeting to discuss in the near future.”

In October 2018, the Vanguard reported that the U-Mall Redevelopment Plan would head to an EIR scoping meeting – which occurred in November.

This is a major project and one of the reported impacts has been the imminent closure of the iconic restaurant and sports bar, the Davis Graduate.

The site currently is an 8.25 acre parcel with 103,696 square feet of commercial uses, including retail and restaurants.  Tenants include Trader Joe’s market, Forever 21, Cost Plus World Market, The Davis Graduate restaurant and sports bar, and smaller shops and services. Professional offices are located on a partial second floor.

The redevelopment project will involve the “demolition of approximately 90,653 square feet of the existing mall to create a mixed-use development.”  The project would result in 264 multi-family residential units and 136,800 square feet of new retail uses.

“The addition of 136,800 square feet of retail uses would accommodate shops, restaurants and other uses,” they write in their proposal. “The proposed improvements and uses would revitalize the center and expand shopping and dining options for local residents. At buildout, the project would include approximately 808,500 square feet.

Sherri Metzker said the CEQA process is not close enough for an estimated release schedule, but she believes later summer or early fall.

The same is true for the University Research Park Mixed Use project.

“The CEQA document is being prepared for this project,” Mr. Feeney told the Vanguard.

The proposal is on an open parcel along Research Park Drive across the street from the Holiday Inn.  In addition to the apartments, the site will contain 214 parking spaces and 216 bike parking spaces – 148 long-term spaces within the buildings and 68 short-term spaces scattered throughout the site.  There will also be 40,000 square feet of open space within the project.

The goal of that project is to provide workforce housing, particularly for employees of the businesses in the research park.

It appears, at least with the two latter projects, we can expect a Draft EIR by the late summer and early fall.  Meanwhile, the ARC will likely also have a progressive schedule, with their EIR already certified.

14 thoughts on “Where Do Recent Development Projects Stand?”