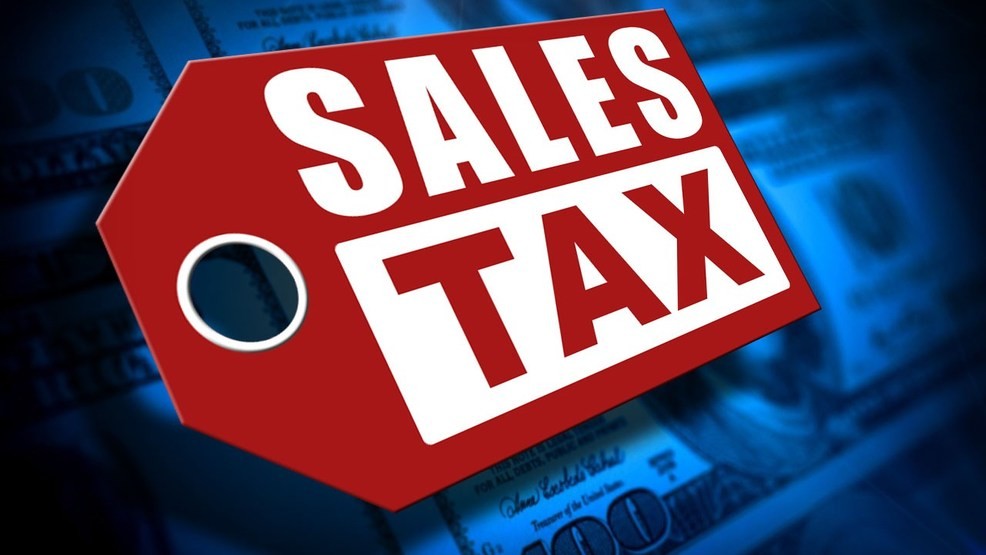 When the city released their survey results, it showed a number of interesting findings, but the one that is unequivocal is that the city is well positioned to get an affirmative vote on renewal of the sales tax when it comes on the ballot for March.

On Tuesday the results of a new resident survey conducted by EMC Research were released, showing support for the renewal of a one percent sales tax that expires in 2020. The survey revealed that 77 percent of likely voters would approve renewal of the tax, with that percentage increasing to 81 percent after hearing support statements and only dropping to 71 percent after hearing opposing statements.

The sales tax provides approximately $8,700,000 annually and is subject to an annual review, with all funds staying local and continuing existing funding for city services such as police, fire, recreation programs, city roads, sidewalks, bike path maintenance and other city services.

The survey respondents cited the need to maintain city services (18 percent) at their current level and safety concerns (15 percent) as the top reasons to renew the tax.

Maintaining city roads, sidewalks and bike paths was the most important specific priority among those surveyed (89 percent), with maintaining fire and police response times (86 percent) and maintaining local parks (87 percent) also among the top priorities.

City Manager Mike Webb responded, “The loss of that tax revenue… one hundred percent of our one cent tax stays local, it doesn’t get shared with the state or elsewhere.  Roughly $8.6 million of our roughly $66 million general fund.  Suffice it to say that loss of that revenue would be fairly catastrophic.”

He added, “I have little doubt that it would have a significant effect on every department.”

Dan Carson said, “Clearly, some education needs to be done.”  He suggested, “Scare tactics are not the answer.”

The question was asked about a concurrent election with the school district.  They suggested that the school district should be more concerned about that than the city – first of all the city has a far greater margin, whereas the school district is going to have to gain about five points.  Second, from their experience, having more than one measure on the ballot of this sort is not catastrophic anyway. 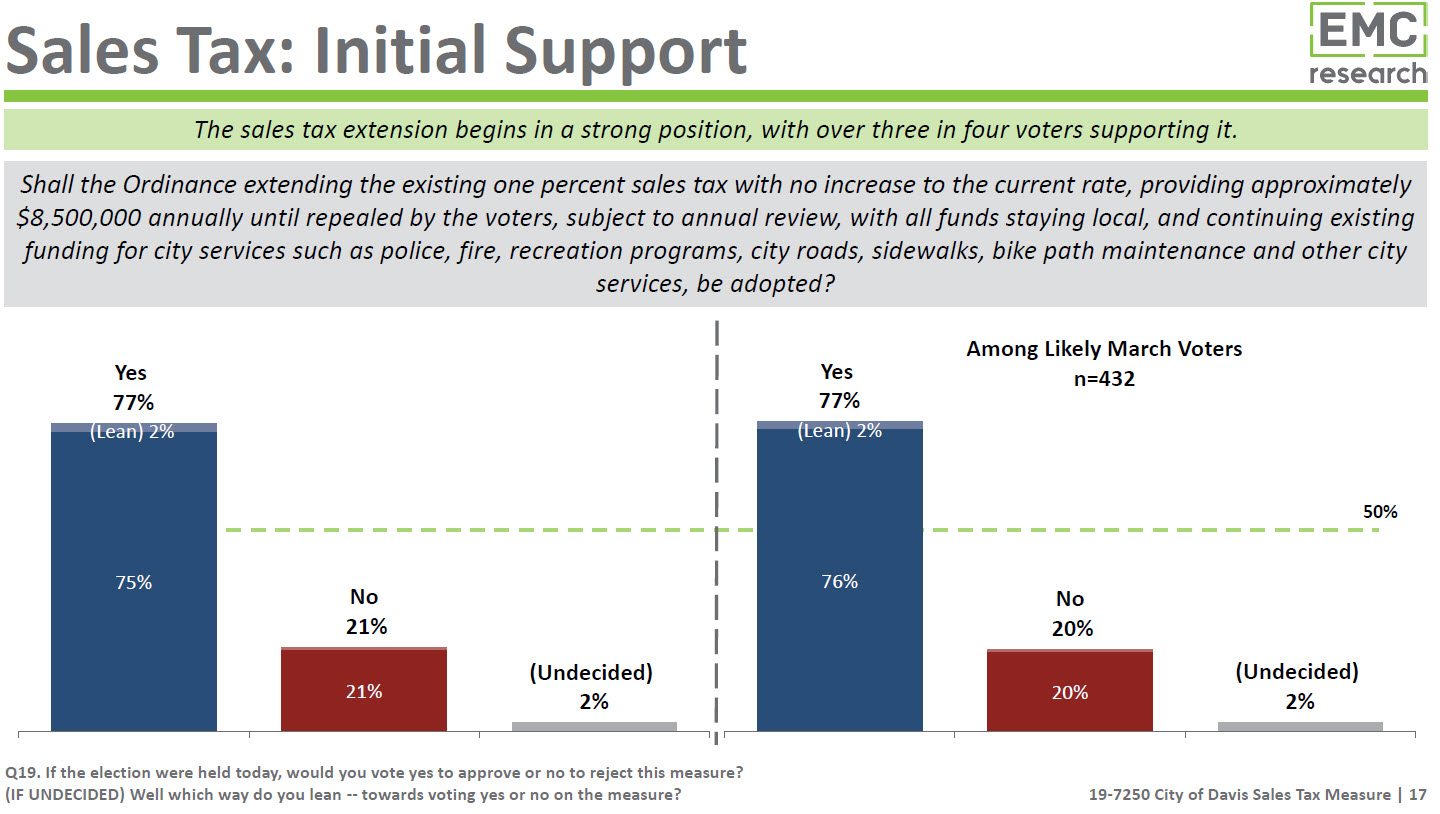 However, from the city’s perspective, they have to have this on the ballot for March.  State law requires general elections which are by majority rather than super-majority to be on the ballot during the general city council election.

The city attorney explained that “you can schedule a general tax at any general city election.  For the city of Davis those are March (or June) every other year.”

“That’s legally really the only option that the city has,” Mike Webb explained, “to pursue it on a March ballot.  It’s not an option unless it were to turn into a special tax for a special election in November.”

A representative from the city attorney’s office explained, “If the measure does not pass in March, the city could, by unanimous vote, declare a fiscal emergency and schedule it to be reviewed again by the voters.”

But overall it is not likely that this would become an issue.  Right now the numbers are overwhelming.

The general polling finds strong initial support for the tax measure up to 77 percent, with leaners included.  That number increases to 81 percent after a positive campaign and down to a still robust 71 percent after being exposed to probable campaign attacks.

Moreover, the overall trend in the city is positive, with 54 percent believing the city is headed in the right direction versus 24 percent in the wrong direction.

Comparing the city to other comparable cities, the consultant indicated, “We’re seeing a higher level of optimism here than in other places.”

In terms of the satisfaction ratings, she added that “based on my experience, these numbers are extremely positive.”

Areas of caution are evident once we get outside of the immediate sales tax numbers.  Thirty-seven percent of the voters were not able to answer a question on the council’s management of city finances, while 36 percent could not rate the performance of the city council.

Overall however, 78 percent think the city is doing a good job providing city services, but that number is down from 94 percent in 2007 and, moreover, the number of voters saying they are very satisfied has fallen from 46 percent in 2007 to 24 percent in 2019.

Finally, the question: “Taxes in Davis are already high enough, I’ll vote against any new tax measure” produces the same result as with the school district (same polling firm did the survey).  They found 55 percent disagree with that statement, but 37 percent agree.

That number is significant because it falls below the two-thirds threshold yet again.  It won’t impact the sales tax, as that is a majority vote tax and, more importantly, it is a renewal rather than a new tax measure.