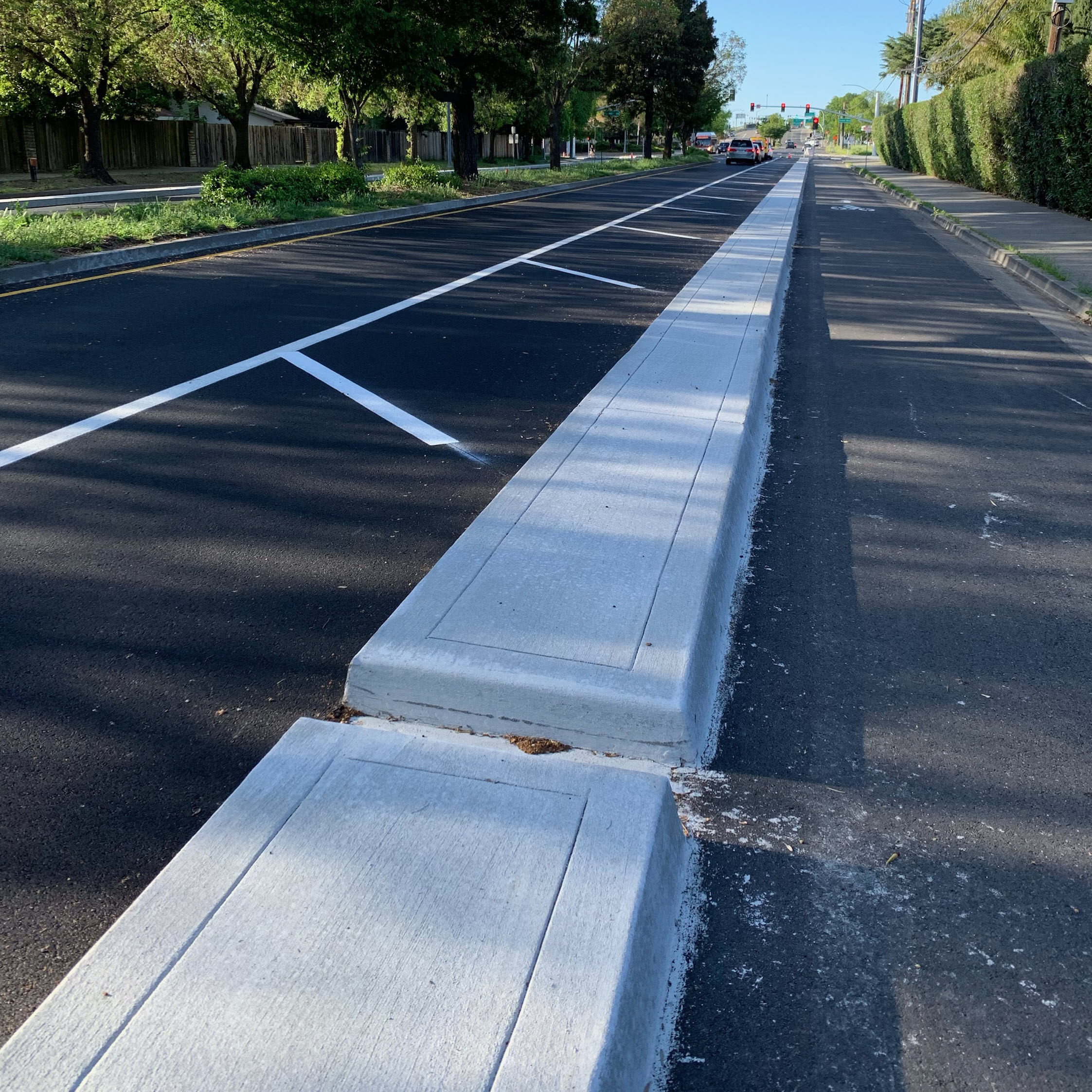 Most of Alan Pryor’s guest commentary deals with the current conditions on Mace and the need to study traffic prior to making changes on Mace – but he also points to the 800-pound gorilla as being the proposed Aggie Research Campus.

In a letter to the Bicycling, Transportation, and Street Safety Commission he writes, “there seems to be a key component missing from this process and that is having an updated traffic study of the entire corridor done so real traffic numbers are modeled and evaluated when considering future changes.”

He adds, “the 800-lb gorilla in the room that is not being considered is the traffic impacts on Mace Blvd. of any new Aggie Research Campus (ARC). The EIR for that project (done when it was still called the Mace Ranch Innovation Center – MRIC) was certified about 3 years ago but it was similarly based on much older traffic counts circa 2011.”

In his conclusion, Mr. Pryor notes, the previously certified EIR “indicated that “Mace Boulevard carries approximately 17,500 vehicles per day according to the traffic counts collected by the City of Davis in April 2011.””

He notes: “The EIR also projected that the commercial-only (no housing) option “would generate about 2,600 AM peak hour trips, 2,390 PM peak hour trips, and 17,100 daily trips before considering external trips made by non-auto travel modes.” or about doubling the 2011 traffic counts which, by now, are very substantially understated.”

“Clearly adding 17,000 trips per day to the already congested Mace Blvd. corridor could potentially result in gridlock through the entire Mace Blvd. – I-80 corridor,” he writes.  “The estimates of increased traffic on Mace Blvd. as a result of ARC underscores the need for a thorough and complete traffic study before any short-term fixes are made to Mace Blvd south of Chiles Rd.”

There is a lot to unpack here since there are multiple points that Mr. Pryor is making.

The first point I would make is that I don’t believe anyone at the city or around Mace wants to wait the six months or so it would take for a full traffic study.  And really they don’t need to.  I agree with Mr. Pryor that the numbers from 2011 are dated at this point, but I believe they could accomplish most of what he wants by getting updated traffic counts rather than doing a “thorough and complete

Back in April, when the Vanguard spoke with Police Chief Darren Pytel, whose officers had do some basic traffic flow counts, the biggest problem was finding a way to separate local traffic that wanted to access local streets from traffic that was headed through the corridor to get back onto I-80.

This was very apparent yesterday as I drove through around 5:30 pm (a Thursday).  There was a long line of traffic in the right lane that backed up from the freeway, through the Chiles-Mace intersection and back to the Mace-Cowell Intersection.  Finding a way to queue that traffic so that it doesn’t them back up further and box in vehicles wanted to head northbound on Mace is critical.

I don’t think you need a full traffic study to observe those patterns and figure out a way to way bypass the problem.

Bottom line: I think for the Mace Blvd. situation, the city doesn’t want to wait for a full study, they don’t have funding for it, and they have studied the problem enough that they shouldn’t need it.

That gets us to ARC.  Clearly, traffic was going to be a big issue regarding ARC. While ARC is unlikely to impact the most congested portion of Mace, south of Chiles, unlike the apartment situation we analyzed earlier this week, ARC would be a big traffic impact potentially.

There are several important points here.  First is that when the EIR was performed, CEQA required mitigations for impacts on LOS (Level of Service).   That is no longer the case, the implementation now of SB 743 requires that traffic analysis should be based on VMT (vehicle miles traveled) rather than LOS.

SB 743 called “for the guidelines to be revised to no longer consider automobile delay a significant impact on the environment.”

Does that mean that traffic won’t be a critical component of any Measure R campaign?  Of course.  It simply changes the requirements with respect to CEQA.

Again, I think that getting an accurate traffic count would be helpful.  In 2011, Mace carried about 17,500 vehicles per day through the corridor.  Clearly, conditions have changed in the last eight years, and we need to know what those conditions are.

It seems like getting an accurate traffic count could be tricky – the traffic seems so variable that if you pick the wrong days or outliers you could substantially either overstate or understate the overall traffic.

It is also worth pointing out that the projected impact of Mace was based on the project that was commercial-only.  Fortunately, the EIR studied for the Mixed-Use alternative which is the project that is proposed to go forward.

The alternative then “would involve lower volumes of traffic and less of a delay than the proposed project.”

It is also important to understand that the buildout of the ARC – unlike that of a housing development – is not going to be felt in the next five years.  Instead, it would take place potentially over a 20- to 50-year period.

In his article, he notes, “Any changes in traffic flow in I-80 that may alleviate the congestion problem on Mace are at least a decade ahead of us.”

He hazards a guess: “I’d venture to say that any work to add additional lanes to the Causeway will be at least 10-15 years in the future.”

If true, that could mean that just as ARC is about to reach its full build out, there would be a fix in place to alleviate problems on the corridor.

We also have yet to see the project’s transportation plan.  One of the factors that caused Nishi circa 2016 to fail at the polls (narrowly) was the perception of traffic impacts on Richards – even though the developers pledged $10 million as a way to mitigate some of those impacts.

What we know right now is that Mace was congested in 2011, and is more so now.  We know that ARC would add significant amounts of traffic at build out (again perhaps 20 to 50 years down the line) but less impacts than the commercial only project.

What we do not know is what the transportation plan will be for Mace, how they propose to reduce the traffic impacts, and we do not know the current traffic counts.

Clearly, this is a major issue facing this project that will need to be addressed when it comes time to put this before the council and ultimately the voters.

57 thoughts on “Commentary: Do We Need an Additional Traffic Study on Mace?”