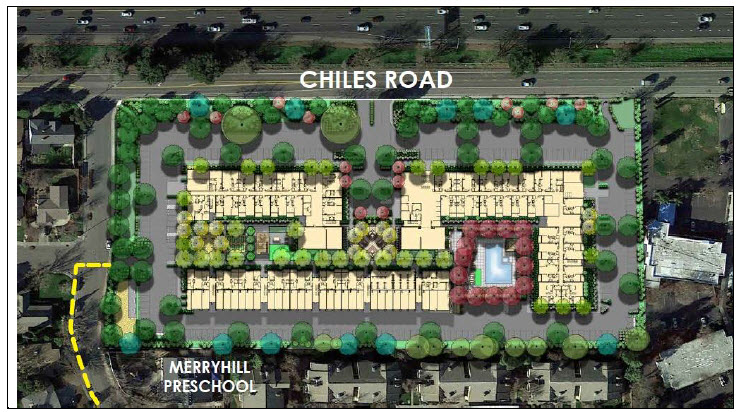 There was a letter in the local paper worried about the impact of the new Chiles Road Apartments project on the Mace Boulevard congestion.

The writer notes: “So the city recently heard from 150 folks about the Mace/I-80 onramp/Cowell traffic problems, which they, in part, exacerbated through ‘road enhancements.’”

The writer continues: “Well, they haven’t yet thought about the additional impacts to that situation by having already converted 7 acres of General Plan-designated general commercial property to residential apartments on Chiles Road. This change will potentially dump 300 more vehicles into the Mace Boulevard mix.”

That sounds like a huge problem.  But there are several problems with that statement – most notably, it is not like all 300 vehicles, if there are 300 vehicles, will come onto Mace Blvd. at the same time.

But the core premise is completely wrong.  They have thought about the additional impacts because they are required to do an Environmental Impact Report and they put out a traffic analysis dated May 1, 2018.

Needless to say, while there are and continue to be concerns about traffic impacts on Mace, the new apartments are hardly going to be one of them. 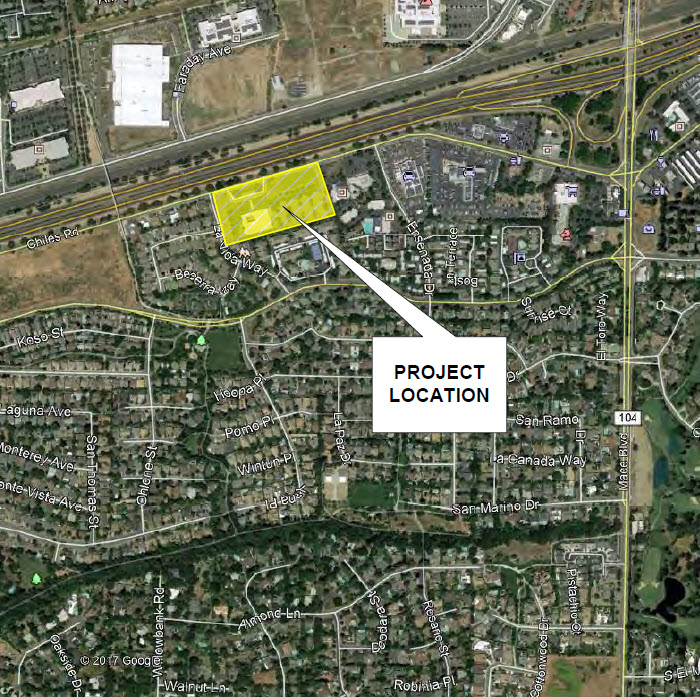 While the map only shows the west side of Mace, this puts the project size into perspective with the overall area.

The summary of the traffic impact analysis tells us the rest of the story: “The project consists of a 222-unit apartment complex. Access to the site will be along Chiles Road. The project is expected to generate approximately 1,323 new daily trips. 102 new trips are projected during the a.m. peak hour and 120 new trips will be generated in the p.m. peak hour.”

Is this going to produce a huge impact?  Not really.  If you think about it, while 102-120 new trips generated during peak hours sounds like a lot, you are really talking about an average of one to two trips per minute.

Why wouldn’t there be a problem at the problematic Mace/Chiles intersection?  The first thing is that the traffic congestion on Mace occurs on northbound Mace south of that intersection.  The new residents would not even drive there most of the time.

Coming back, they would simply make the free right turn onto Chiles, at a point in the road that is unimpacted.

In short, regardless of the volume of traffic generated by the project, which is again fairly small, the impact is going to be small because they don’t at all impact the problematic portions of that roadway during the times of congestion.

Finally the letter writer adds: “As with other commercial/light industrial-zoned property conversions to residential uses in the city, this deviation from the General Plan, thought to be a clever way to deal with unmitigated UC Davis-created student population housing impacts in the city, will have unintended consequences for South Davis residents indefinitely.”

First of all, the UC Davis-created student population has been mitigated by the MOU.  Second, this has nothing to do with that scenario (other than perhaps as an indirect spillover effect) because it is not designed to be student housing.

Bottom line, a quick analysis shows the letter to be largely unfounded.  The city did their duty by studying the traffic impact.  A cursory look at the impact report combined with knowledge of existing conditions is sufficient to eliminate the possibility that this is going to impact Mace Boulevard’s traffic congestion.

12 thoughts on “Commentary: New Housing Project Is Unlikely to Be a Major Impact on Mace”