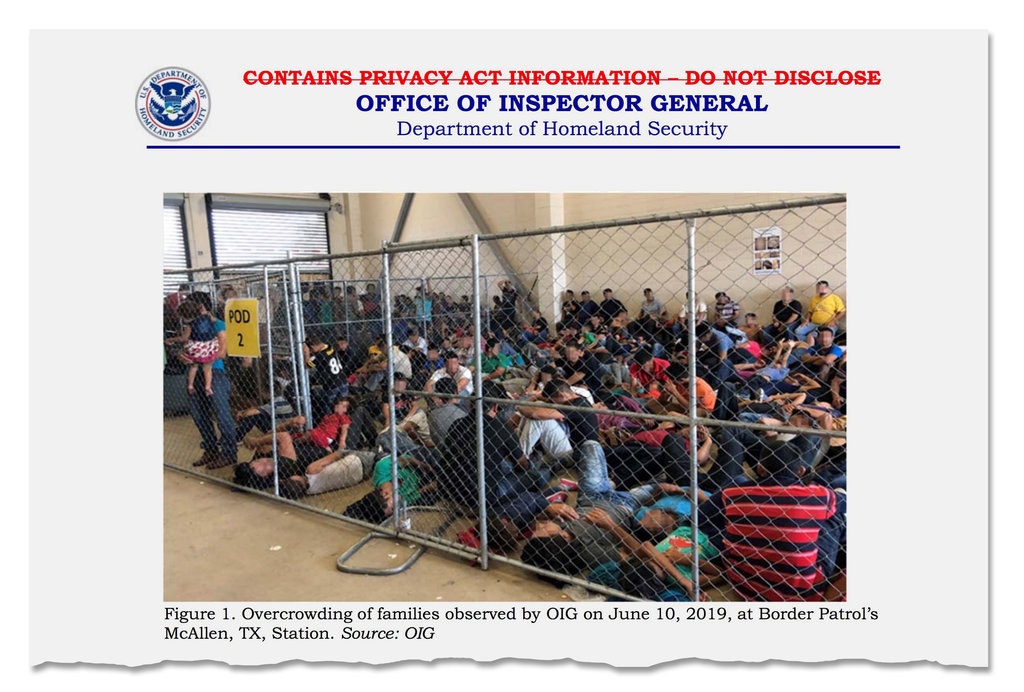 On Tuesday, roughly 300 people in Davis protested immigration policies outside of Congressman Garamendi’s office.  There is a good deal of dispute over the conditions at the detention centers, but in a report Tuesday from the Department of Homeland Security’s independent watchdog, it describes “standing-room-only cells, children without showers and hot meals, and detainees clamoring desperately for release.”

The NY York Times reports, “The findings by the Department of Homeland Security’s Office of Inspector General were released as House Democrats detailed their own findings at migrant holding centers and pressed the agency to answer for the mistreatment not only of migrants but also of their own colleagues, who have been threatened on social media.”

Some have accused Democrats and others of misinformation.

Apparently one of the purveyors of misinformation is the Office of Inspector General report, the Department of Homeland Security’s independent watchdog.

What they described was: “Overcrowded, squalid conditions are more widespread at migrant centers along the southern border than initially revealed.”

The conditions are horrific as inspectors visited five facilities in the Rio Grande Valley in Texas.  The report described children lacking in spare clothing with no laundry facilities.  They were given

wet wipes to clean themselves and only bologna sandwiches to eat.

The acting inspector general writes: “DHS Needs to Address Dangerous Overcrowding and Prolonged Detention of Children and Adults in the Rio Grande Valley.”

The report reads that “one called the situation ‘a ticking time bomb.’ Moreover, we ended our site visit at one Border Patrol facility early because our presence was agitating an already difficult situation. Specifically, when detainees observed us, they banged on the cell windows, shouted, pressed notes to the window with their time in custody, and gestured to evidence of their time in custody.”

The report continued: “In these overcrowded conditions, CBP [Customs and Border Protection] was unable to meet TEDS [Transport, Escort, Detention and Search] standards.

They write: “During our visits to five Border Patrol facilities in the Rio Grande Valley, we observed serious overcrowding of UACs [Unaccompanied Alien Children] and families, populations defined as ‘at-risk’ in TEDS standards.”

They found that a large percentage of children “at these facilities had been held longer than the 72 hours generally permitted under the TEDS standards and the Flores Agreement.”

They found that children at three of the five facilities had “no access to showers” despite “the TEDS standards requiring that ‘reasonable efforts’ be made to provide showers to children approaching 48 hours in detention.”

They observed that children at two of the facilities had not had access to hot meals and, “Instead, the children were fed sandwiches and snacks for their meals.”

Detainees resorted to “clogging toilets with Mylar blankets and socks in order to be released from their cells during maintenance.”

At one facility, detainees moved from their cell “during cleaning refused to return to their cell.”  The Border Patrol then “brought in its special operations team to demonstrate it was prepared to use force if necessary.”

As pointed out above, they noted that they ended their site visit early “because our presence was agitating an already difficult situation,” and called the situation “a ticking time bomb.”

The IG concludes that “we remain concerned that DHS is not taking sufficient measures to address prolonged detention in CBP custody among single adults.”

A tweet from Kevin K. McAleenan, the acting secretary at the Department of Homeland Security notes, “Reporting this week highlighted disturbing & inexcusable social media activity that allegedly includes active Border Patrol personnel. These statements are completely unacceptable, especially if made by those sworn to uphold the @DHSgov mission, our values & standards of conduct.”

He added, “I have directed an immediate investigation, and as the @USBPChief has made clear, any employee found to have compromised the public’s trust in our law enforcement mission will be held accountable. They do not represent the men and women of the Border Patrol or @DHSgov.”

In a statement on Tuesday, Speaker Nancy Pelosi said the “inspector general’s report provides a shocking window into the dangerous and dehumanizing conditions that the Trump administration is inflicting on children and families at the border.

“This report is even more troubling after the discovery of the vile, crude comments made on social media by some of those in C.B.P. responsible for caring for migrant families and children,” she said. “The inhumanity at the border is a challenge to the conscience of America.”

While the IG reports on children without access to hot meals, a group of lawyers this week reported that “children had gone unfed and unwashed” while some Democrats note “they had met migrants who were not given fresh water and were forced to drink from toilets.”

Elijah Cummings, Chair of the House Oversight and Reform Committee, wanted a hearing on the social media allegations.

“There seems to be open contempt for the rule of law and for basic human decency,” Mr. Cummings said. “The committee needs to hear directly from the heads of these agencies as soon as possible in light of the almost daily reports of abuse and defiance.”