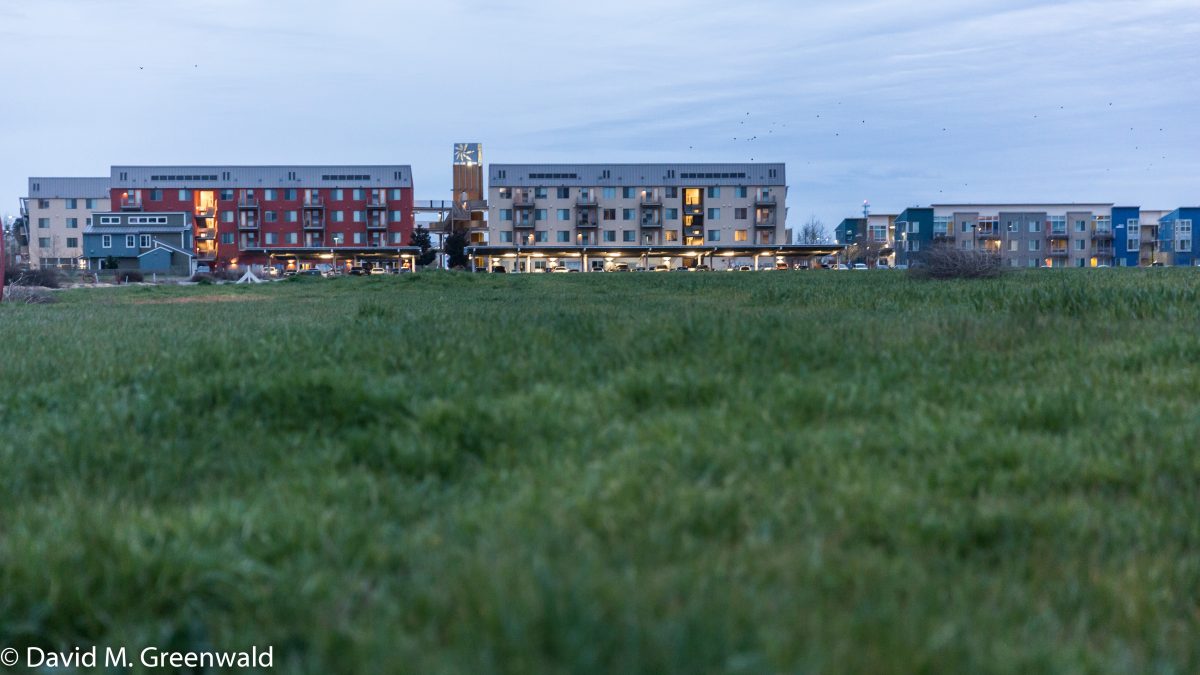 According to a statement from the university issued this week, “The court found that the university’s environmental impact report fully complied with CEQA. AFSCME had made a variety of allegations challenging UC Davis’ comprehensive, three-volume EIR. The court rejected all of AFSCME’s allegations, and our construction of the West Village Expansion student housing project will proceed as scheduled.”

They added, “The decision followed the court’s rejection earlier this year of AFSCME’s request for a temporary restraining order to halt construction. We are committed to addressing the needs of our students, faculty, staff and local community, while meeting the important environmental requirements of California law.”

The petitioners argue that the LRDP action violated CEQA: “Respondent prejudicially abused its discretion and failed to proceed in the manner required by law by certifying an EIR that did not provide adequate analysis of, or identify adequate mitigation measures for, individual and cumulative impacts, including but not limited to impacts on agricultural resources, air quality, biological resources, greenhouse gas emissions, noise, traffic, housing and population, and aesthetics. The EIR also fails to provide a CEQA-compliant project description, alternatives analysis, or statement of overriding considerations.”

They continue: “By relying on the EIR’s flawed analysis of the 2018 LRDP at the programmatic level (Volume 1), and approving the LRDP and certifying the Final EIR, Respondent prejudicially abused its discretion because its decision is not supported by substantial evidence and because it failed to proceed in a manner required by law…”

The city of Davis in October responded to that lawsuit in a press release, noting in their statement that the city is “satisfied that appropriate mitigations are in place to address the UC Davis Long Range

Development Plan. The recent MOU between the City and the University exemplifies our shared commitment to fulfill the immediate and long term housing needs of students.”

“Providing additional and affordable housing for students is of paramount importance. The City stands at the University’s side in our mutual desire to fulfill the needs for student housing,” stated City Manager Mike Webb.

“I am hopeful that the lawsuit will be withdrawn. While I do understand that the UC Regents and AFSCME have their differences, I believe it is important for UC Davis to be able to move forward with their on-campus housing plans. Providing more on-campus housing obviously benefits students, but it also benefits those employees who work at UC Davis,” stated Davis Mayor Brett Lee.

Councilmember Dan Carson said, “It is critical that our community move forward with additional student housing on campus and off campus. I hope the current litigation over the campus growth plans can be resolved quickly in a way that will benefit the city and UC Davis.”

While the lawsuit was not withdrawn, the court allowed the development to proceed.  The university broke ground on February 26 for “The Green” at West Village, a campus apartment project with room for up to 3,300 students.

“I’m thrilled to celebrate with our partners this major step forward in addressing the critical need for affordable student housing,” Chancellor Gary S. May said. “Today’s groundbreaking is part of an ambitious plan to provide access to more housing for our students.”

Work on the site began in December, and the first 1,000 beds are expected to be available for fall 2020. At the time of ground breaking, the university said that the project is the largest student-housing construction project in the United States.

Set on 34 acres, The Green at West Village will be comprised of nine four-story apartment buildings, along with indoor and outdoor community space and recreational fields. A 10,000-square-foot community building will house a fitness center, multipurpose room and student support services. The project has a goal of 100 percent zero net energy use on an annual basis, according to the university.

They noted that the original request was for 1875 beds, but with cutbacks on space for parking, more units would be built, with the estimate now being 2261.

The university added, “The development is part of UC Davis’ new Long Range Development Plan, which projects the university will add 9,050 student beds and house 100 percent of any growth in student enrollment on campus.”

Share:
Tags:CEQADan CarsonGary MayStudent HousingUC DavisWest Village
Previous : 14 New Startups Emerge From UC Davis Innovations
Next : My View: Addressing Housing, Jobs and Traffic is the Next Challenge For the City