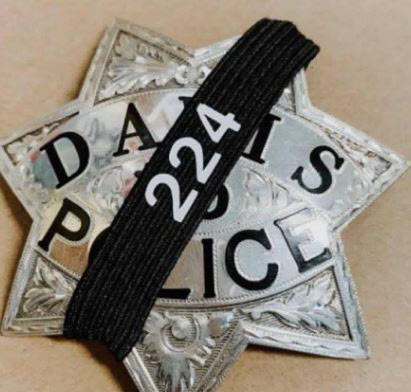 (From Press Release) – Today, Assembly Concurrent Resolution 66, authored by Assemblymember Cecilia Aguiar-Curry (D-Winters), cleared its final hurdle in the California State Legislature. The bill passed through both the Assembly and the Senate with overwhelming, bipartisan support.

ACR 66 officially designates an approximately five-mile stretch of Interstate 5 from Greenbay Road to Salt Creek Drive in Colusa County as the “Officer Natalie Corona Memorial Highway,” in honor of fallen Davis Police Department Officer Natalie Corona. This stretch of the highway was selected because it passes through Arbuckle, Officer Corona’s hometown.

“I am thankful that the California State Legislature recognizes the importance of honoring Officer Natalie Corona’s life,” said Aguiar-Curry. “Her tragic death reminds us all of the work we need to do to prevent such senseless tragedies. Our community continues to mourn, but it is my hope that ACR 66 will memorialize Officer Natalie Corona’s beautiful life and her commitment to service in the community.”

Officer Natalie Corona was just 22 years old when she was shot and killed on the evening of January 10th, 2019, while performing her duties as a rookie Davis Police Officer. She is survived by her parents, Merced and Lupe, and her three sisters Jackie, Cathy, and Cindy. Exemplifying the true character of the brave individuals who devote their time and energy to the perilous duties of law enforcement, Officer Natalie Corona was renowned among her fellow officers for loving, honoring, and being dedicated to her family, the uniform, and the law enforcement community, all of which were indelible and inseparable in her life.

“Officer Corona was respected and beloved by the Davis and Arbuckle communities. She was described as a rising star within the Davis Police Department, and was known to go out of her way to help those in need,” said Aguiar-Curry. “Every person I’ve spoken with following her tragic death says Natalie was meant for great things. One of her colleagues told me ‘this rookie would have been the chief someday.’ This bill is just one small way to help keep her memory alive.”

The stretch of Interstate 5 will be officially designated the “Officer Natalie Corona Memorial Highway” and signs distinguishing the road will be constructed along the roadway.

Aguiar-Curry represents the 4th Assembly District, which includes all of Lake and Napa Counties, parts of Colusa, Solano and Sonoma Counties, and all of Yolo County except West Sacramento.

Share:
Tags:Assemblymember Cecilia Aguiar-CurryNatalie Corona
Previous : Commentary: Housing’s Impact on the Economy
Next : Why I Ride: A Conversation With Clark Fitzgerald