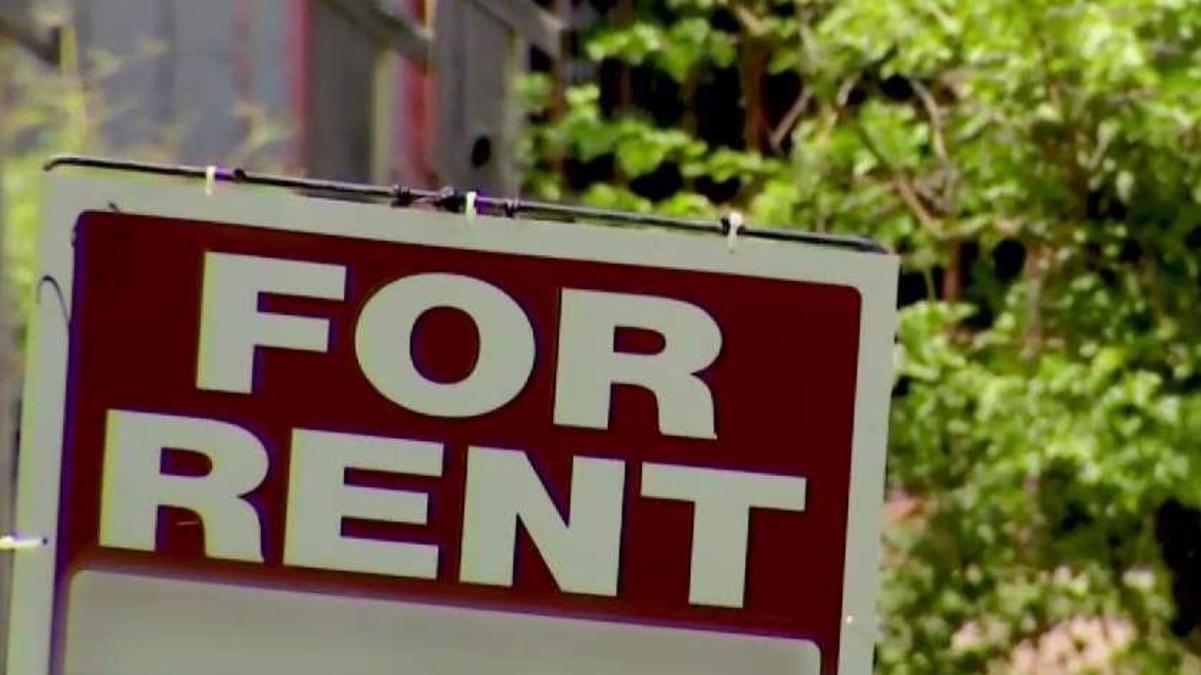 A new report by the National Low Income Housing Coalition finds that the Fair Market Rent (FMR) for a two-bedroom apartment is $1804 in California.  According to their findings, “In order to afford this level of rent and utilities — without paying more than 30% of income on housing — a household must earn $6,014 monthly or $72,165 annually.”

The report ranked California second in the hourly wages required to be able to afford rent in a two-bedroom home. Hawaii was ranked number one.

“In my district, the Massachusetts 7th, one of the most diverse and unequal districts in our nation, we are distinctly aware of the interconnectedness between housing and economic opportunity,” Congresswoman Ayanna Pressley of Massachusetts explained in the report.  “The lack of affordable housing is perhaps the greatest challenge to successfully ending homelessness and lifting millions of  people out of poverty.”

“Much has changed in the past 30 years. New data sources and the internet have fundamentally changed how people access and disseminate housing data,” said NLIHC President and CEO Diane Yentel.  “What has not changed is that the U.S. has a deep and pervasive housing crisis affecting millions of renters and a pressing need to educate and

mobilize people to end it.

“Our rental housing needs have worsened considerably over the past 30 years,” she said.  Back in the late 1980s, housing assistance reached only 1 in 3 eligible households.  She said, “Today, housing assistance reaches fewer than 1 in 4. The private market has lost more than 2.5 million low-cost rental units since 1990, and rent increases have significantly outpaced income growth and price increases for necessities like food and transportation. Wage inequality has worsened between black and white workers at all wage levels, exacerbating the racial housing inequities that have long plagued the nation. Affordable rental housing for low-income people is significantly further out of reach now than in 1989, despite a massive increase in wealth for higher-income households.”

The result of this is that an average renter must work 52 hours per week to afford a modest two-bedroom apartment of his or her own.  The report notes that is a task that “is even more difficult for a single parent of a young child or a person with a disability.”

Here are some figures for California… 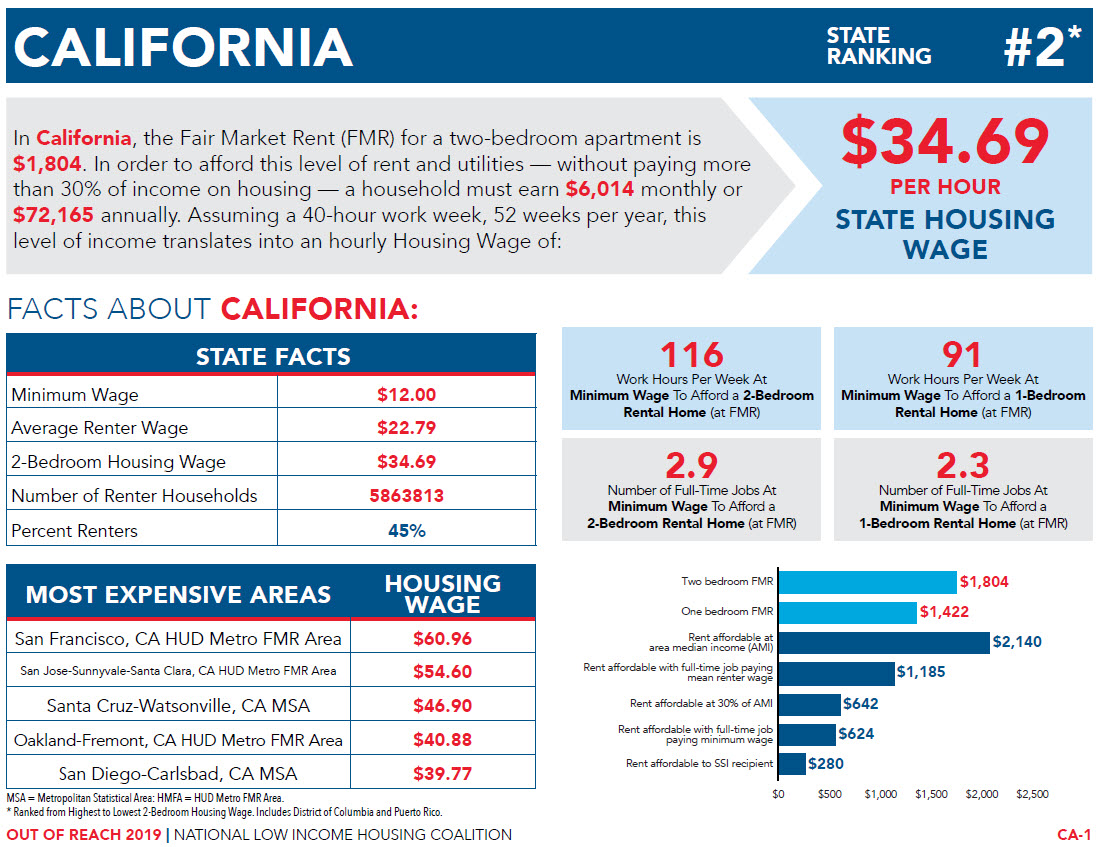 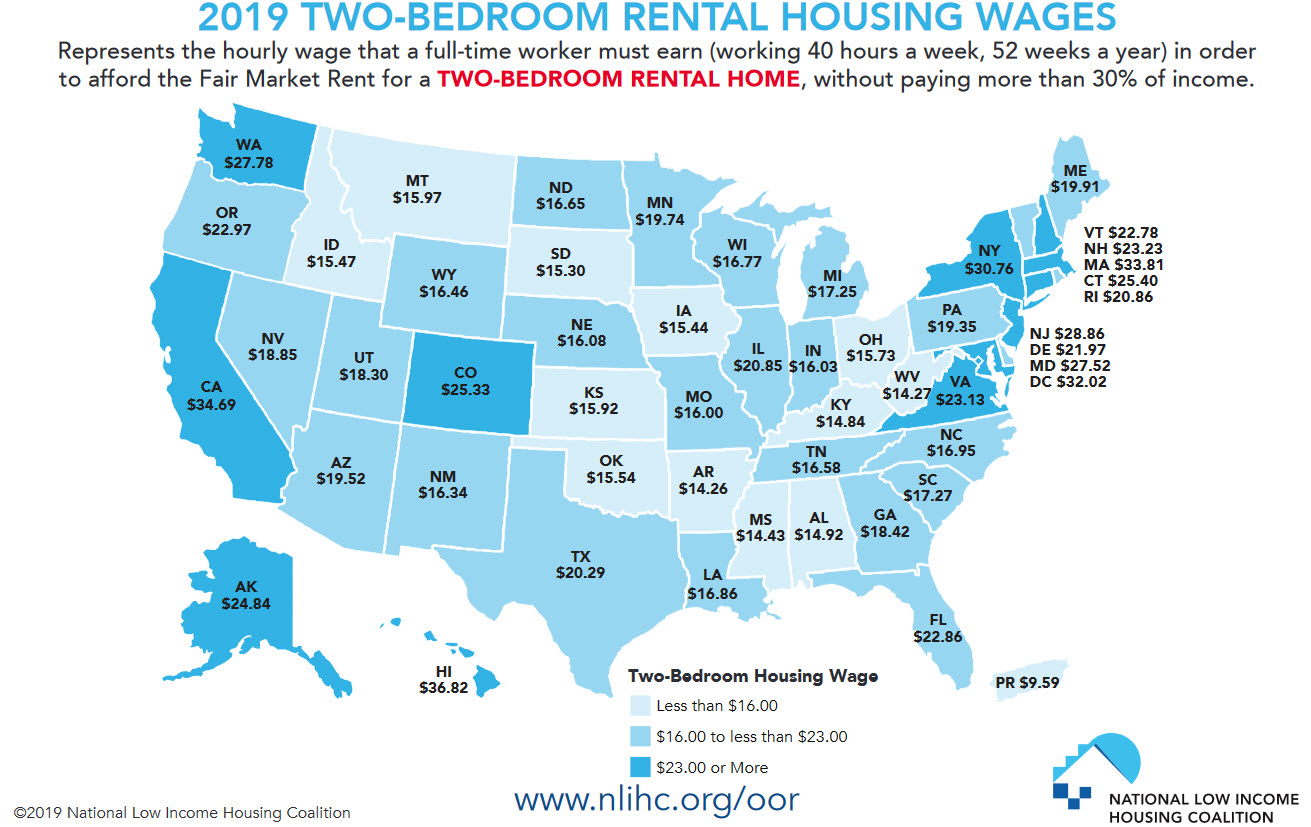 On the other hand, Marin County required the highest income in California, according to the study, where residents would have to make $60.96 an hour to afford a two-bedroom home. A person who makes minimum wage would have to work at least five full-time jobs to afford it.

Modoc County required the lowest income, according to the study, where residents would have to make $13.46 an hour. A person renting there would have to work 44 hours a week for the rent to be 30 percent of their income.