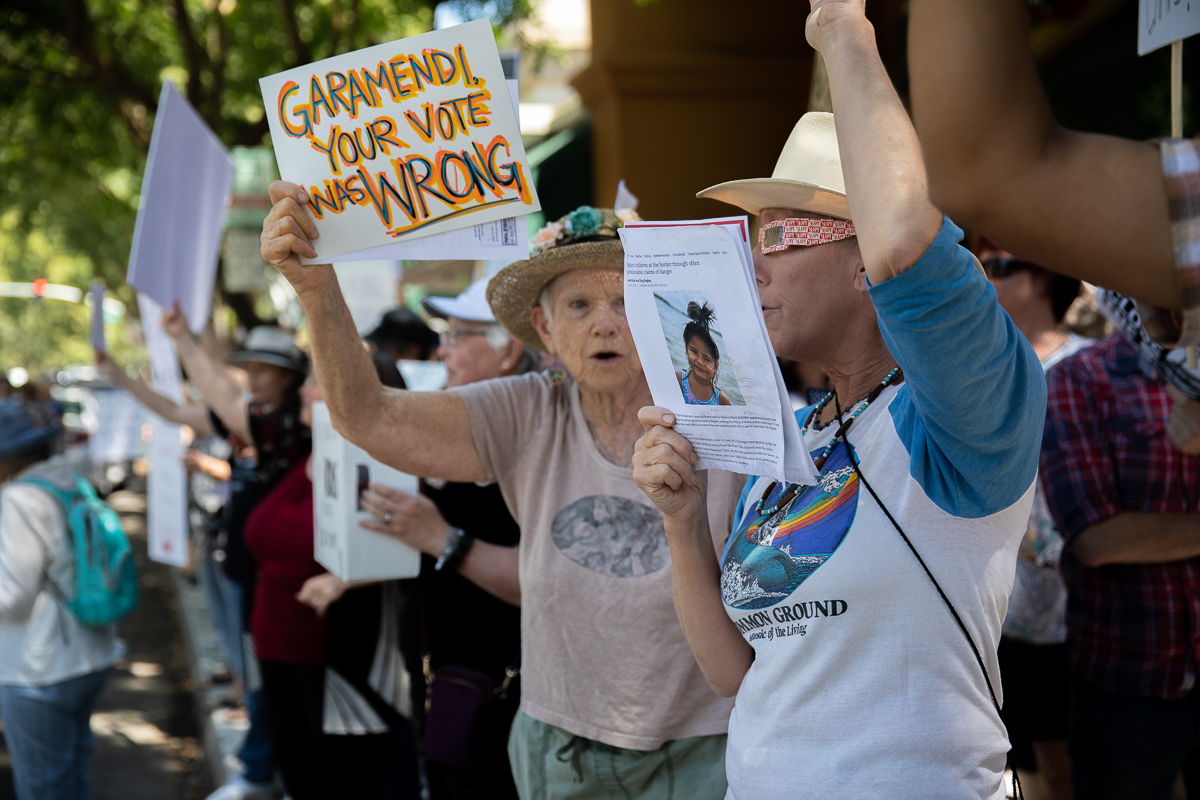 There are a lot of different aspects to the current immigration issue in this county. For a long time the immigration issue has boiled largely on one side of the spectrum. And while we can look at polling all day long, most people only look at the column of support/opposition. They don’t look at perhaps the most important component – salience.

That’s why the left, whether it’s abortion, gun control or immigration, ultimately loses when these issues arise.

Every poll pretty much shows a strong majority of people do not want a border wall.

This was the case in 2016 as well. But Trump won in part on that issue. How is that possible? It has to do with the issue of salience. To illustrate it, let us look at gun control.

The majority of the public, probably by about a two to one margin, wants reasonable controls on guns. And yet, when Democrats made it into a campaign issue in, say, 2000, they lost. Why? The people supporting gun control are not voting on the issue of control. The people opposing it, are. That creates an imbalance.

There are signs this could be changing. Recent polling shows that more and more people believe that immigration is the most important issue.

Whose hand does that help? That’s a tricky question. On the one hand, it means that a “Trump” issue is now front and center. That is bad for the left. The left wins on issues like health care, not immigration.

On the other hand, we need to look beneath the numbers again.

Salience. Who is moving on the salience issue – it appears to be the left. What the current policy has done is to increase the salience of the immigration issue. In January, 45 percent agreed that the situation on

the border was a crisis – now 74 percent do.

The increase is sharpest on the left, where, in January, just 23 percent of Democrats called it a crisis – now 70 percent do.

Good news for Trump? Not necessarily. The polling also shows that this is not a reflection of agreement with Trump’s policy. What is fascinating is that Trump’s ratings are virtually unchanged – 42 percent approval on immigration now, 41 percent in January.

What this means is that Trump activated the opposition on his border policy without producing a positive outcome for himself.

Enough of the political rules have been thrown out under Trump that I’m not willing to go further than to say this: it appears that Trump has activated his opposition rather than his supporters on the issue of immigration.

But there is one more dynamic at play in the Trump era – we are increasingly a nation where blue America doesn’t matter. Trump won in 2016 primarily because he activated enough voters in battleground states to push him over the top electorally, despite an overall voter shortfall.

We increasingly need to look at America as though there were two different countries. We in Davis live in blue America. Much of the contested country, though, is in red or purple America.

In 2004, President Barack Obama got on the map with his Democratic Convention speech, where he pressed that “there isn’t a red America and a blue America but rather a single United States of America.”

Ironically, Barack Obama probably more than anyone helped to divide the country. That’s not necessarily to blame him for that, but rather to point out that today, as we approach the 2020 Presidential Elections, there is more and more a divided red America and blue America.

I don’t think the left wins on immigration, but the increased salience could wipe out what had been a huge Trump advantage. In that sense, his policy could backfire by activating the left, while the right was already activated.

From that perspective, this was on full display this week. The Vanguard had coverage of the “Close the Camps” events in Sacramento and Davis where organizers believe about 300 people showed up. In San Francisco, hundreds closed down the streets.

There is a clear moral crisis on the border. The stories you hear are heartbreaking. And while the country is divided on immigration policy, we ought to be able to agree on humane treatment of immigrants while they are in our care.

The reality is that it is not the case. We are facing extreme overcrowding of the border facilities. Hunger, sexual assaults, and other atrocities. It is a reminder of the Stanford Prison Project where the researcher Phil Zimbardo, from whom I had the pleasure of taking a class at Stanford back in 2005 where he lectured on Abu Ghraib, learned that under conditions of authority and incarceration, those in power will tend to abuse their charge. We are seeing that today.

On Tuesday in Davis, Emily Henderson said, “What these testimonies tell us is that this problem is not due to a lack of funding. This is not a lack of resources. This is deliberate punitive cruelty. It is a choice of the administration. This is what our Congress voted to finance.”

Rep. Ayanna Pressley (D-MA) visited the camps and delivered a speech denouncing the conditions outside of Clint, Texas.

Her comments: “This is about the preservation of our humanity. And this is about seeing every person there as a member of your own family. I am tired of the health and the safety, the humanity, and the full freedom of black and brown children being negotiated and compromised and moderated.”

She would add: “I learned a long time ago that when change happens it’s either because people see the light or they feel the fire.”

The key question is that, while the left – particularly the far left – is now and finally engaged on this issue, will it make any difference come November 2020? And will it impact the Democratic Primary?

Those are questions we will probably only be able to understand in hindsight. In the meantime, at least right now it feels a lot more like 2017. How that plays out come November 2020 is anyone’s guess.

Share:
Tags:Border WallClose the CampsImmigrant Detention CentersImmigrationPresident Trump
Previous : Sunday Commentary: The Expansion of NIMBYISM into Zoning
Next : Monday Morning Thoughts: Did the Trial Attorney Err in Brian Banks, Having Him Take a Plea?