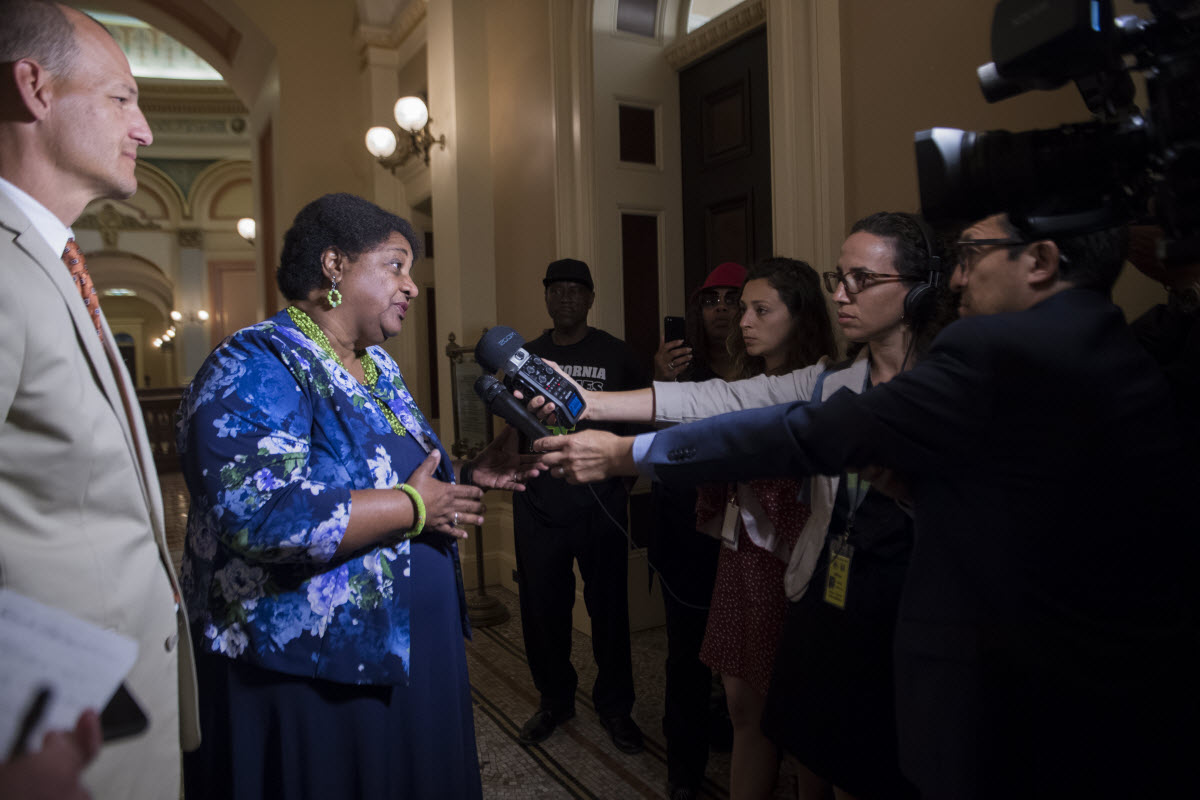 AB 392 passed by Senate on a bipartisan vote

Supporters believe that this marks an important milestone for the families of victims of police violence who have been fighting for change in California’s use-of-force policy.

“I believe that a law like AB 392 could have saved Diante Yarbers’ life. Police officers should always do everything in their power to preserve life,” said Ciara Hamilton, the cousin of Diante Yarber who was gunned down by police last year in Barstow. “I shouldn’t have to fear for my life because police officers mistake my phone for a gun or shoot into a vehicle that I’m in because of the color of my skin.”

AB 392 will require that officers use deadly force only when there is an imminent threat of death or serious bodily injury to themselves or others. The bill also makes clear that officers must use other resources and techniques, whenever safe and feasible, to address threats instead of using deadly force. These changes will be reflected in both law enforcement agency policy and officer training statewide.

“With the vote today, we are closer to a culture of policing in California focused on valuing and preserving human life,” Weber said. “This has been a high hill to climb, but what has lifted me up when I’ve gotten weary is the energy and the devotion of the families who have lost loved ones to these shootings. They are why we have gotten this far.”

“With the legislative passage of AB 392 and the commitment from the Governor, California strengthens the relationships between our communities and law enforcement to make our communities safer,” said

Assemblymember Kevin McCarty. ”With these new standards in place, accompanied with increased training, we will see fewer officer involved shootings and better policing across California.”

“California police officers use deadly force at a rate far higher than the national average,” said Assemblymember Jose Medina (D-Riverside), a coauthor of the bill “AB 392 is an important step to restore trust between law enforcement and communities that have been disproportionately impacted. Raising the standard of police use of lethal force from ‘reasonable’ to ‘necessary’ ensures that the most important goal of policing is to protect human life.”

Under current law, California police officers can use deadly force if it is “reasonable” – regardless of whether deadly force was necessary to prevent imminent death or serious bodily injury, whether there were available alternatives, or whether the officer’s own actions created the circumstances that led to the use of deadly force. AB 392 raises that standard to require that officers only use deadly force when “necessary to defend against an imminent threat of death or serious bodily injury to the officer or to another person.” California would be the only state to combine this “necessary” standard with the requirement that courts consider an officer’s conduct leading up to a use of deadly force when determining whether the officer’s actions were justified.

“I am pleased to see AB 392 pass,” said Marissa Barrera, whose brother Michael Barrera was killed on February 8, 2017 by Woodland police officers outside of Sacramento. “My family and I have been fighting for change for the past two and a half years, since my brother was wrongfully killed. Since then, I have met countless other families that are affected by the loss of their loved ones to police killings. I see this bill as a start to change, which we desperately need.”

“Today, our family applauds the passage of AB 392 through the Senate floor, this is an important step,” said Pamela Fields, whose son was killed November 10, 2013. “My son Donte Jordan should be alive today, but his life was taken by Long Beach PD. I have no choice but to fight for justice every day, can’t stop won’t stop!”