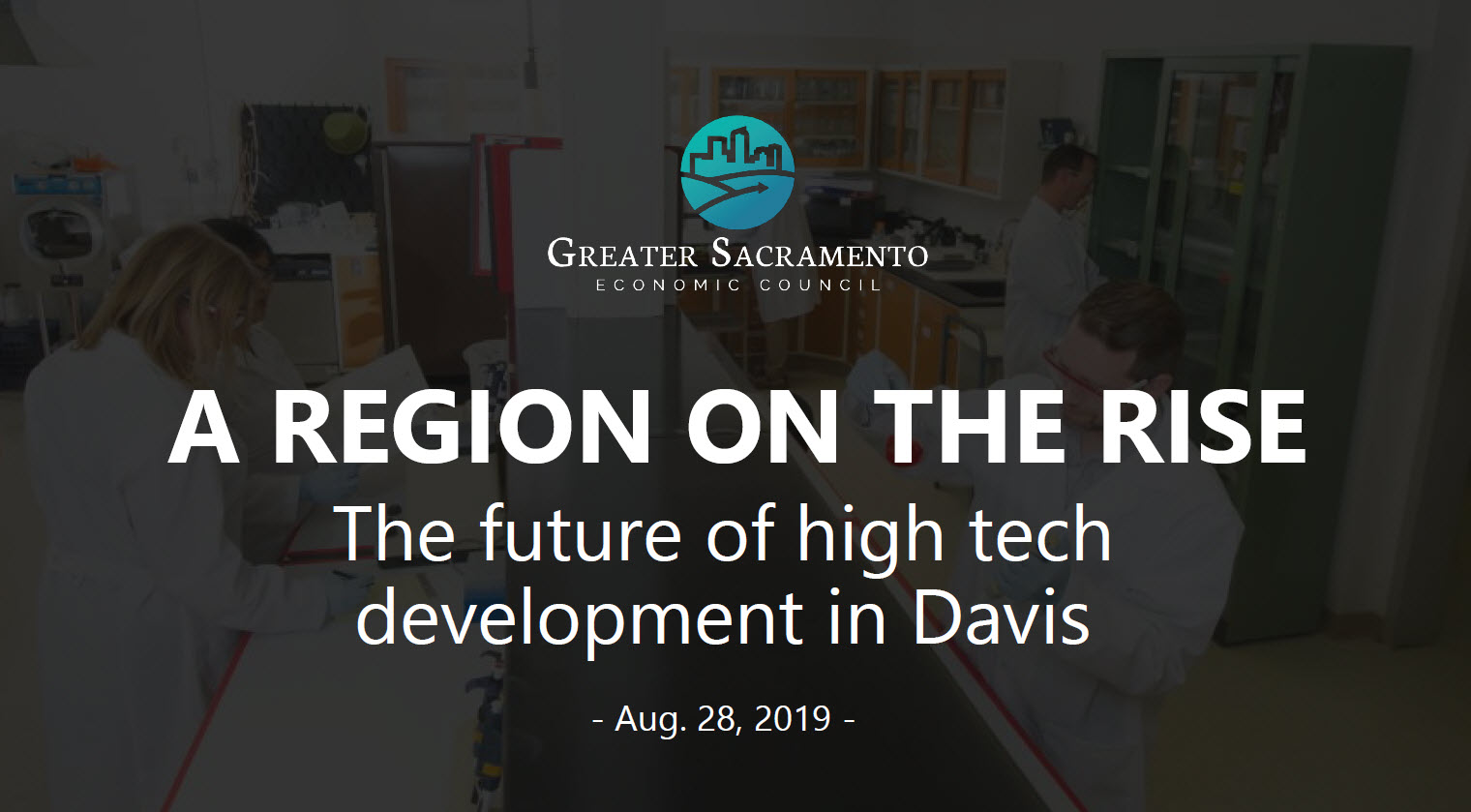 Last night the Vanguard hosted a discussion on Economic Development.  The event featured Danielle Casey, the Executive Vice President of Greater Sacramento – we will have video in the coming days.

But one of the key questions I asked Ms. Casey was: How does the region view Davis from the standpoint of economic development?  What do you hear from commercial entities looking to locate in this region?

Her answer was they aren’t looking at Davis for the most part.  Why?  There is no space available in Davis that they can move into.  And so, while UC Davis is clearly viewed as untapped potential, Davis is not looked at as a destination for most companies.

Here are a couple of slides from her presentation that stand out about Davis.

The first is demographic change. 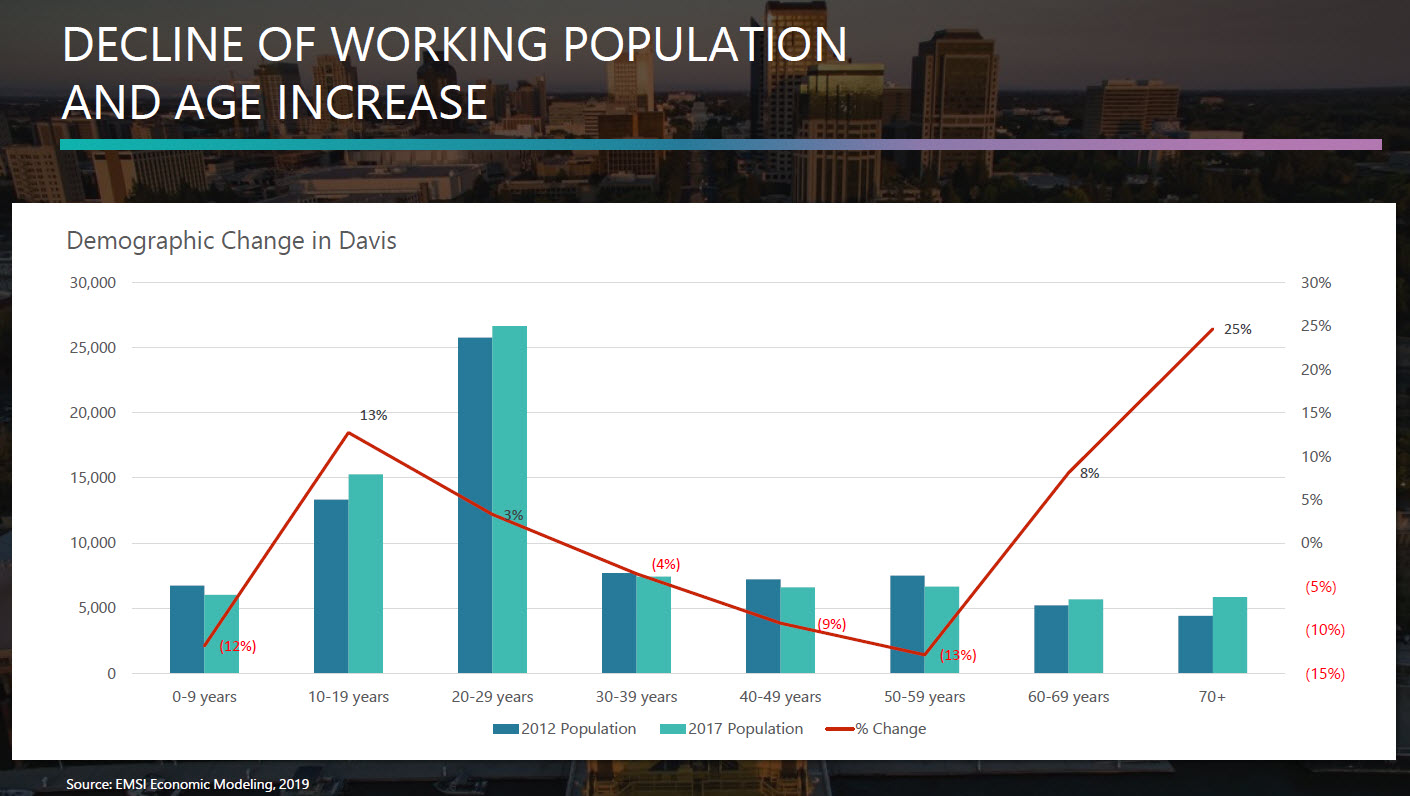 What we are seeing is that there is a steep decline in the percentage of people in that core working age from 30 to 60 years old.  There is an increase in college students and an increase in people over the age of 60. 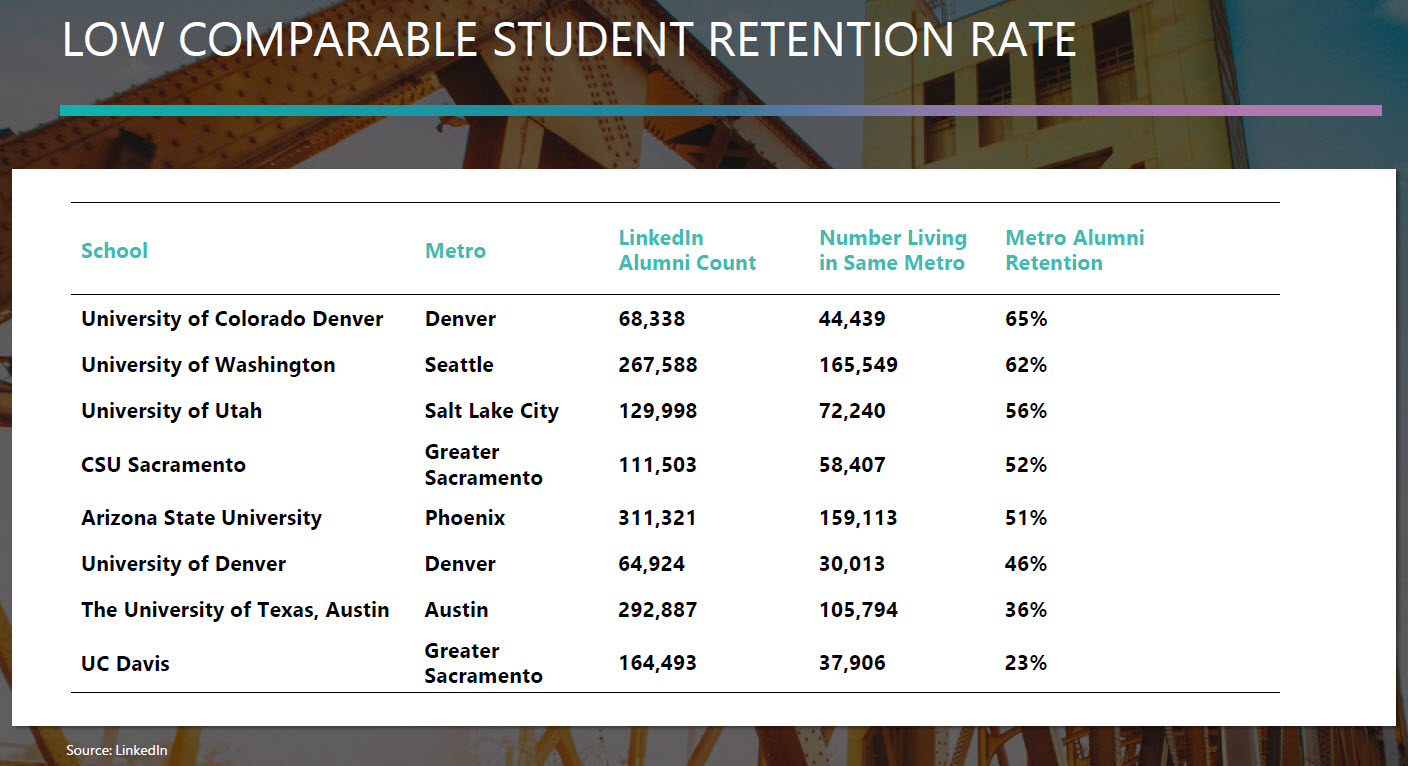 Second, there is a low comparable student retention rate.  This is not just for UC Davis, this is for the region.  UC Davis has only 23 percent of its graduates living in the Sacramento Region, which compares poorly to a number of other schools across the west. 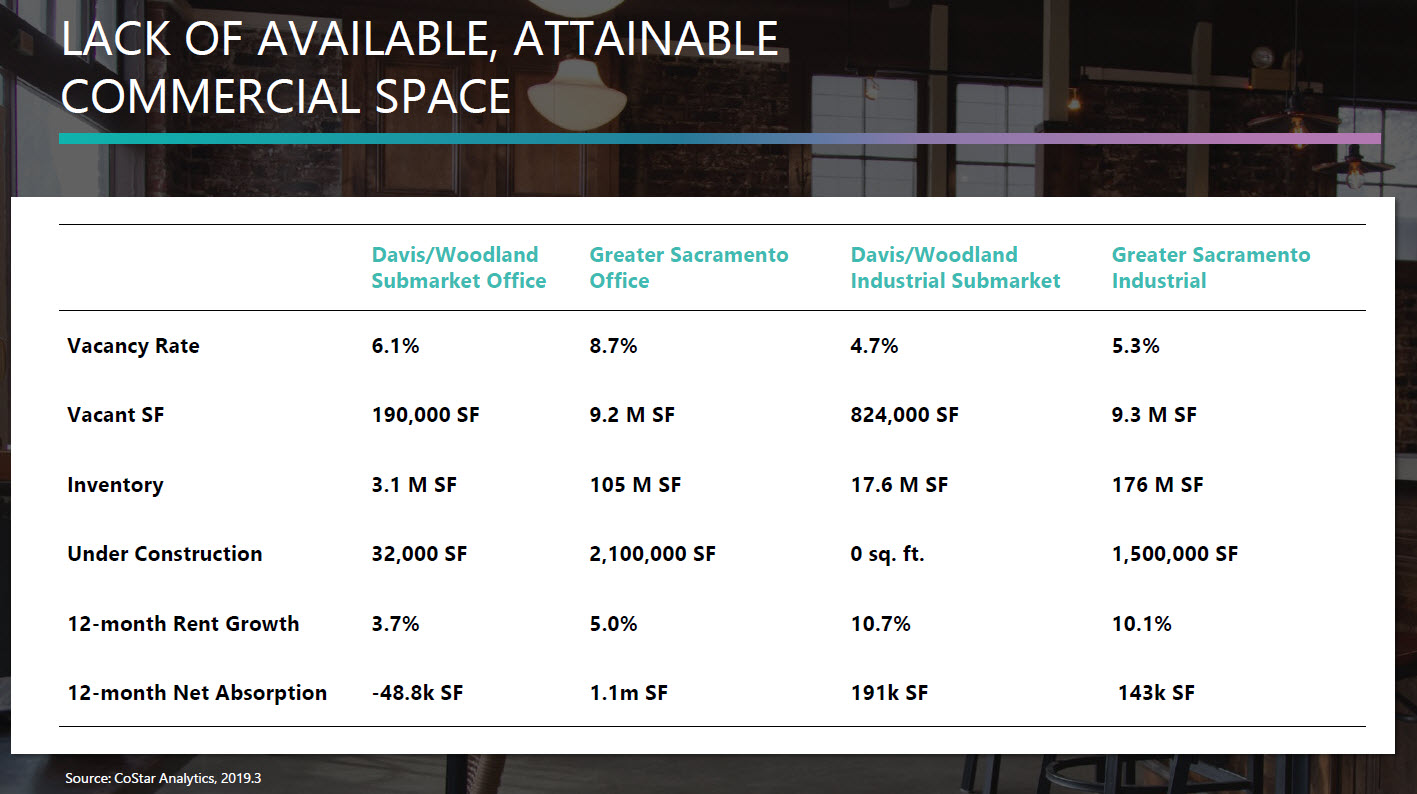 Finally, we have the commercial space story.  Again, this just backs up the numbers the city came up with from earlier this year.  As we reported, the city calculated the amount of vacant commercially zoned land at around 128 acres, and we calculated about 50 acres of that to be actually developable in the next ten to 20 years.

Moreover, there is almost nothing under construction in Davis (I’m not sure that this includes Nugget).

The amazing thing is that, despite these numbers, Davis has attracted Nugget to build their corporate headquarters here – granted, they are a local business and they convinced both Mars and ADM (Archer Daniels Midland) to locate labs in Davis.

And we didn’t even talk about the fact that Davis is likely to lose at least one and maybe two major existing companies, primarily due to lack of space to grow.

There is much more to break down from this talk.

38 thoughts on “Analysis: The Story of Davis – Lack of Jobs for UCD Grads, Lack of Space for Commercial Projects”