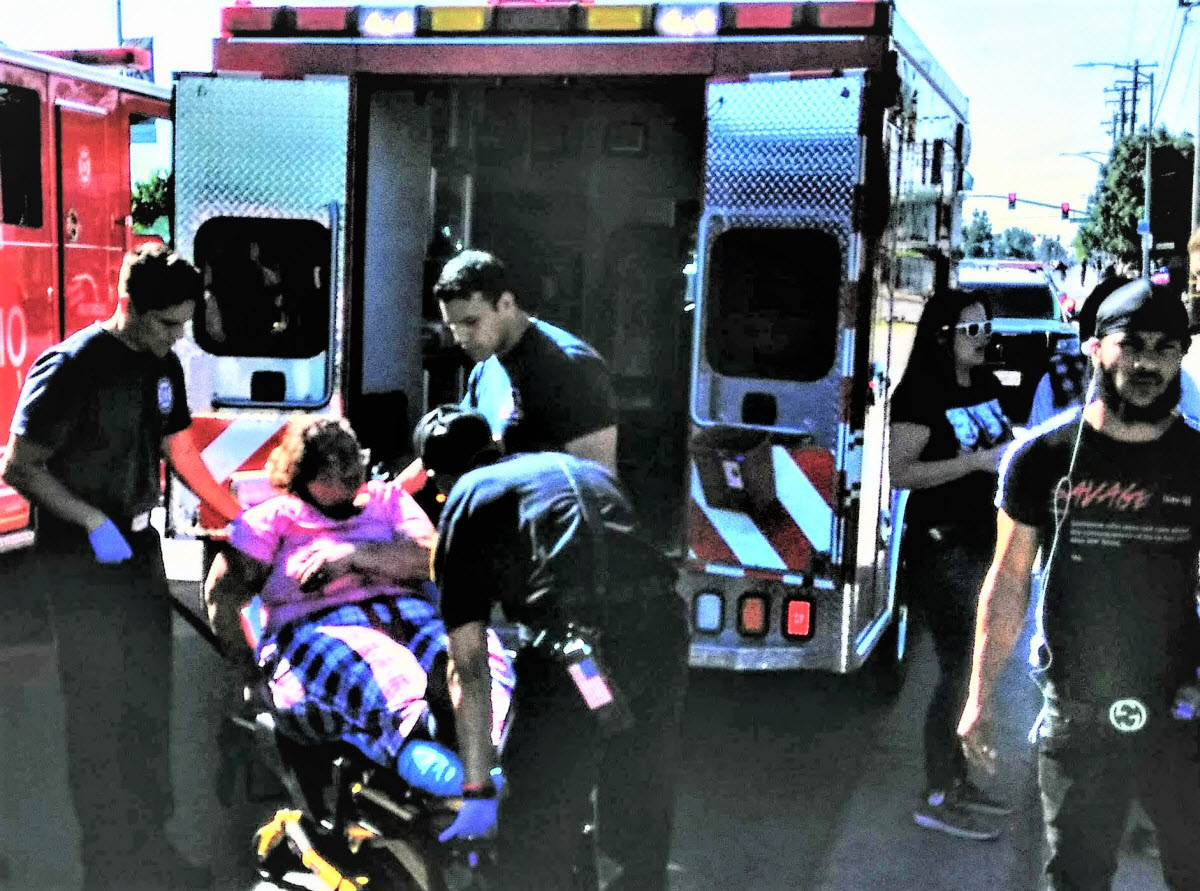 SACRAMENTO – An advocate for the homeless filed a civil rights suit here Monday in U.S. District Court, naming Sacramento County, the Sheriff’s Dept and Deputy Sheriff “Albee” as defendants and claiming they “retaliated” against her for engaging in constitutionally-protected activities.

The lawsuit, filed on behalf of Crystal Sanchez by the law firm of Mark Merin, is the second federal lawsuit stemming from a raid May 1 of this year at a homeless encampment on Stockton Blvd. near Fruitridge.

In the earlier lawsuit, describing the May 1 show of force by the county as “heavy-handed,” Legal Services of Northern California filed its federal civil rights action on behalf of three residents of the encampment – including one whose arm was broken by a Sheriff’s deputy.

The intense May 1 standoff between dozens of advocates for the homeless and a fully militarized Sheriff’s force armed with chemical agents and rifles resulted in two arrests, as an overhead helicopter and deputies on the ground repeatedly warned of more arrests.

About 20 Sheriff’s Dept. vehicles and dozens of deputies participated in a nearly day-long May Day assault on the encampment, located at the abandoned site of a former hotel and mobile home park for nine years, owned by Sacramento Housing and Redevelopment Agency. About 100 homeless occupied the encampment.

The lawsuit filed Monday said Sanchez is a “socially-concerned resident” and member of the Sacramento Homeless Organizing Committee, Sacramento Tenants’ Union, and the Poor People’s Campaign, and runs a non-profit organization assisting “needy persons who suffer from homelessness.”

On May 17, several weeks after she helped the homeless in the May 1 raid, Sanchez was, according to the federal filing, “accosted” by Deputy Albee (no first name provided). Sanchez was attending a meeting to discuss negotiations with the County to permit homeless to return to the site at 5700 Stockton Blvd. when she discovered Sheriff deputies were arresting people.

The lawsuit alleges Albee handcuffed her, and accused her of driving without a valid California Driver’s License, although Sanchez said Albee had not seen her driving. She was eventually released with a traffic citation, but her car and personal belongings were searched, over her voiced objections, according to the lawsuit.

Sanchez’ 2005 Dodge Grand Caravan was impounded and was sold, she said.

The federal pleading insisted Albee “targeted Plaintiff (Sanchez), interfered, and retaliated against her because of her leadership position on providing assistance to homeless persons camped at the 5700 Stockton Boulevard lot.”

At one point, noted the lawsuit, Albee radioed “I got one of the protesters.”

The pleading notes that Albee’s actions were “motivated by evil motive or intent, involved reckless or callous indifference” to Sanchez’ Fourth Amendment rights to the U.S. Constitution…“or were wantonly or oppressively done.”

In the earlier suit, plaintiffs Betty Rios, Lucille Mendez, Palmer Overstreet and the Sacramento Homeless Organizing Committee charged that the raid violated their 8th Amendment rights against cruel and unusual punishment, and the County’s seizure and destruction of their personal belongings was an illegal search and seizure.

The suit asks for a permanent injunction, “enjoining and restraining Defendants from seizing and destroying the personal property of homeless individuals without providing proper notices, warrants, and hearing rights” (and) “Enforcing the County’s stated policy that ‘every person who camps/lodges or stores property on public land without the permission of the owner is committing a misdemeanor violation against homeless individuals who cannot obtain shelter and sleep/rest/lay/camp on vacant undeveloped public lots.”

The suit also requests the defendants be prevented from “Enforcing any other statutes, ordinances, practices or policies that criminally punish or threaten to punish sleeping/resting/lying/camping on public property by those who are involuntarily in public space” and for “a declaration that the enjoined policies, practices, and conduct violate Plaintiffs’ Constitutional rights.

The five causes of action also call for the return of the Plaintiffs’ property, compensatory damages, medical expenses for Rio and attorney’s fees.

The LSNC filing stated that the homeless campers were “threatened with arrest and physical force for resting and sleeping on an otherwise vacant, undeveloped public lot when they do not have homes or any other place to stay.”

“Policies and actions that criminalize homelessness are ineffective and violate basic human and constitutional rights,” said Laurance Lee, a LSNC staff attorney. “The County’s and Sheriff’s decision to

deploy over 15 police vehicles, militarized police units, and a helicopter to displace people, and in the process breaking one resident’s arm and destroying property without due process, does not change the fact that people have nowhere else to go during the day and night.”

“The main thing these homeless sweeps take from us is our dignity. Everyone that lived at the Stockton Encampment was a family member,” said Plaintiff Betty Rios. “We’re not bad people; we’re just trying to survive and find a place to rest.”

Rios had to be taken by ambulance to a hospital after her arm was broken, allegedly by Deputy Lee, according to the lawsuit.

The lawsuit asserts, “On any given night, more than 3,000 people are homeless in Sacramento County,” that they must “compete” for “only 762 shelter beds in the County,” adding that there is a shortage of 57,000 rental units for the county’s lowest income residents.

The County, adds the claim by the homeless defendants, declared a “shelter crisis” late last year, and acknowledge “unsheltered people have nowhere to be during the day and night” (but) “persist in criminalizing those who must sleep and rest on public land.”

Another accusation in the lawsuit, in addition to the homeless claim that there are no places for them go to, is the destruction or confiscation of their already limited property, including tents, tarps, tools, sleeping and cooking gear.

Rios – who was displaced when SHRA demolished the mobile home park on the Stockton encampment site in 2010 – lost her tent/tarp that kept her safe in bad weather, clothes, medicine, breathing machine and a bone stimulator for her arm. She was not told how to retrieve her property.

She said she was injured when Deputy Lee grabbed her arm and exerted pressure on it.

Plaintiff Mendez also lost all her belongings, other than what she could quickly grab before deputies routed the residents May 1. She was kicked off property adjacent to the encampment a week or so later where she was sleeping in a donated tent, and then a week after that deputies arrested her and took her to jail when they found her sleeping around the corner from the encampment.

“Living in shelters just isn’t an option for many because spaces are not available. If you can’t pay for your own place to live, you’re treated like a criminal,” said Mendez.

And Plaintiff Palmer Overstreet, who doesn’t qualify for assistance and only earns income repairing bicycles, lost his tent, tools, bike parts, cooking equipment, and other personal items, according to the lawsuit. He maintains he didn’t personally receive notice of the raid, and now – without his bike tools – cannot earn even his meager living.