It was a contentious process with at one point neighbors bitterly opposing the Hyatt House hotel along the Cowell Boulevard frontage next to Davis Diamonds.  But conflict resolution efforts brought the two sides, if not together, much closer to agreement.

Three of the neighbors speaking at a council meeting stated, “While the neighbors still feel that this hotel is in the wrong location, and it may be too big for the lot planned, we want to support the community as a whole by working together helping the city obtain tax revenue needed.”

The neighbors said, “Therefore we have come to an agreement to support the compromise presented tonight.”  They added, noting, “We’re asking the city to help fund our neighborhood improvement.”

That was January of 2017.  Two and a half years later, it appears that the hotel is about ready to get underway.

Driving past Davis Diamonds this week, one can see fencing surrounding the property where the hotel will go.

According to an announcement on Tuesday by city manager Mike Webb, construction is expected to begin.

The city site indicates: “Construction of the Hyatt House Hotel, located at 2750 Cowell Boulevard, is expected to begin construction the week of August 12.  The 4-story building is an extended stay hotel with 118 guest rooms and site amenities including a guest kitchen, fitness room, lobby, meeting room, and outdoor pool and courtyard.”

In a follow-up, Mike Webb told the Vanguard that funding is now available for neighborhood park improvements that were part of the deal that neighbors ultimately agreed to. 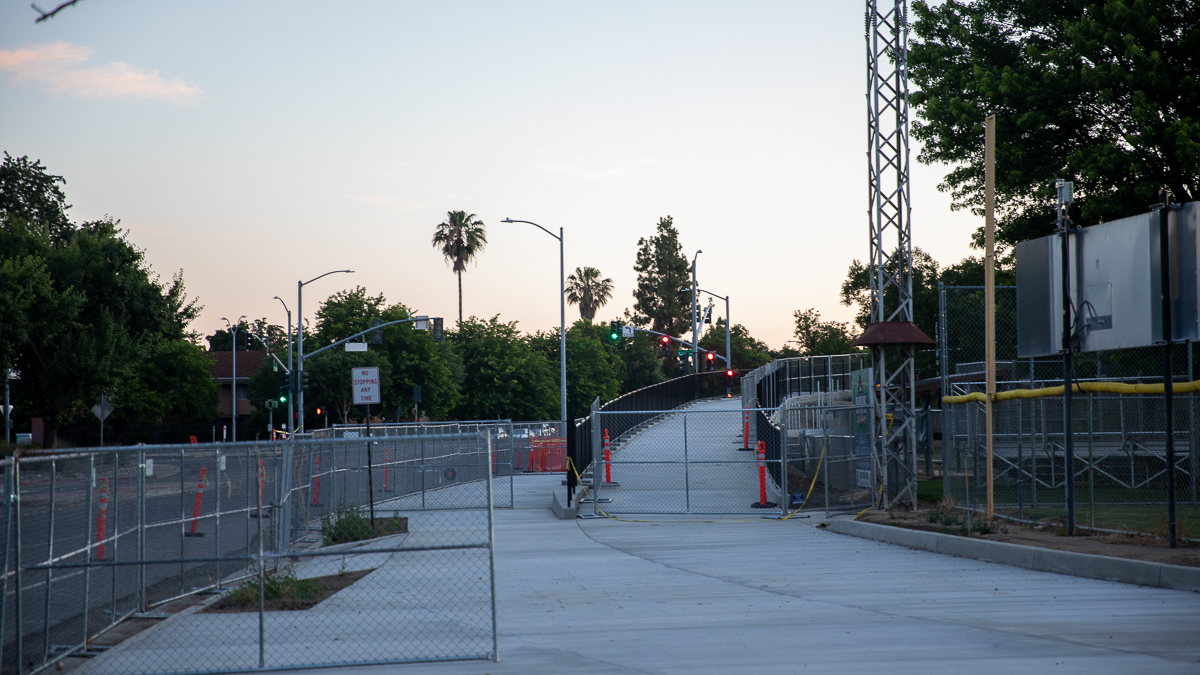 Meanwhile, the city manager also announced that the city has a new contractor to take over construction for completing the Cannery Bike and Pedestrian Undercrossing at Covell Boulevard and F Street.

City Manager Mike Webb told the council on Tuesday that Ghilotti Construction will be taking over the job.  A meeting will take place on Thursday to work out the remaining schedule on the next steps to take.

In May, the city announced that it had terminated the contract of the Northern Pacific Corporation.

The undercrossing and safe passage of bikes and pedestrians from Cannery under Covell was a key component of the city’s approval for Cannery.  The city in a statement indicated that while “significant work has been completed on this project,” the work “is on hold at this time.”

The city writes: “The progress of this project has been much slower than planned, and the current hold is due to the inability of the contractor to perform adequately.

“The City of Davis has terminated the contract and alerted the surety (insurance company),” the statement reads. “This is a serious matter and an infrequent occurrence. We acknowledge the inconvenience and impacts to the community and appreciate residents’ patience.”

The city went on to say: “(W)e can assure the public that by taking these actions, the City has set in motion the means to hire a new contractor through the surety and complete the project. Unfortunately, this is not likely to be resolved quickly, but the City must act as good stewards of City resources and follow this process.”

In the meantime, the city has put up protective fencing around the project to alleviate any safety concerns and Covell will remain open to four lanes of traffic and will remain that way until the new contractor begins to complete the work.