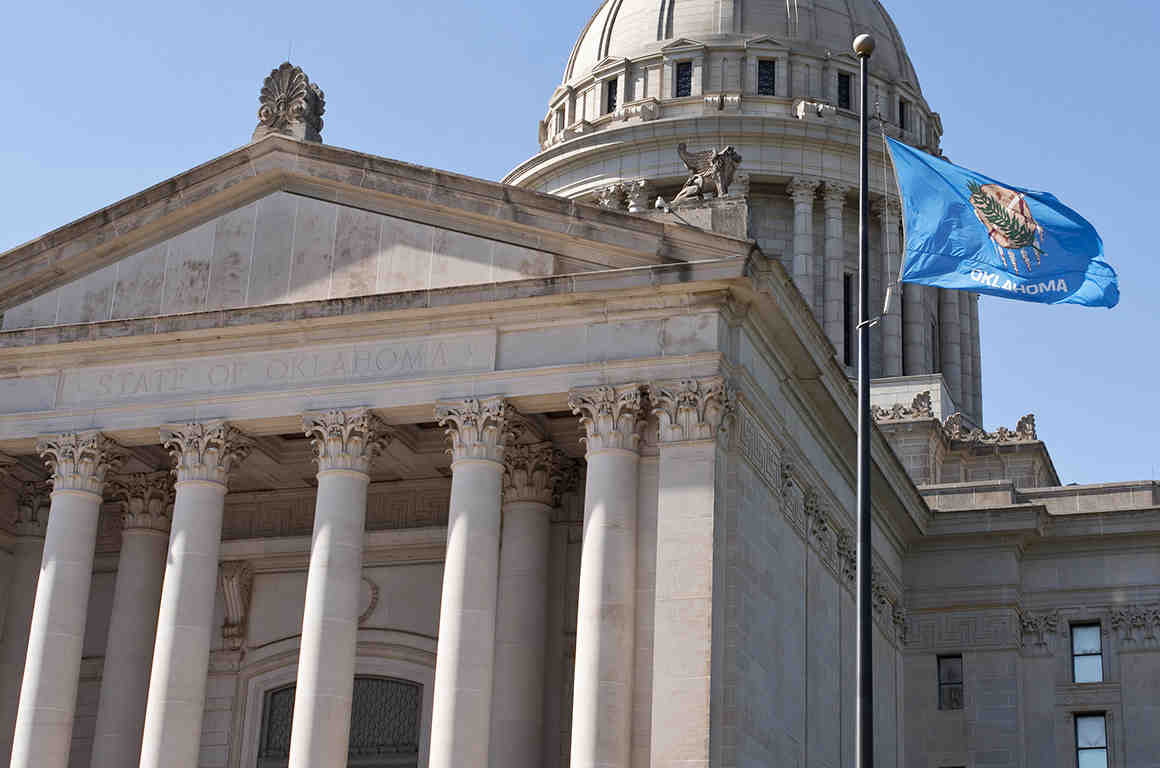 Tiras Johnson, age 23, was unarmed when he was shot and killed in Tulsa, Oklahoma. His family was devastated by his death, and they were struggling to pay for Tiras’ funeral. Like many victims’ families, Tiras’ mother applied for financial compensation through the Oklahoma Crime Victims Compensation Act in order to cover his funeral costs, but instead received a surprising response in the mail.

The letter, addressed to Tiras’ mother, Netarsha, explained that her claim was ineligible for funds because of implied contributory conduct — that is, that the incident “appeared to be gang-related” and “[Tiras] exercised poor judgment by choosing to be a gang member.” All compensation was denied. “We extend our condolences for the loss of your loved one,” it read.

Tiras wasn’t a gang member, for the record, but of far greater importance is that he played no contributory role in his own death. As it turns out, he would be one of many Black victims often denied compensation for the very

same crimes as committed against white victims, who did receive compensation.

The Oklahoma Crime Victims Compensation Act is intended to fairly compensate victims, or their surviving families, for expenses incurred “as a result of the criminal acts of other persons.” Eligibility requirements for receiving funds include the existence of sufficient evidence that the compensation wouldn’t benefit the offender (e.g., in a domestic violence case), that the crime was reported within a specified amount of time, and that the victim was not complicit in the crime (which includes the arbitrary rule that one must not be associated with a gang). The fund is managed by the District Attorneys Council, and claims are approved or denied in each District Attorney’s office. Unfortunately, there is evidence to suggest that these eligibility requirements are not applied equally to Black and white victims and their families.

The ACLU Analytics team analyzed data from the District Attorneys Counsel, which oversees the program, to understand if our suspicions about disparate compensation were true. The data included information about the demographics (including race), crime, claims, and claim results of each victim that applied for compensation between late 2008 and early 2019. Sadly, the results were even worse than we expected. 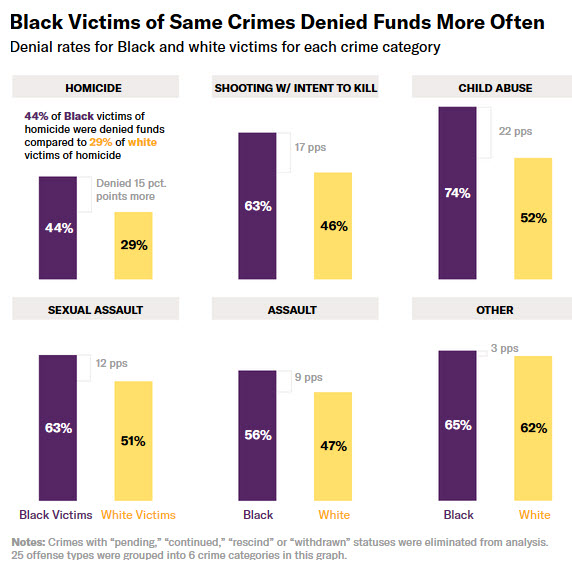 Black people were disproportionately victims of serious crimes, but especially unlikely to receive compensation. Of just over 2,300 Black victims represented in the dataset with “denied” or “awarded” judgments, over 42% were victims of homicide or shootings with intent to kill. This is compared to just 17% of the nearly 7,250 white victims that requested compensation. Black people were being shot and killed at almost 2.5X the rate of white people, yet being denied compensatory funds more often for their deaths and suffering. 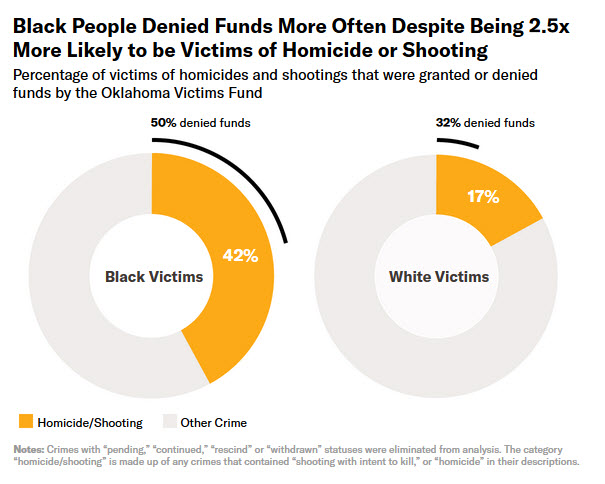 When looking into reasons why victims were denied funds, Black men, like Tiras, were denied because of “contributory conduct” 43% of the time compared to 31% of white men and 8% of white female victims. More often than not, the people denied funds due to their potential contribution to the crime were victims of homicides or shootings with intent to kill. In fact, when limiting analyses to only these crime types and controlling for other crime factors, Black victims were 1.6 times more likely than white victims to be denied funding due to “contributory conduct,” and male victims of any racial or ethnic background were 4.5 times more likely than female victims to be denied for this reason. 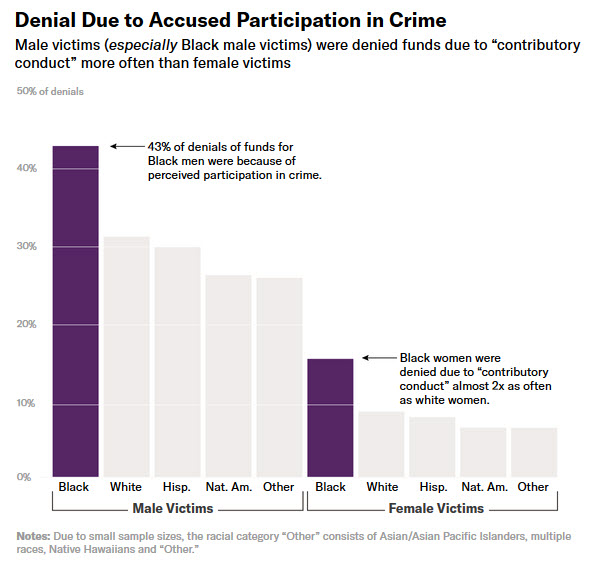 Victim’s Funds should continue to exist and provide compensation to suffering victims and families, but should take a close look at biases and resulting disparate treatment. To begin, it appears the Council is operating under the assumption that if a person is in any way associated with a gang or even speaks about a gang, they are 100% responsible for their own murder, as was the case with Tiras. At the least, this assumption reflects a blame-the-victim mentality that is not reflected in other contexts. Second, we urge the District Attorneys Council to go back and examine the reasons why contributory negligence is cited at far greater levels for Black people than for white people. District Attorneys should be representing the entire county and the Victims Compensation Fund should be available for all victims in Oklahoma.

Jill Webb is the Legal Director of ACLU of Oklahoma

One thought on “Denying Compensation Funds for Black Victims”