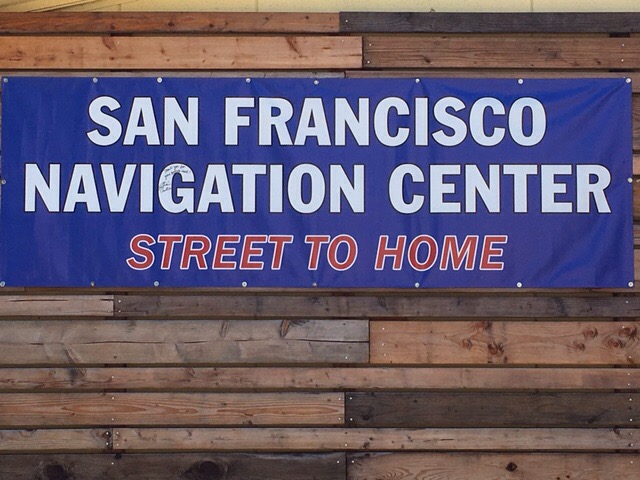 The public filled half of the seats. City employees filled the remainder. The main topic of the Commission Meeting on August 7, 2019 was about the Healthy Streets Operation Center (HSOC).

HSOC presented a powerpoint of the work they have done in the last several months. The representatives of each department were present, and they took turns presenting what their department helped with.

HSOC started with the statistics that there are over 5,000 people who live on the streets on any given night in San Francisco out of the 12,000 homeless in San Francisco. HSOC then outlined how they respond to an issue. A call comes in to either the 3-1-1 App or to the Department of Emergency Management, it is sent to the operation center. At that operation center, there are employees of all participating city agencies. They use shared data and expertise to better prepare the employees in the field for their response.

These responses take many forms. One form is “encampment resolution.” Encampment resolution is where SFPD and Department of Public Works goes into the encampments and attempts to match up the tenants with services the city provides. If the people are unwilling to leave, they are offered two choices: go to a Navigation Center for a one night or seven night stay (depending on availability) or get cited and/or booked (arrested).

This forced choice also occurs during the Healthy Streets Intervention Program. SFPD officers approach individuals on the street and attempt to match them with services. If they are unwilling to go, they can be booked.

If they go to a Navigation Center, the person is often able to bring pets, partners, and their items with them. If the person goes to a shelter, they cannot bring any of those important things. If the

items cannot be brought with, they are “bagged and tagged,” meaning each person’s items are put in a bag with an identifying tag on it that the person can come and retrieve it at the end of their stay. If they are arrested, their property is booked as evidence which can be retrieved after a resolution of the case. SFPD bragged about how they have decreased their arrests for “quality of life.” SFPD stated most of the arrests are only because of an active warrant.

HSOC has a designated 15 beds in the Navigation Centers around the city for use as people are placed in this housing.

Commissioner Hamasaki then asked about how many people are better off after going to Navigation Centers. The SFPD representative said they can also provide that data at a later date.

Commissioner DeJesus then began asking questions as well. She focused on how many people retrieved their property after it has either been bagged and tagged or taken as evidence of a crime. The response was that the majority of people are not getting their belongings. They typically have 90 days, and then after that, those items are destroyed. Commissioner DeJesus asked how much has been spent on all of these efforts. SFPD and the other representatives of HSOC said they did not know, but will produce the information at a later date.

President Hirsch asked what the biggest issue is that needs to be solved. Every representative of each department said more beds of adequate shelter. They explained that it is hard to offer people services if there is a scarcity. The scarcity leads to hundreds people waiting hours outside of a shelter, only to be denied.

The Coalition on Homelessness (CoH) then presented their concerns over HSOC. They focused on the inadequate housing services and the poor means of achieving “resolutions.” CoH said that because SFPD are the vast majority of people participating in these interactions with the homeless, they are unable to realistically offer services. Instead, they tell people to move along and to clean up their belongings. The CoH also stated they had spent the last two years asking for data and receive nothing. A lot of the data HSOC presented at the Commission was the data they were looking for, but never received.

CoH said that having people move around the streets and to and from shelters and Navigation Centers actually causes more problems, not less. People know that the shelters are scary, dirty, and the staff have numerous claims of assault and theft leveled against them. Upending homeless people takes away the one stable thing these people have, and that causes emotional and physical trauma. A large number of people have some form of disability, and it is difficult to move or re-set up their tents. This is in addition to the loss of their property.

CoH suggested removing SFPD from the process as a way to prevent criminalizing homelessness. Having SFPD and Department of Public Works leading HSOC means they lead “with enforcement and street cleaning rather than outreach.” CoH then showed some damning evidence of this. It started with an email saying that the goal was to remove tents and structures in the City, not helping people. Furthermore, a picture from SFPD’s own Twitter was shown. It depicted an SFPD pickup filled with various suitcases, boxes, clothes, and other belongings. The text of the Tweet bragged about how much they cleaned up the streets. This directly went against the Department of Public Works and SFPD’s position that they bag and tag everything unless it is garbage.

CoH implied that the 15 beds reserved for HSOC are being used as a method of actually moving people around and throwing away their belongings. They have the 15 one-night beds as is required by law so they can put the person in the position of being arrested, moved, or put in that shelter. If HSOC did not have these spaces available, they would be unable to legally perform the actions they are performing. But a single night stay does not fix the problem. A seven night stay does not fix the problem. The CoH aid that 30 night stays would be the bare minimum needed to make any real progress on the issue.

Public comment then commenced. Various people who were homeless, experienced homelessness at some point, concerned members of the community, and an activist spoke harshly of HSOC. They shared the sentiments of the CoH, such as the Department of Public Works and SFPD breaking down camps in the rain, leaving many with nothing to protect them from the elements. They were concerned about the lack of oversight and methods of bagging and tagging, as people’s valuable belongings are frequently stolen and the less valuable belongings are simply thrown away.

The solution to homelessness is not easy, simple, or straight forward. A number of people believe that interfering with people when they are at their lowest point only makes things worse, leading to death and furthering their underlying issues. Others believe that people should not be allowed to stay in a terrible place because of addiction and/or mental illness. What is simple and straight forward, however, is that there is not enough room for people to sleep and there are not enough of a variety services to truly tackle the underlying issues. Shuffling the most downtrodden around the city helps no one and only serves to line the pockets of City employees.