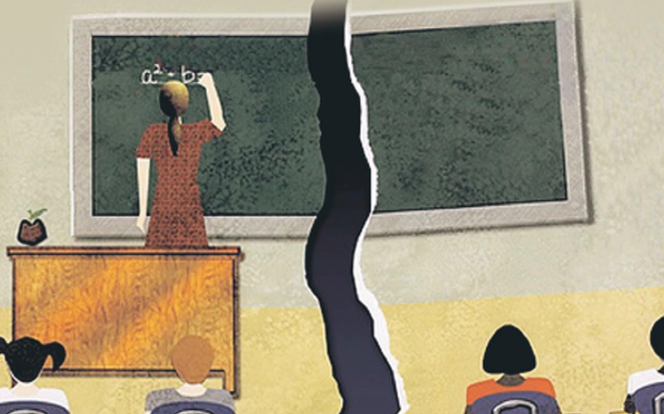 For reasons that are wholly unrelated to what I found, I was looking through past Word documents I had written.  In the process I ran into my answer to the Vanguard’s seventh weekly question during the 2016 Council campaign.  I found the question particularly germane considering the current CVRA/Districting controversy and process.  So here is the question and the answer I submitted to the Vanguard.

Davis is a city that is often associated with a well-educated, upper middle class community that comes to city council meetings, works at UC Davis or in Sacramento, and is well represented at council meetings and other civic events. But there is increasingly another group of people that get hidden – renters, non-participants in civic activities, less affluent and less educated. Davis is no longer the monolithic community it may have been in the past: 46% percent of our school children are now non-white, more than one-fifth are Title I students.

The Vanguard called this “The Other Davis.” Explain your understanding of “The Other Davis” and what policies you would put forward as a councilmember to both engage this population and meet their needs?

My understanding of “The Other Davis” is sketchy at best.  Part of that is understanding what the Vanguard means when it uses the term “The Other Davis.”  For example, my son’s wife is Thai.  Their 15-year-old son would be in the 46% if he were going to school here in Davis (they live in Baltimore).  Does that mean they would be part of the Other Davis if they lived here?  How would that Vanguard-

applied definition affect either their assimilation into Davis or the menu of services that Davis provides . . . and would those services come from the School District or the City or in the form of simple friendship from the community at large?

With that said, let’s turn to the other part of the question . . . the lack of representation at council meetings and other civic events.  I really don’t see that as an “Other Davis” issue.  The fact that almost 60% of all Davis residents are home renters rather than home owners, produces less sense of “ownership” in Davis. Less sense of ownership has a strong tendency to produce less voter engagement.

Citizen engagement happens when/if the citizens see “value” in such participation. So one possible solution be a focused effort to get a better understanding of what “value” the council meetings and civic events could deliver.  Ironically, last night was a good example.  The people who walked by my booth at the Celebrate Davis event in Community Park demonstrated that the 46% can be engaged . . . and they can have a rousing good time doing it.  Three things that were noticeably absent were (A) a 2-minute timer and (B) a prohibition on clapping and (C) a whole lot of formal language.  The language of the event was to have fun, and the participants, white and non-white saw “value” in having fun.

For the answers of the other three candidates, all of whom are now on the Council, leading us through the current controversy/process, click on this LINK

As it turns out, David had also used a variation on the Other Davis question in the 2014 Council campaign cycle.  Here is a LINK to the 2014 version of the question, as well as the answers of Robb Davis, John Munn, Sheila Allen, Rochelle Swanson and Daniel Parella

Share:
Tags:Civil RightsRaceThe Other Davis
Previous : Guest Commentary: How We Govern
Next : Assault with a Deadly Weapon Case Allegedly Leads to the Partial Loss of a Leg

29 thoughts on “Guest Commentary: ‘The Other Davis’”