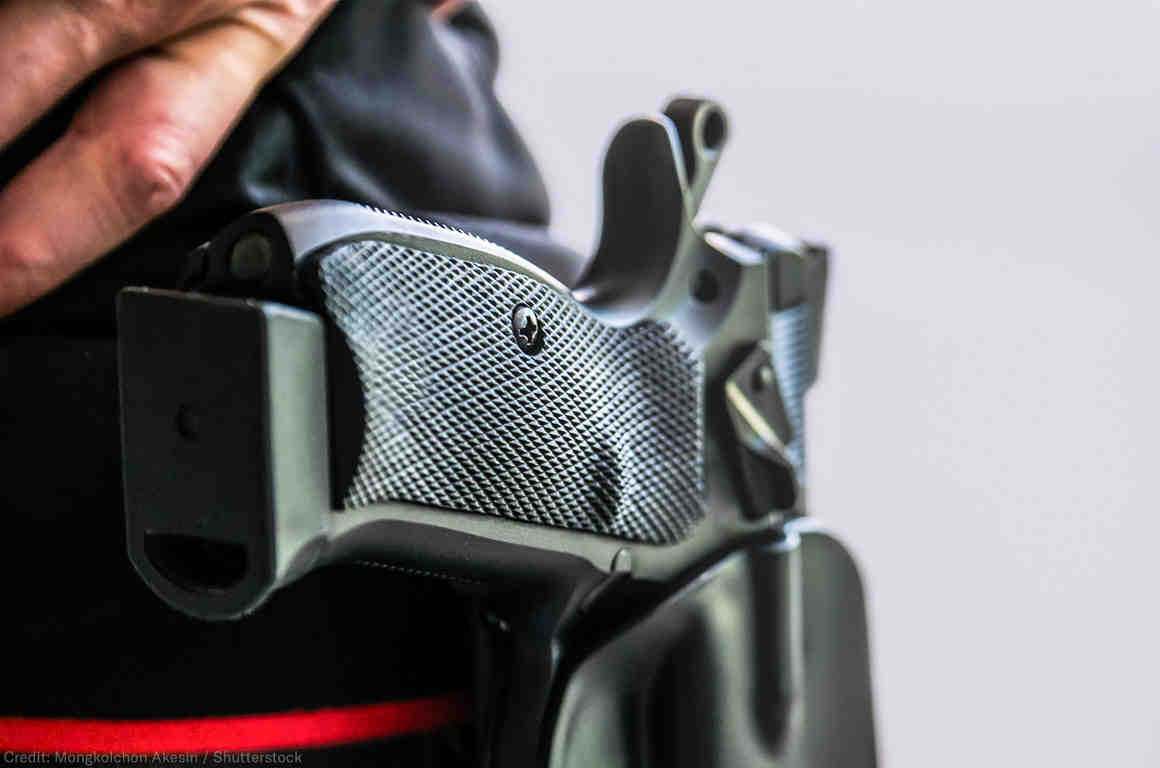 First it was Gilroy.  Yesterday it was El Paso and last night Dayton.  I am probably going to focus this more on El Paso at this point.  There are lots of angles to this.

Kamala Harris, running for president: “We shouldn’t have to live in fear of mass shootings. Congress must have the courage to pass reasonable gun safety laws. If they won’t act, I will.”

Beto O’Rourke, presidential candidate from El Paso, said, “We have had a rise in hate crimes every single year during an administration where you have a president who has called Mexicans rapists and criminals.  Though Mexican immigrants commit crimes at a far lower rate than those born here in the country.

“He has tried to make us afraid of them to some real effect and consequence,” he said.  “He is a racist and he stokes racism in this country.”

The reaction was interesting.  In El Paso, hundreds of people lined up in 100-degree heat to donate blood.

In Washington, hundreds of protestors from “#MomsDemand” and “#StudentsDemandAction” protested outside of the White House last night, demanding a Senate vote on background checks in honor of El Paso and all gun violence victims.

El Paso is one of the largest cities in the nation.  The 2017 population estimates are 683,577.  It is also the heaviest Latino big city in the country and one with the largest percentage of immigrants.

And yet, despite the rhetoric, it is not a particularly violent community.  There were just 23 murders there last year.  Yesterday alone there were 20 – to put this massacre into perspective.

According to official accounts, a 21-year-old gunman armed with a powerful rifle opened fire at a crowded Walmart.

The New York Times is reporting that the gunman is Patrick Crusius, a white man from a Dallas suburb.  He was taken into custody, having surrendered to police outside.  The authorities are investigating whether Mr. Crusius posted a “manifesto” which described the attack as a response to “the Hispanic invasion of Texas.”

Titled, “The Inconvenient Truth,” the post declares solidarity with other killings.  It was published about 19 minutes prior to the first 911 call.

“Hispanics will take control of the local and state government of my beloved Texas, changing policy to better suit their needs,” the manifesto said. It added that politicians of both parties are to blame for the United States “rotting from the inside out,” and that “the heavy Hispanic population in Texas will make us a Democrat stronghold.”

In the last week, there has been a push to call white supremacy out for what it is – domestic terrorism.  Remember, prior to the attack on 9/11, it was incidents like Timothy McVeigh and his bombing in Oklahoma City that were getting attention.

“We need to call out white supremacy for what it is: domestic terrorism. And it poses a threat to the United States of America,” Senator Elizabeth Warren, also a presidential candidate, said earlier this week.

Her comments came after FBI Director Christopher Wray told the Senate Judiciary Committee last week that the majority of the roughly 100 domestic terrorism-related arrests since October were connected to white supremacy.

“I will say that a majority of the domestic terrorism cases that we’ve investigated are motivated by some version of what you might call white supremacist violence, but it does include other things as

But this discussion should not just be about white supremacy – it is also about gun violence.  After all, it has been gun attacks that we have seen over and over again.

I fault both sides here.  The left has been ineffective politically and policy-wise.  The right has been complicit.

I found New York Times columnist Nicholas Kristov’s column fascinating.  It was a reprint of one from November 2017, saying “liberal opposition to guns has often been ineffective, and sometimes counterproductive. The 10-year ban on assault weapons accomplished little, partly because definitions were about cosmetic features like bayonet mounts (and partly because even before the ban, such guns were used in only 2 percent of crimes).”

He notes: “The left sometimes focuses on ‘gun control,’ which scares off gun owners and leads to more gun sales. A better framing is ‘gun safety’ or ‘reducing gun violence,’ and using auto safety as a model—constant efforts to make the products safer and to limit access by people who are most likely to misuse them.”

I have often spoken of the need to treat guns as a public safety problem in need of harm reduction, rather than a regulatory one or one that deprives people who are otherwise law-abiding of their right to their guns.

On the other hand, I find the reaction of the right to be equally problematic.  There have been some interesting exposes on the NRA’s response to the Newtown shooting.  (This is worth reading if you haven’t: click here).

The problem is that it is not clear that is true.  We have seen chaotic situations unfold where even trained police officers have difficulty attempting to thwart attacks.

Do we really want more people coming into such situations with guns, hitting bystanders, untrained on how to deal with a complicated active shooting situation?

I haven’t really seen anything on it in El Paso, but you would think in Texas, which has some of the most “liberal” open carry policies in the country, if the “good guy with a gun” theory were to work anywhere, it would be in El Paso, Texas.  And yet we don’t see it.

Moreover, as Mr. Kristov points out in his column, “It is true that guns are occasionally used to stop violence. But contrary to what the National Rifle Association suggests, this is rare.”

Of the states with the least guns, only Delaware, Florida, Indiana, and Colorado have gun death rates above the national average.

But, as a nation we remain paralyzed to even take modest steps to ensure the reduction in the number of shooting deaths by guns.

In the weeks that follow, there will be anger, finger-pointing, posturing by both sides – but ultimately no action.

50 thoughts on “Sunday Commentary: What Are We Going to Do about Right Wing, Domestic Terrorism Manifesting as Gun Violence?”