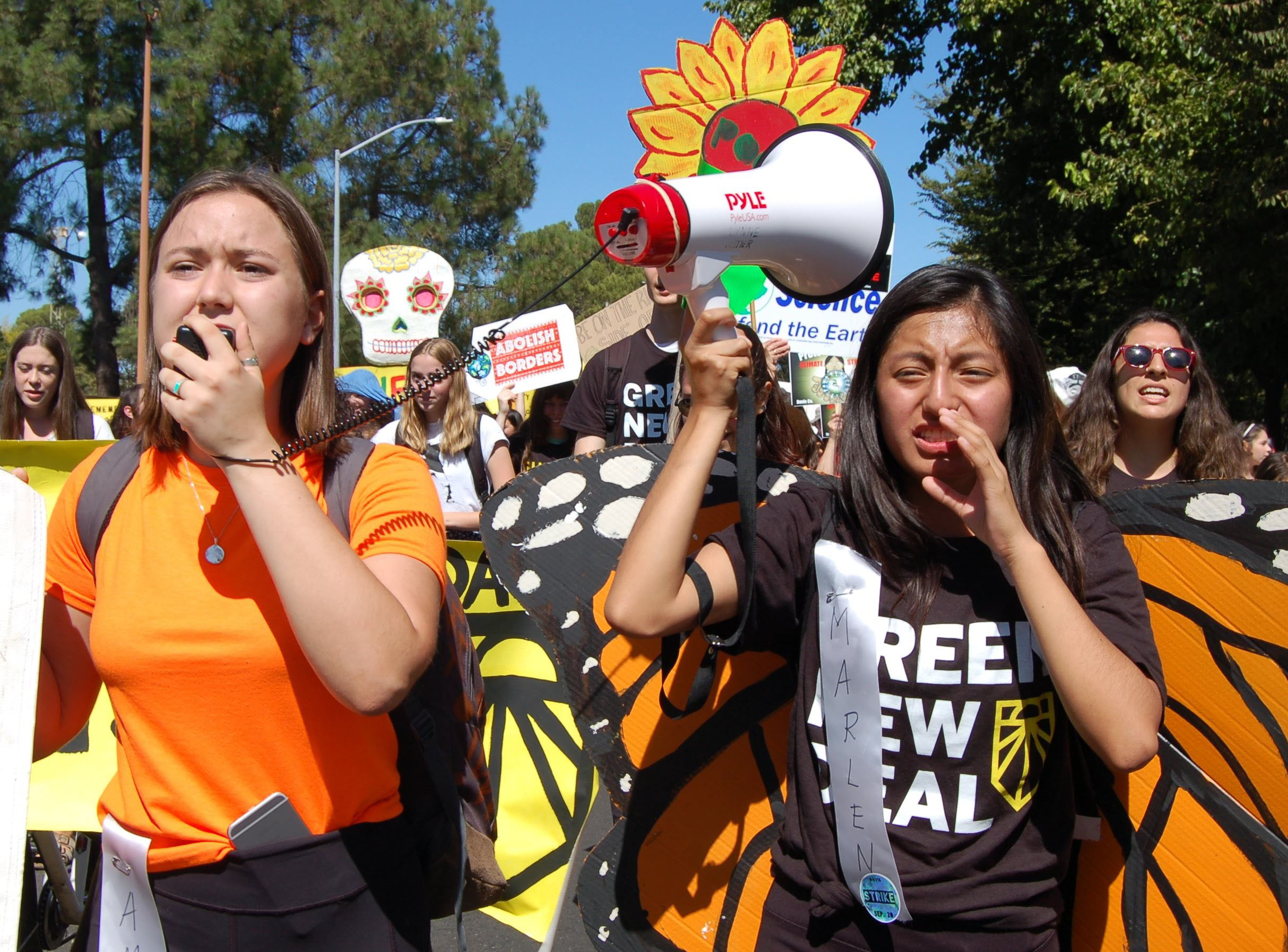 Teen climate activist Greta Thunberg has in many ways stolen the show with her angry words and scathing speech at the UN this week.

“I shouldn’t be up here. I should be back at school on the other side of the ocean,” the 16-year-old from Sweden told the United Nations Climate Action Summit. “Yet you all come to us young people for hope. How dare you! You have stolen my dreams and my childhood with your empty words.”

Ms. Thunberg may be the most outspoken of these new generation of activists, but she is hardly alone.  The youth of the world are worried and they have every right to be.

A 2018 Gallup analysis found that there was a generation gap on global warming awareness, although it is not nearly as large as it seems at times.  Seventy percent of adults aged 18 to 34 say they worry about global warming, compared to 56 percent of those aged 55 or older.  Sixty-two percent of those of us in the 34 to 54 range believe the same thing.

There is a gap there and the concern increases as you get to younger generations, but it is not as overwhelming as you might think.

This summer, The Nation magazine had a feature on the efforts of the younger generation to force politicians to grapple with this issue.

“While I am not a lawyer nor a climate scientist, and I only recently came of voting age,” Aji Piper said with quiet poise as he leaned in to the microphone to address the House Select Committee on the Climate Crisis last April, “I know from studying climate science and living with the consequences of climate change today that my health, my community, and my future—and that of my generation—is at stake.”

Four years ago, The Nation reports, Ms. Piper “joined a group of plaintiffs in a still ongoing lawsuit, Juliana v. United States, that argues that the federal government has violated his generation’s constitutional rights by failing to do anything meaningful to reduce the threat of climate change. At the time the lawsuit was filed, Piper and most of his peers weren’t yet old enough

to cast ballots. The only way they could directly influence national politics was via the courts.”

When the Climate Strike movement emerged, a number of commenters on the Vanguard and elsewhere suggested that the youth were put up by their parents, but the evidence suggests that it might be the opposite – the students care more about this issue than their parents.

I have read the disparaging comments about the youths locally, as well as about Ms. Thunberg, and it makes me cringe because this is a way to negate their views.  The reality is, this generation is scared about their future.  They are scared about the future of the world.

And frankly, as the parent of still young children aged eight and nine, I really worry about their future.

The climate emergency resolution supported by Bernie Sanders and Alexandria Ocasio-Cortez, among others, says: “The global warming caused by human activities, which increase emissions of greenhouse gases, has resulted in a climate emergency” that “severely and urgently impacts the economic and social well-being, health and safety, and national security of the United States.”

It then goes on to say that Congress “demands a national, social, industrial, and economic mobilization of the resources and labor of the United States at a massive-scale.”

The Trump administration continues to downplay what their own studies have found is a growing crisis.

Americans have been slow to respond, though a recent poll found that two-thirds of Americans believe that climate change is either a crisis or a serious problem, with a majority wanting immediate action.

More than a quarter of Americans questioned in the new CBS News poll consider climate change a “crisis,” with a further 36 percent defining it as a “serious problem.”  Two in 10 respondents said it was a minor problem, with just 16 percent considering it not worrisome at all.

I worry a lot about the future my children will have.

Every day it is a new report and it’s exceedingly bad news.  This week it’s fish.

“Since the 1970s, the climate crisis has made our oceans warmer and more acidic, reducing the number of fish we rely on for our food and putting the future of fish in peril,” according to a major UN report out Wednesday.

I am glad to see the younger generation take the lead on this.  It is not that my generation hasn’t done anything – it’s simply that we have not done enough.

On Tuesday six students came out pushing for action.

“So we, the youth of Davis, California, our parents, and our earth, demand that the adults running our community, our state, and our country step up and face the greatest challenge of our time – climate destruction,” read 16-year-old Amber Crenna-Armstrong Tuesday night.

She added, “Our youth cannot understand why the adults and our leaders are not stepping in and making changes.”

After reading the comments on the Vanguard over the weekend and then hearing these young people Tuesday night, I was transformed to a song from years past.

From David Bowie’s “Changes”: “And these children that you spit on – As they try to change their worlds – Are immune to your consultations – They’re quite aware of what they’re goin’ through.”

Those who are around my age might be aware that John Hughes used that line in the opening of the iconic Gen X movie, “The Breakfast Club.” Back in those days, though, it seems we were far more concerned with the mundane rather than the catastrophic.

Nevertheless, the sanctimonious lecturing I have seen directed toward the Davis youth and Greta Thunberg who originated the strike earlier this year not only disgusts me, but misses the urgency of the children’s pleas. They don’t need adults to lecture them that their actions are futile.  This is the start.  I’m sure the student protestors in 1967 France did not believe they would bring the government down, and it’s doubtful that Rosa Parks believed that her simple protest in Montgomery would lead to the end of Jim Crow.

For our children, this crisis is every bit as real as the Civil Rights movement and Vietnam in the 1960s – maybe even more so.

Contrary to what some have argued, the climate crisis keeps our kids up at night and makes them worry about their future.

We should be encouraging their activism and foresight as they desperately attempt to make up for our own lack of vision.

49 thoughts on “Commentary: Our Youth Are Worried, They Should Be, Why Aren’t You?”