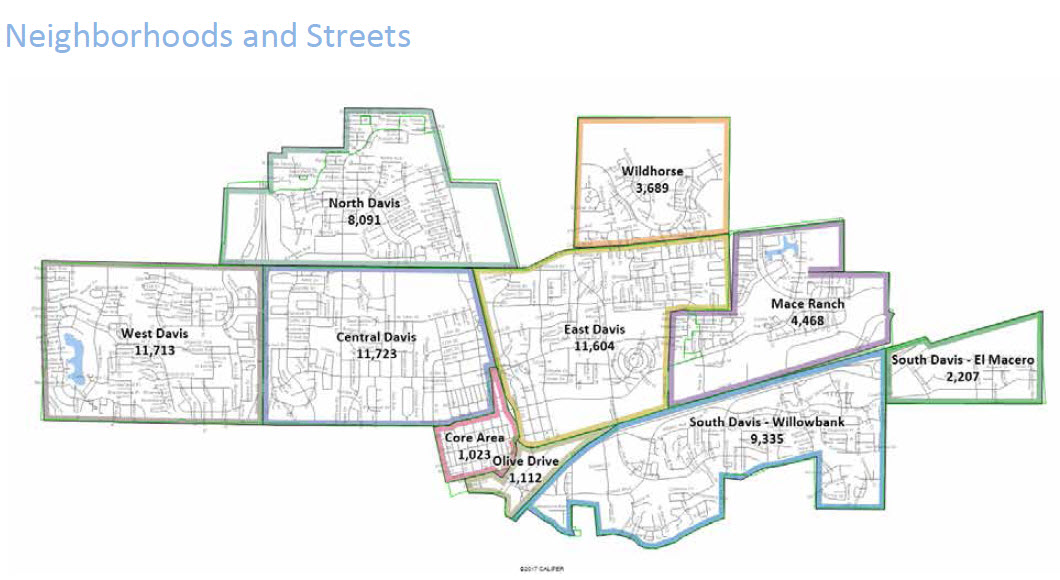 While the city council mainly just listened to both public comment and the presentation by Demographer Paul Mitchell on Tuesday, they did make some tentative decisions.

Basically, there seemed strong opposition to going to an at-large mayor, but there was some support for going above five members on the council – though it was mixed on that point.

Councilmember Will Arnold said, “I am not personally in favor of an at-large mayor.”  Some of the problems here had to do with legalities that council did not elaborate on.  “But more to the point, no matter where you get elected and what your district is, you will be representing the entire city.  You will be making decisions for the entire city.  And you will need to take input from the neighbors of a given project – whether they live in your district or not.

“What we’re creating today exists, in reality, every couple of years,” he added.  “In functional governance reality, these districts only exist for that one day.  Then you make decisions for the entire city.

On the number of districts, he said, “I understand that many of the benefits of going to districts are augmented by more districts.”  He noted the barrier to entry is lower the more districts there are.  “There is some interest on my part in that.”

However, he noted even with seven districts there might be a majority-minority only if you combined Asians and Hispanics, “but that’s not necessarily how we would define a Community of Interest.”

Gloria Partida noted that she did not want to see an at-large mayor.

She did say, “As long as we are drawing maps – I would like to see both five-district and seven-district maps.  It makes sense to draw up both.”

Lucas Frerichs said, “Rotating the mayorship or election of the mayor by majority of the council are two possible ways to proceed.”  He noted that the latter was how the city used to choose the mayor.

“I am interested in the possibility of seven (districts),” he said.  “It lowers the barriers to entry.  There’s ideally greater representation when you have more representatives – smaller numbers of residents (per district).”

Dan Carson said he wanted to be deferential on these issues.

He noted the legal issues when creating a citywide elected mayor.  “I would say as we go forward that those guiding principles give us the opportunity to balance out the parochialism that can come from moving towards districts, by keeping a focus on doing what’s good on the whole from the city.”

He noted the language from Sandra Day O’Connor on the outlawing of racial gerrymandering, about which he said, “I find very stirring.”

Quoting her, he said that “reapportionment legislation that cannot be understood as anything other than an effort to classify and separate voters by race, injures voters in other ways.  It reinforces racial stereotypes and threatens to undermine our system of representative democracy by signaling to elected officials that they represent a particular racial group rather than a constituency as a whole.”

He said, “There is a balancing act,” noting that they should take into account Communities of Interest which can include “racial and ethnic groups.”  He said, “let’s look at a whole wide range of things that can constitute a Community of Interest.”

He added, “I’m open to my colleagues getting whatever maps they want.  I do think that five makes more sense from a governance standpoint.”

Brett Lee noted that the at-large mayor does not seem favored by the council and thus “it is likely we aren’t going to move in that direction.”  He noted, “There is some interest in at-large districts.”

Council will wait on sequencing until they have drawn maps to see how the process maps out in terms of incumbents and terms.