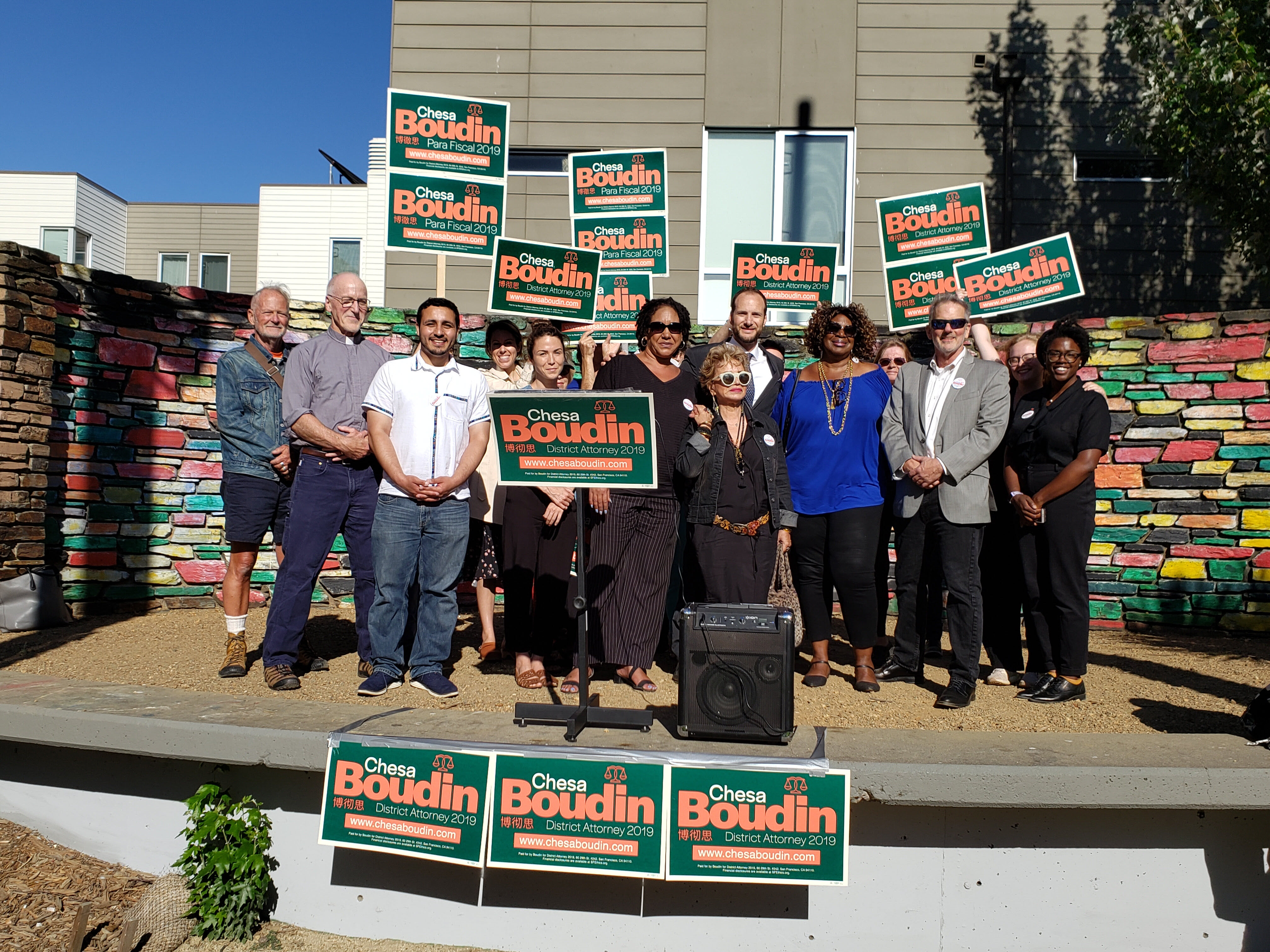 Chesa Boudin is committed to using the power of the District Attorney’s office to ensure that nobody is treated differently by our criminal justice system because of the color of their skin. Equal justice demands it.

As District Attorney, Chesa Boudin is committed to doing everything in his power to eradicate racism from the criminal justice system.  The system must not treat people differently based on the

color of their skin.  While racism runs much deeper in our society than our courtrooms and jails, the District Attorney can make a real difference.  Here are some of the things Boudin is committed to doing on day one.

Under Boudin’s leadership, the District Attorney’s Office will:

It’s racist because for years not a single white person has been prosecuted for a gang enhancement.  It’s ineffective because San Francisco jurors almost never find sufficient evidence to establish a gang connection.  And it’s unnecessary because it piles on punishment in a system where punishment is already too severe.  People who are convicted of felonies are already subject to prison terms, often lengthy ones, for the crime they’ve been convicted of.  And people are rarely sentenced to the maximum punishment allowed by law.  We don’t need racist gang enhancements, with their additional potential prison time, to keep San Francisco safe.

When our criminal justice system treats people differently based on the color of their skin, the integrity of the entire system is undermined.  Individuals and entire communities come to distrust law enforcement, making our city not only less just, but also less safe.  Eradicating racism from our society is a long project, and one we need to take on much more seriously than we have.  The criminal justice system, capable of producing incalculable harm, is an important place to start.