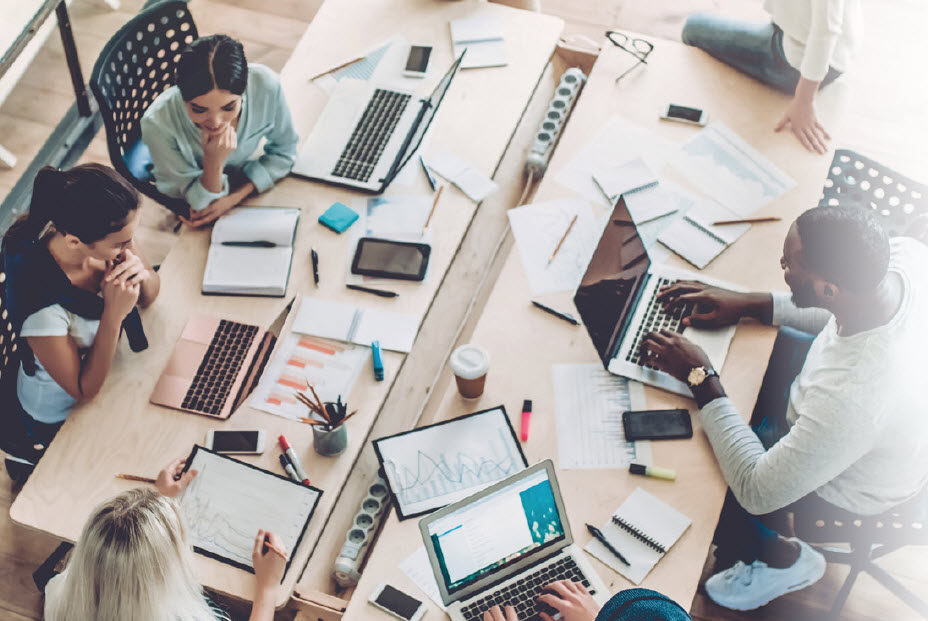 Two weeks ago the Vanguard held a discussion on the future of high tech economic development.  Now, Greater Sacramento has released a report, partnering with CBRE, a commercial real estate broker, to tell the story of the Sacramento Region.

Davis is very much a part of that story.  Two weeks ago, Danielle Casey from Greater Sacramento mentioned that right now, with Davis’ lack of commercial space, companies were not necessarily looking at Davis.  However, the bigger picture here is that Davis is fairly well situated to draw companies and talent – if it is so inclined.

On the plus side, Davis has a ready pool of talent to draw from.  It also has the brand – UC Davis, a respected world class university.  While space is indeed limited and costs are higher than Sacramento, in a way Davis fits in neatly – less cost than the San Francisco market, but a readily established brand.

This is pretty important in the bigger picture.  They found the Sacramento Region as a whole is drawing millennials – in fact only Seattle and Columbia, SC, drew more millennials than Sacramento.

The report notes: “Sacramento is the third most popular city in the nation for Millennials and this trend is expected to continue.”

They find, “People are leaving more expensive cities with a higher cost of living for hubs like Greater Sacramento due to its lower living costs, access to amenities, and proximity to local attractions and the available job opportunities.”

Moreover, they found that Greater Sacramento region has among the highest concentration of diverse populations across the country. 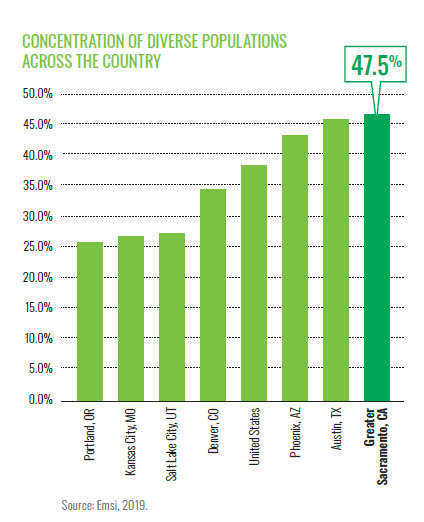 Based on a 2017 McKinsey Analysis, “the organizations with the most ethnic and cultural diversity on their executive boards were 33% more likely to achieve above-average profitability.”

UC Davis is a huge engine of the region’s success – among its key bragging points: top 10 on the West Coast for Computer Science and Engineering, top in the nation for launching women into STEM (Science, Technology, Engineering and Math) professions, #5 public university in the nation, the top global veterinary university and #2 in global Agricultural Sciences.

A huge percentage of the population with a bachelor’s degree or higher has a STEM degree – 53 percent.  That’s fourth among comparable cities – trailing San Jose, San Francisco and Seattle but ahead of places like Denver and Austin.

UC Davis is key here with 56 percent of the students graduating with bachelor’s degrees getting those in STEM fields. 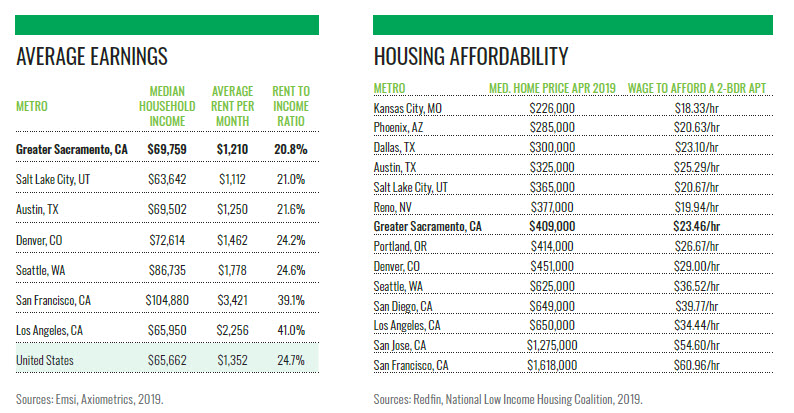 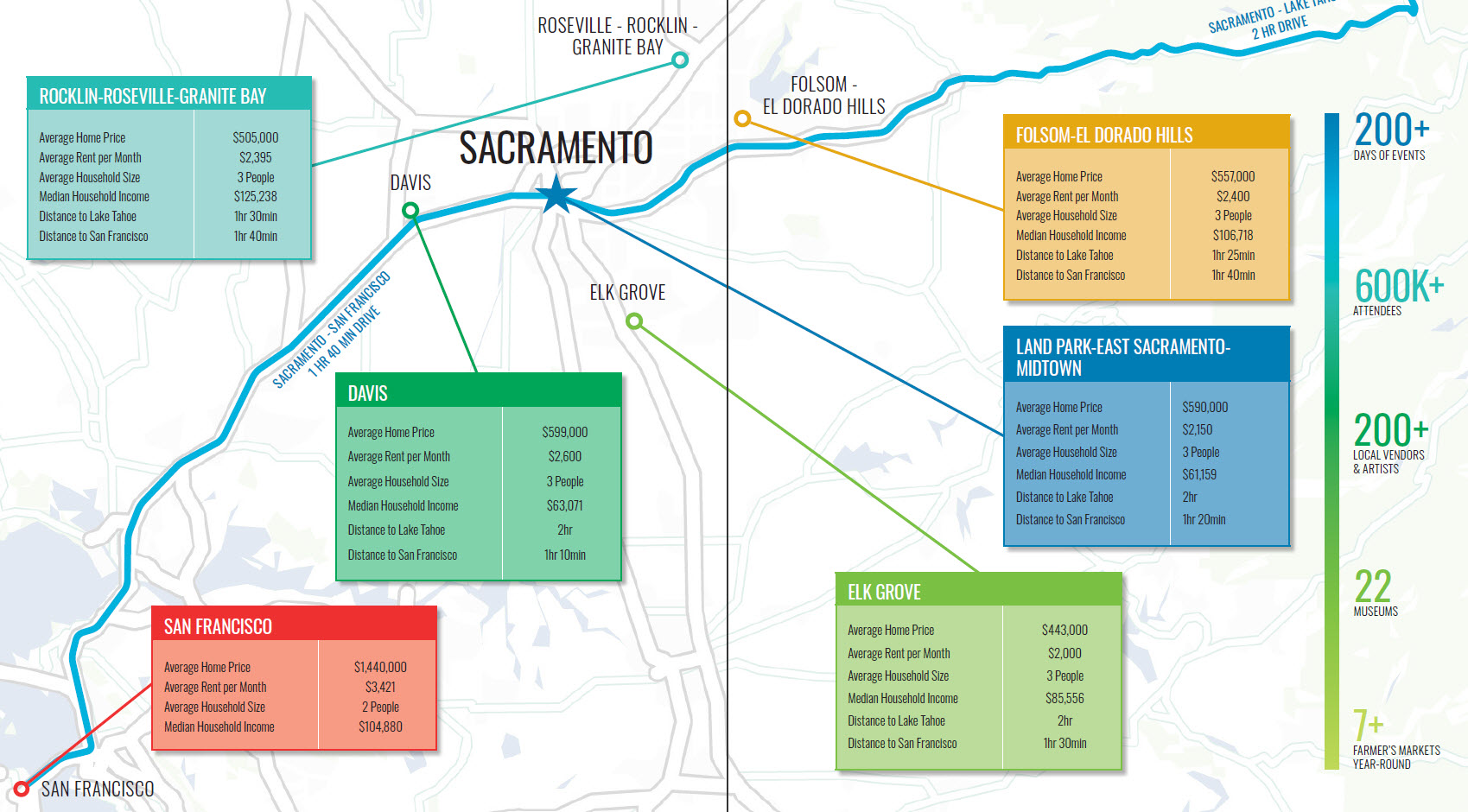 What is really fascinating is the median household income, which probably reflects that the number of students is much closer to Sacramento than it is to even Rocklin or Folsom.

There are clear opportunities for Davis – a huge pool of talent, and it’s key to keep that talent at home.  Which means creating jobs in the STEM field that match the profile of students graduating from UC Davis.

The problem right now, once again, is no space.

“They don’t even see it all,” she said. “So you’re not even getting a look to begin with.”

The city has about 120 acres of undeveloped commercial space, but a lot of that is either unavailable or tied up. The reality is that number is really about 50 acres and most of it in relatively small parcels.

Everything is set up for Davis to be very competitive in this market, except for one – lack of space for companies to move into.  And that is a factor we can control.

79 thoughts on “My View: Looking at the Davis Talent Story”