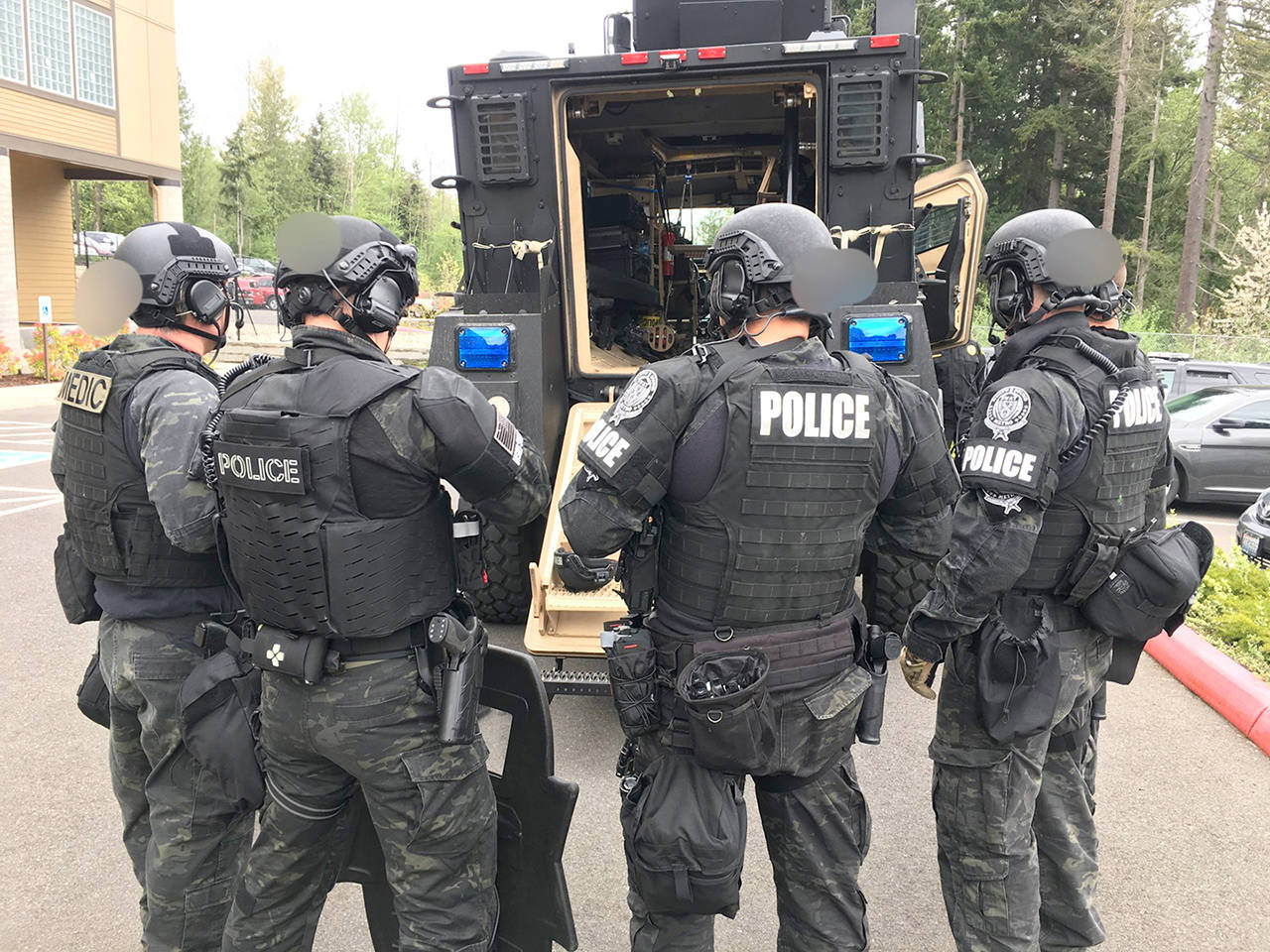 The argument that carried the day for me on Tuesday was not that the ARV (Armored Rescue Vehicle) resembles in appearance more an Amazon Prime van than the tank-like MRAP (Mine-Resistant Ambush Protected vehicle), but rather that the use of the ARV will resemble its more tank-like nature.

Chief Darren Pytel made it a point to note in questions from Councilmember Lucas Frerichs that YONET (Yolo Narcotic Enforcement Team) is no more, replaced by the Cannabis Task Force, and that we have always had access to armored vehicles for those purposes.

But of course that is not what we have advertised with a need for the ARV, or the MRAP before that.  Moreover, there is little awareness or accountability for the actions of such multi-jurisdictional forces.  We are gathering accounts of highly questionable raids led by folks who wear the DPD uniform in other jurisdictions.

But that wasn’t the discussion we had on Tuesday, that was an aside.  The core of the comments were on active shooters, Natalie Corona, El Paso, Gilroy.

The Enterprise in a rare editorial is for it.

They write this week, “The Davis PD, which lost Officer Natalie Corona in an active-shooter incident in January, feels the need to have something closer to hand, and they’re hoping the ARV’s mundane appearance is more acceptable to the Davis public.”

They add, “WE’RE WILLING to defer to the police’s judgment on the need for an ARV. In this environment where criminals and lone-wolf psychopaths alike have increased access to high-power weaponry, an armored van for rescue and SWAT operations is a reasonable request.”

Councilmember Dan Carson said he supports this proposal because he’s been to two memorial ceremonies for fallen police officers.  He noted, in the case of Natalie Corona, “If he hadn’t have been a

lousy shot, it would have been another mass shooting that you hear about in the headlines, unfortunately every week now.”

He added, “We see headlines in Gilroy, El Paso and Dayton, Ohio.  There’s very scary things going on out there.”

But if we look at two recent active shooting incidents, neither appeared to need an armored vehicle.  The Gilroy shooter apparently killed himself after being surrounded by police.  In El Paso, it apparently took about six minutes from the call for service until police arrived.  He surrendered to an officer on a motorcycle with his hands up.

There are situations where an individual then becomes holed up in a standoff – but generally, as Chief Pytel himself has explained, those are long and drawn out situations anyway, where they have moved away from dynamic entries and toward negotiations and discussion.

Despite all of the publicity that active and mass shootings receive, they are still comparatively rare.  The chance of one occurring in Davis is slim and the chance of being able to deploy an armored vehicle in time to make a difference is probably far more slim.

As of September 1 this year, there were 283 “mass shootings,” defined as any incident in which at least four people were shot.  To put that into perspective, however, there have been 37,662 total shooting incidents in the US resulting in 9,932 gun deaths and 19,868 injuries, as of September 1.

The far more likely use of these vehicles – police raids.  As Radley Balko, a journalist who has studied police militarization, found in his research, in the 1970s there were about 300 SWAT raids per year.  To put that into perspective, that is about the number of mass shooting cases we normally have.

And, as he found in his 2006 book, Overkill: The Rise of Paramilitary Police Raids in America, most of those are for surprisingly low level offenses.

He writes, “The most common use of SWAT teams today is to serve narcotics warrants, usually with forced, unannounced entry into the home. These increasingly frequent raids, 40,000 per year by one estimate, are needlessly subjecting nonviolent drug offenders, bystanders, and wrongly targeted civilians to the terror of having their homes invaded while they’re sleeping, usually by teams of heavily armed paramilitary units dressed not as police officers but as soldiers. These raids bring unnecessary violence and provocation to nonviolent drug offenders, many of whom were guilty of only misdemeanors.”

In the fall of 2016, of course, the multi-agency, multi-jurisdictional drug task force that called themselves TRIDENT busted Ted Hicks and Ryan Mears for what was a licensed legal medical cannabis business near Winters.

They were charged famously with felony conspiracy charges to commit misdemeanor crime, eventually taking a deferred entry of judgment on a misdemeanor cultivation, which means a no-contest plea was entered and no sentencing or punishment was imposed.

In other words, a high stakes raid with guns pointing at the men’s families and children for a misdemeanor case.

We have extensively by now covered the raid on Paul Fullerton, with 23 YONET officers raiding his home and business, finding what turned out to be legal weapons, cash that was completely legal and accounted for (and eventually returned as proof of its legality), and a small quantity of cannabis (much of which was also legal and returned).  He also received a misdemeanor plea agreement.

And in the post-YONET world, we understand that the “Task Force” raided, under the leadership of Davis Police officers, a legal cannabis business in Sacramento.  The charges were initially felony conspiracy to commit a misdemeanor – but were dismissed.  Instead, the product was taken and destroyed and it is now an administrative rather than a criminal matter.

Those are three examples of raids that are either in Yolo County or run by an agency out of Yolo County.  All of these produced a frightening use of force.  You can read in the LA Times the terror that Mr. Hicks and Mr. Mears felt with the drug raid.

“I told my 2-year-old son to stay upstairs,” said Mr. Mears, 35. “When I opened the security door, there were 15 cops with assault rifles drawn, pointed, with their fingers on the trigger, in vests, ski masks. They grabbed me and pulled me out front, put me in handcuffs. There were 20 to 30 officers. My son walked downstairs and my wife had to grab him. They had guns pulled on them. It was real painful.”

“Easily, it was the worst day of my life,” said  Mr. Hicks, 43. “Every gun you can imagine was pointed at me. I was like, ‘Why is this happening?’ To add icing to the cake, it was my son’s fourth birthday.”

Paul Fullerton’s wife and daughter still suffer from PTSD from their raid.

These are misdemeanor crimes – at most.  This is what the ARV is going to be used for – drug raids in parts of rural Yolo County, not active shooting situations in Davis.

Is that okay with the council and the citizens?  My problem on Tuesday was that wasn’t the main part of the discussion.

5 thoughts on “Sunday Commentary: We Talk about Active Shooters, but ARV Most Likely to Be Used for Drug Raids”